Northwind, Pubs, Aventureworks, AdventureworksDW, WideWordImporters, etc are important sample databases used in SQL Server. In this article, we will explain these databases and help you to find them, install them and understand them. Also, you will understand the differences between them and each version and type.

First, you need to have SQL Server installed.

Secondly, it is necessary to have SSMS installed.

These databases used to be included in the SQL Server 2000 installer. Now, you can find it on GitHub at the following URL: https://github.com/microsoft/sql-server-samples/tree/master/samples/databases/northwind-pubs

You will have 2 scripts:

We have the Instwnd.sql file which is the northwind installer. The instpubs.sql will install the pub's database.

How to install pubs and Northwind SQL Server sample databases

Secondly, check the code of the sql file. You will see code to create tables and objects and insert data. 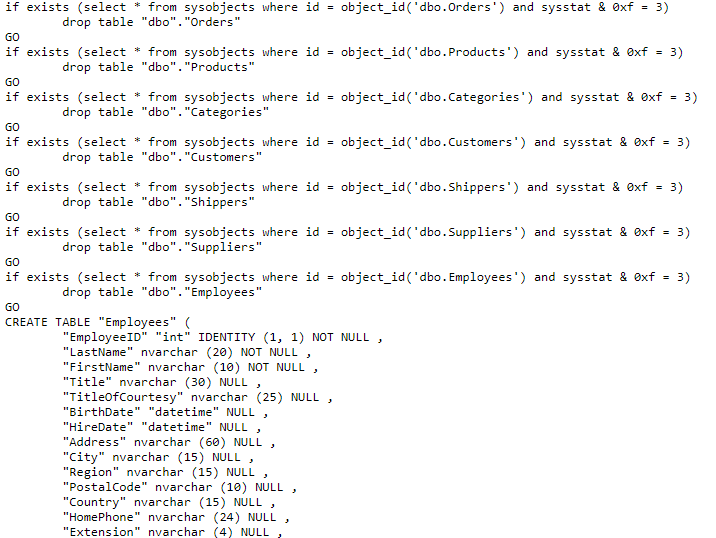 Thirdly, execute the T-SQL code in SSMS. The code creates the object and inserts data.

Finally, you can check the tables, views, stored procedures, etc. 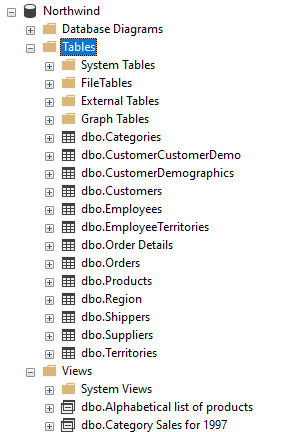 Also, you can apply the same steps to install pubs. In addition, you need to run the instpubs.sql code to create the pubs database. 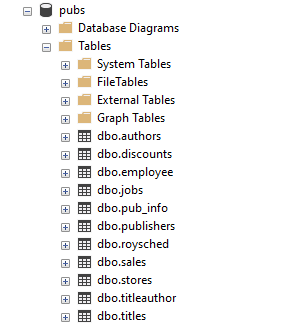 Adventureworks is a fictitious company. It is an international company that produces and distributes bikes in North America, Europe, Asia, and Australia. This database used to be included in the installer of SQL 2005 and then it was distributed separately. The database was in CodePlex, but this site was shut down in 2017. Now the Adventureworks sample databases are stored in GitHub.

We have basically 3 main databases:

Also, we have the following URL shows how to install these databases in SQL Server: AdventureWorks sample databases 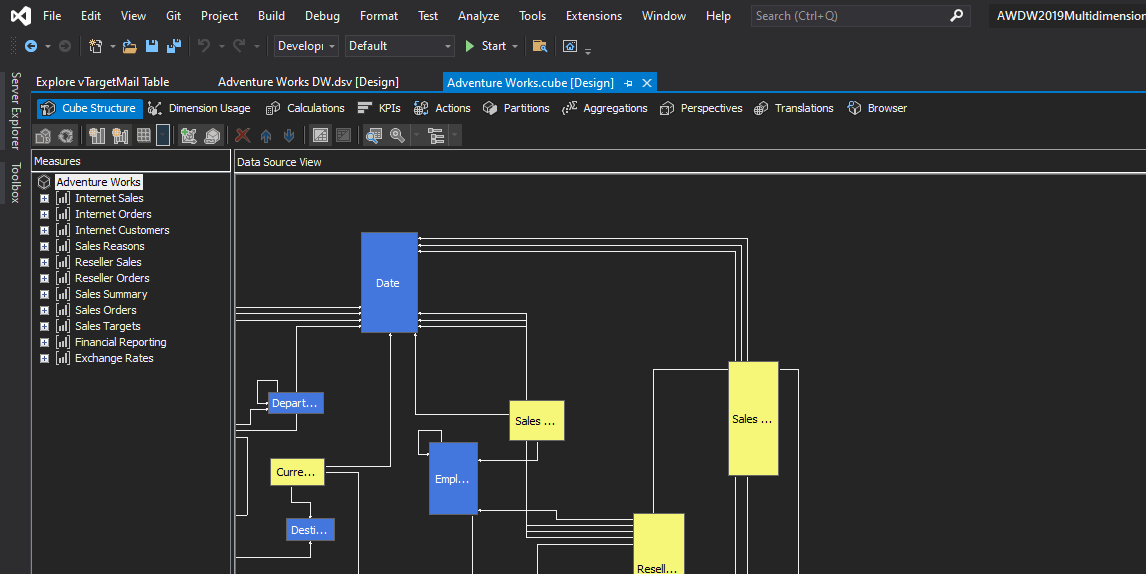 In order to download the project and install it, go to the following link: Install sample data and multidimensional projects

Finally, we have the Wide Word Importers starting in SQL Server 2016. This is a fictitious company. WWI is a novelty goods importer and distributor.

For more information about the company, you can check the following link related: Wide World Importers sample databases for Microsoft SQL

There are several versions of this database. You can find the backups or Bacpac files in GitHub: Wide World Importers sample database v1.0

Also, we have the WorldWideImportersDW database which is a sample database for Datawarehouse scenarios. We also have the standard and full version of databases here. 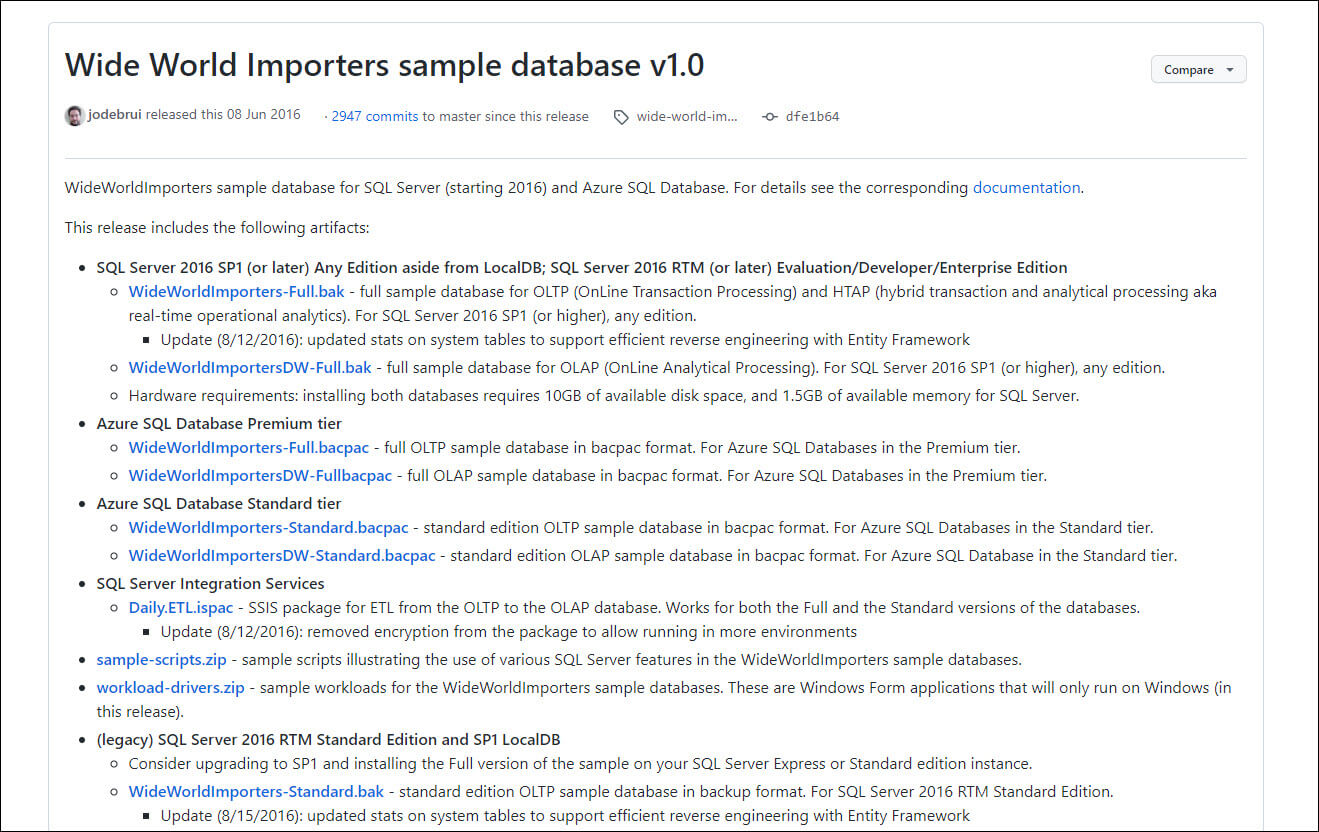 In this article, we will analyze the various out-of-the-box deployment options Oracle Cloud Infrastructure and Google Cloud Platform offers to host a Microsoft SQL Server database. This information can prove to be handy while deciding on the best cloud provider to host a given application or database.

Power Query or SQL Server? Which, when and why

When it comes to developing a Power BI report, we can use it for accessing data, transforming the data, and turning the data into information using visuals. With no doubt Power BI can do the job from beginning to end. Now, this is not the only, nor necessarily the best, tool for all the steps […]

CTAS and CETAS are very important T-SQL features in ASDW. These features allow to create a table and fill with data based on a query.