Turn a Bad Job into a Good Experience 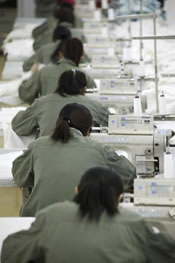 Years ago I had a job that, looking back on it, was

pretty miserable.  After just a short time on the job I became bored with

the work, which was not terribly challenging or interesting.  The

organization was overrun with unnecessary and inconsistent policies and

procedures, making difficult the task of actually getting things done.  A

number of key players in the leadership, while mostly well intentioned, were

neither supportive nor encouraging.  As one of only a couple of IT folks, I

wore a lot of hats and was constantly pulled in every direction, and became sort

of a jack-of-all-trades, unable to focus exclusively on a particular

discipline.  By every available yardstick, I was vastly undercompensated in

both salary and benefits.

And I wouldn't trade a minute of that experience.

In all honesty, there were times that I wanted to run screaming

from the building, and I'll admit to occasionally and briefly wallowing

in self pity.  But in retrospect, every struggle I had at that job has

turned into a valuable career lesson for me.  Having worked for mostly

small companies up to that point, I learned the quirks of a larger bureaucratic

organization and, more importantly, how to "grease the wheels" to get things

done faster.  Because I had a wide and disparate scope of duties, I got the

exposure, and the education I got in hardware, networking, programming, and

project management has stuck with me all these years.  The notoriously

and software resources.  The fact that my compensation was well below

average at the time helped to motivate me to continue educating myself, and the

Pick your own cliche... "Every cloud has a silver

lining", or maybe "When life hands you lemons, make

lemonade" - certainly we've all heard these ad nauseum. But the fact is

that most any bad work situation can be molded into a learning experience.  Working

you want?  Dig in and roll your own solution, and

improve your programming skills at the same time.  Underpaid?  Enlist for

some contract work on the side in a technical area on which you'd like to focus,

year, when volunteers are often scarce) in exchange for free or reduced-cost

admission, which brings a secondary benefit of raising your profile in the

To be blunt, some jobs suck.  The key to surviving

instead, take charge and use the negatives in your favor.