This is a follow up article from Keeping Fact Tables Online while Loading via Partition Switching, where I had discussed different ways of keeping fact tables online. In the second approach discussed in the article (Fig 1), I suggested that partition switching could be used to keep the data in the primary table (in dbo schema) online while data was being loaded into a secondary table (in shadow schema) in the background. In this article, we look at the specific approach in more detail. 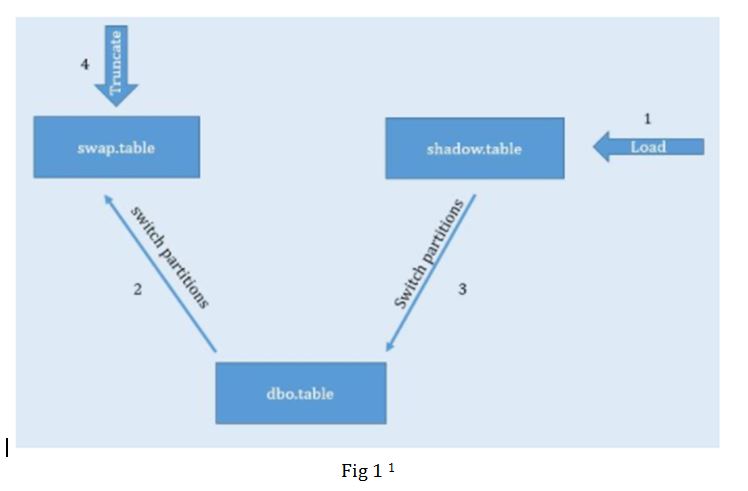 I have used the following steps to achieve the incremental load: 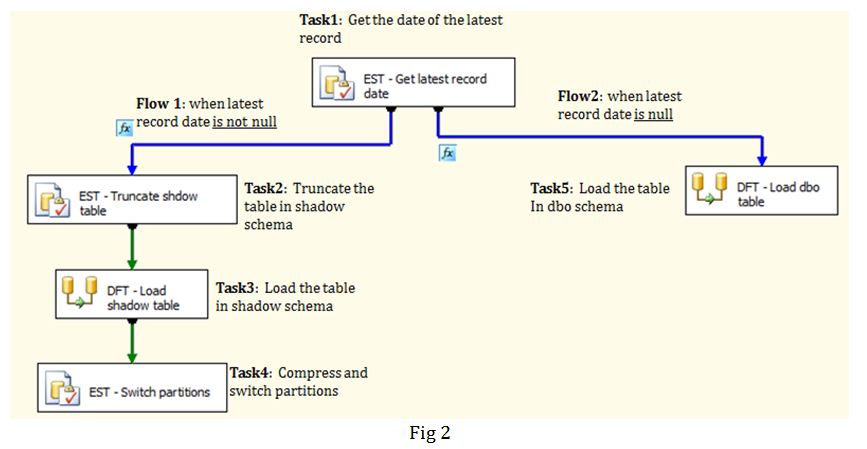 Task 1: In this step, we get the insert date of the latest record using an Execute SQL Task (Fig 3). Here we are defaulting the value to 1900-01-01 in place of NULL. This value is then passed on to a variable v_max_date in the Result Set section (Fig 4). 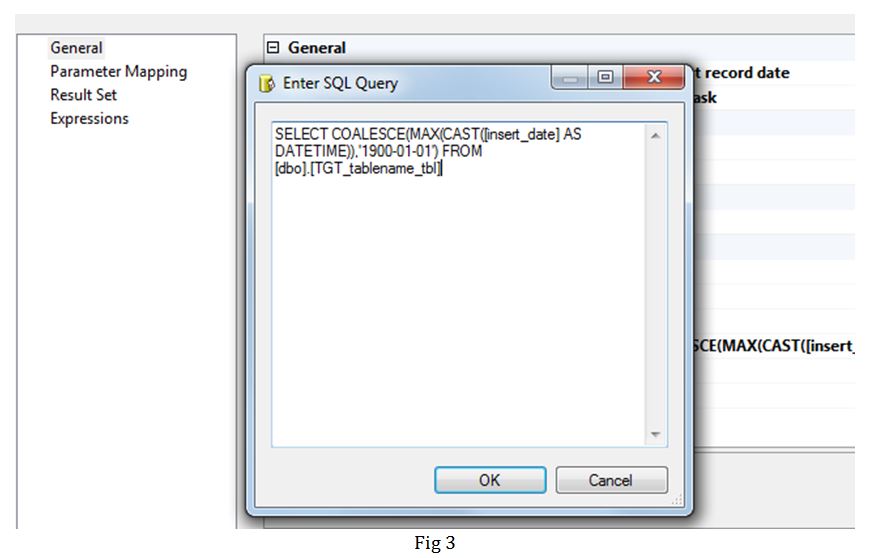 If the source table is empty, tasks 2 – 4 are run else tasks 5 is executed. Flow 1 and Flow 2 contain expressions to evaluate whether the variable v_max_date is equal to 1900-01-01 or not. Fig 5 gives an example of the expression used in the Precedence Constraint Editor. 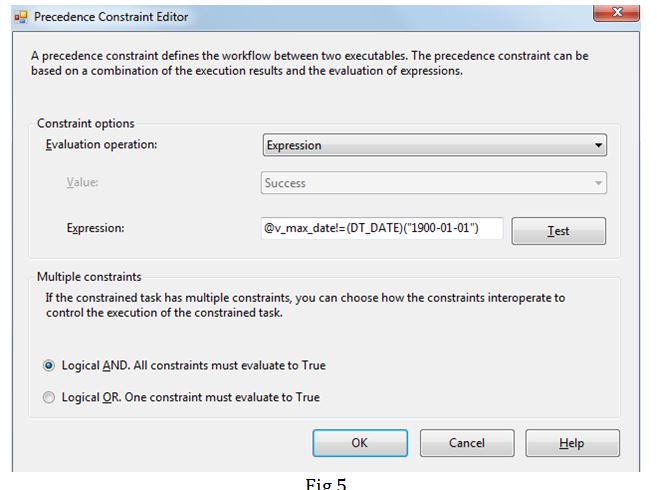 Task 2: Execute SQL Task has been used to truncate the secondary partitioned table. 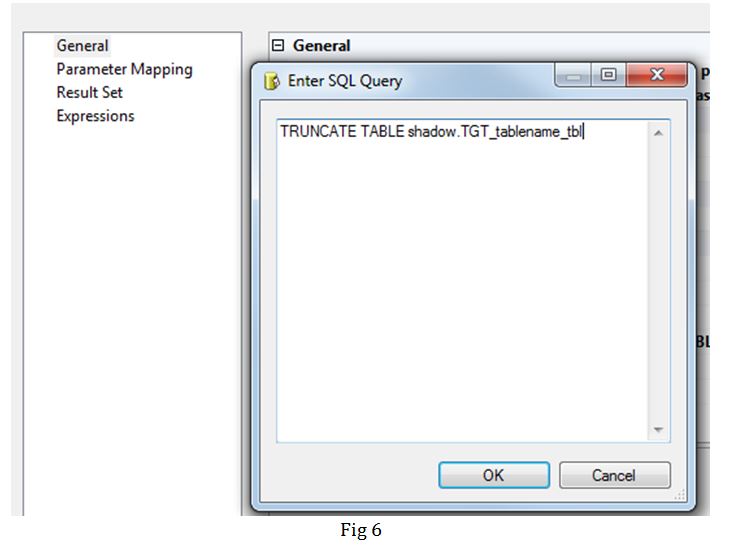 Task 3: I use the v_max_date variable to dynamically construct a SQL query (Fig 7) in a variable v_sql_query which is used in the OLE DB Source (Fig 8) in the data flow task. In the query I am only pulling in data for the latest and the previous quarters as I am confident that data prior to previous quarter is stable. 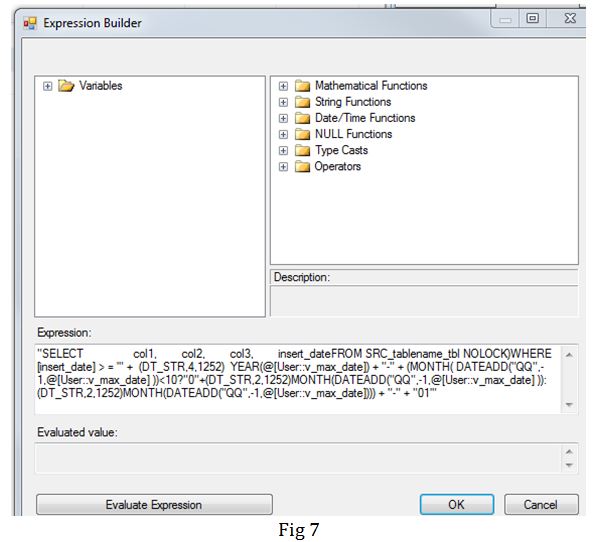 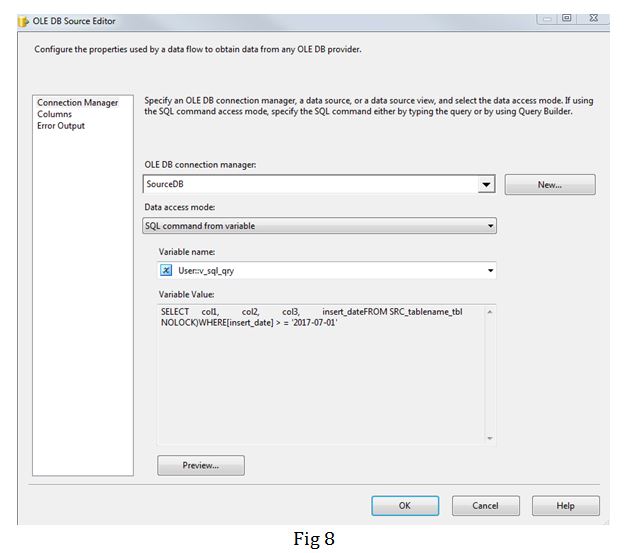 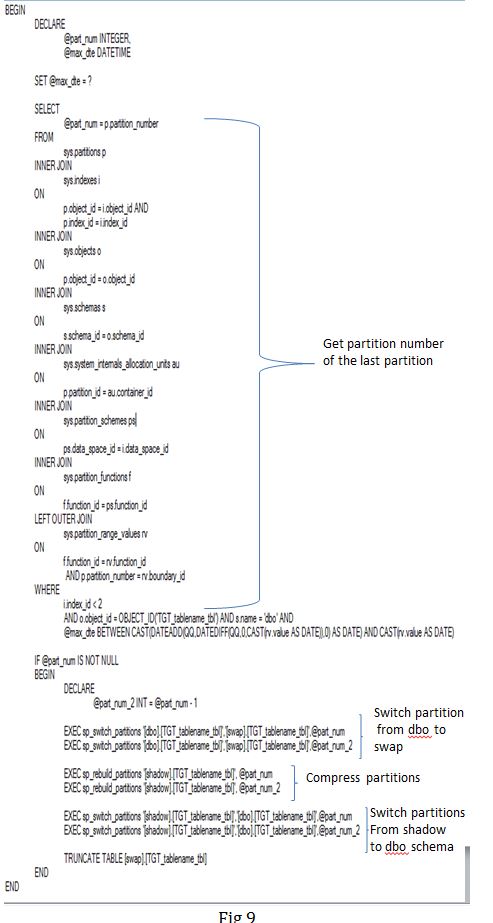 We can see here that partitioning can help us achieve incremental load while keeping the primary table online. This is achieved by conducting the load process in the background followed by very fast partition switching process.

In this article, we discuss how to load large partition tables incrementally.

Part 2 of a series on how to automate partition management. In this article learn how easy managing and maintaining a sliding window partition scheme can be with PowerShell.