How to Visualize Python Charts in Power BI

In this article, we will learn how to visualize data using Python in Power BI Desktop. Python is an extremely popular programming language and it includes several libraries that can be used for charts.

In other words, if you do not know how to use the Python visual, this article is for you. 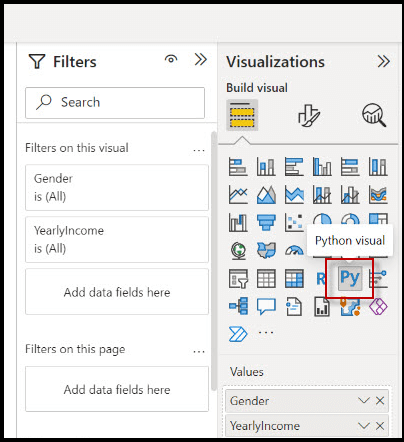 If you know how to use it, do not waste your time here. The article is for newbies, but I promise to have more complex charts in the future.

First, we need to connect to SQL Server using the Get Data>SQL Server option in Power BI. 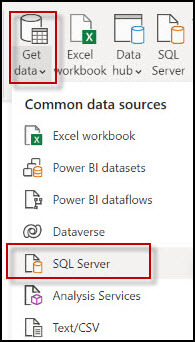 Secondly, we need to enter the SQL Server name. Optionally, we could enter the database name. We can import the data or do a direct query to the database and press OK.

Finally, select the vTargetMail view and press the Load button. 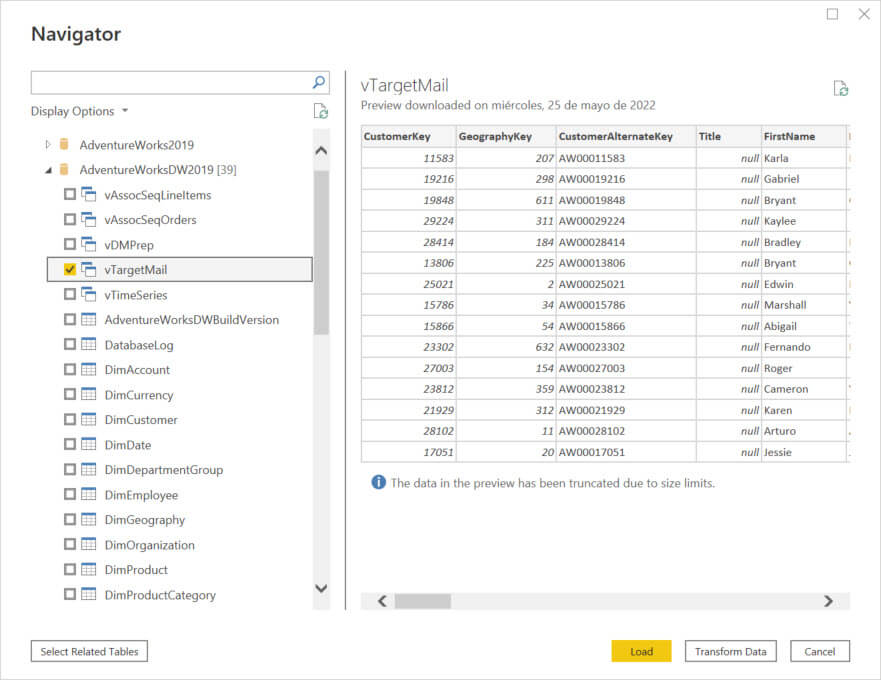 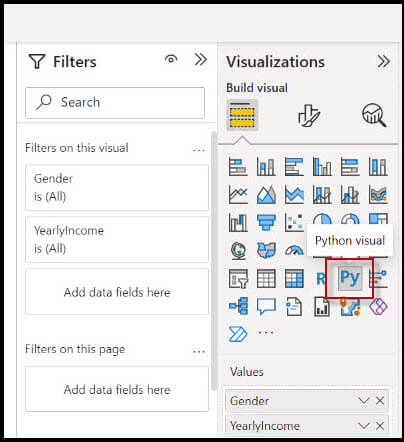 Secondly, in Values drag and drop the Gender and YearlyIncome fields.

You will be able to see the Python Script editor.

The # is used to comment on the code. The commented code is green.

The following code will use the matphotlib.pyplot which is a famous Python library used to visualize graphical data in Python. It is a free open source used as an alternative of Mathlab.

Let’s explain the code lines. First, we import the matphotlib.pyplot as plt. Basically, we are invoking the library to use it later.

The next line is creating a bar chart. We are including the Gender and the YearlyIncome of the vTargetMail view. And finally, the color of the bar chart is red.

Finally, we show the data

Once you have the code ready, press the play button to visualize the chart.

Now, you can visualize the chart. 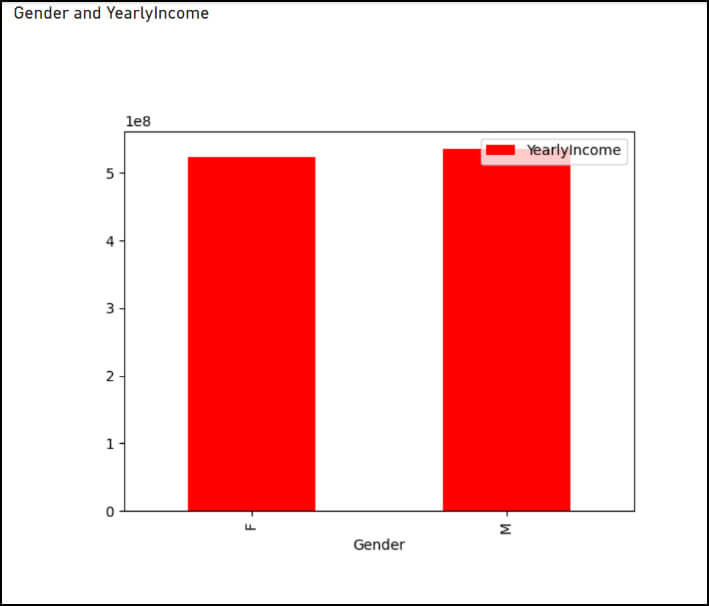 If we visualize the data, we will see the following chart. 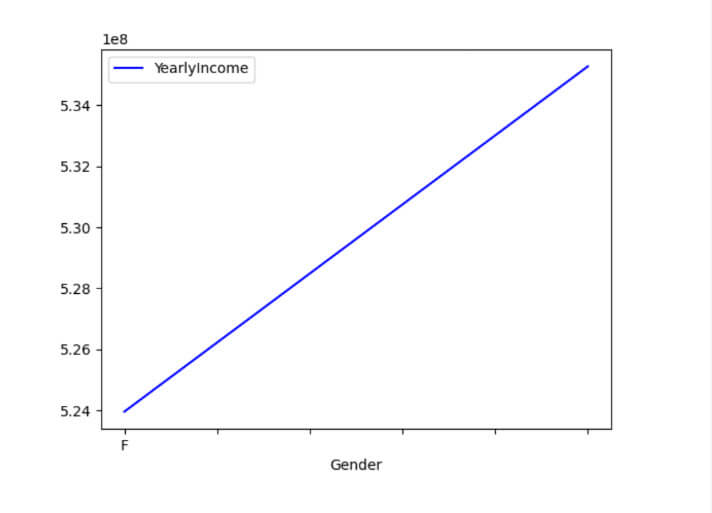 The following code is similar to the first code with red bar charts, but we will add the label in the x-axis and y-axis.

To do that, we will use the following code: 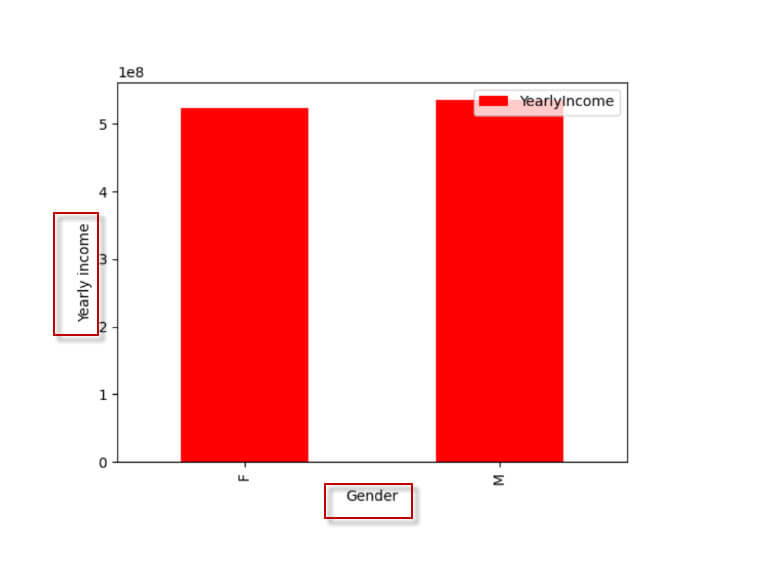 Python charts in Power BI with grids in the chart

Sometimes we need to add grids to have a better visualization of the sizes of the bar charts. The following example is similar to the previous one, but now it is including grids.

The function plt.grid() displays grids in the chart.

Finally, we can see the chart created. 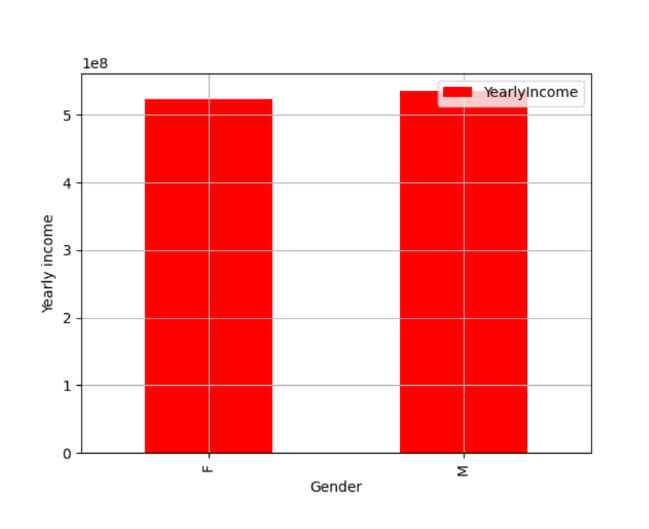 Note that now, we have some grids.

How to visualize Python visualization with eventplot

And last, but not least, we will use the eventplot function of the matphotlib.pyplot.

The eventplot function plots identical parallel lines at given positions. The following code shows how the eventplot code works.

The chart displayed by this code is the following: 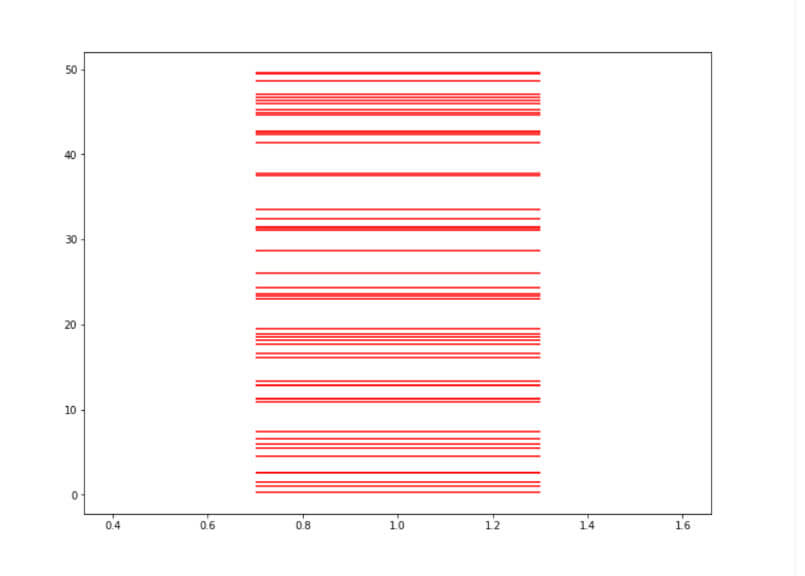 First, we import the numpy library which will be used to generate random values.

Secondly, we import the matplotlib.pyplot library. This library was explained before in this article.

Finally, we have the plt.eventplot. Spike is the position that contains the random values generated for the vertical red lines. The orientation can be horizontal or vertical. In this example the lines are vertical. We can specify the line lengths and the colors. In this example red (r)

In this article, we learn how to integrate Python code to visualize data in Power BI. Secondly, we learned that Power BI includes a Python visualization and we can work with the existing data and use Python libraries to generate special charts.

Also, we learned that Python includes a wide variety of libraries to generate special charts not included in Power BI by default. However, the main problem, is that you need to learn how to code. So, if you do not like to code, you may need someone else to help to integrate Python.

I hope you enjoy this new article.

How to Visualize Python Charts in Power BI Part 4

In this fourth part of the series, we look at various other plot types in Power BI using Python.

How to visualize Python charts in Power BI part 3

In Part 3, we look at how to use Python to create more charts for Power BI.

How to visualize Python charts in Power BI Part 2

This article continues looking at python code in Power BI to produce charts.

How to Get Data Using Python in Power BI

This article shows how you can incorporate Python scripting inside a Power BI report.