Recently I went to work on a SQL Server 2017 instance and couldn't get the Python runtime to load. I'd keep getting this error:

A strange error for me to see, and one that didn't quite make sense. How can the runtime not launch? However, restarting the instance still resulted in this error:

Unable to launch runtime for 'Python' script. Please check the configuration of the 'Python' runtime.

I first checked the sp_configure, thinking that perhaps it hadn't been enabled here, but it had been.

I next found a troubleshooting doc on the Microsoft site. I went through this, and things appeared to be correct, but the permissions stood out to me as a potential issue. Perhaps there is some issue. 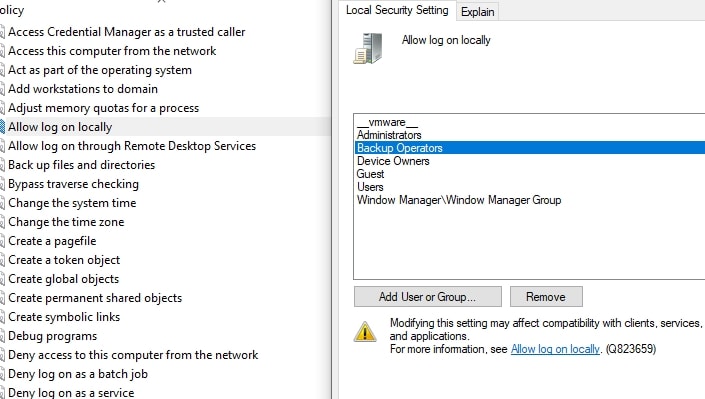 I went to add the group for the Python services, but it wouldn't come up. Once I clicked the type button, I could add in the Groups in the advanced object search. 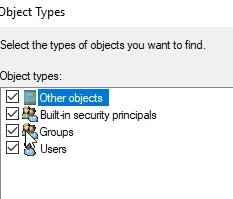 I added this group to the permission set. 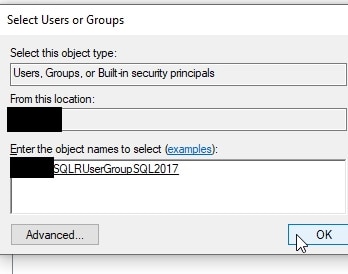 I then restarted services, and ...

Next I decided to look at the Python Services folder. I didn't see my launchpad account, so I added it here. 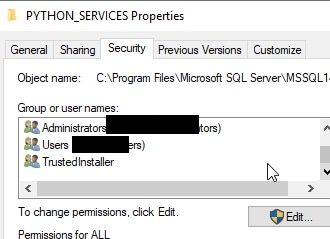 Note: you need to add the NT Service\ text before the account name. 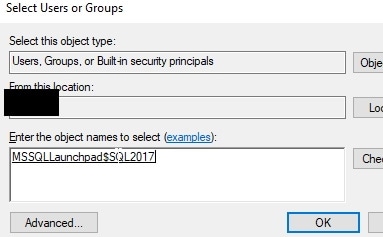 Again, I restarted services, and nothing worked. There wasn't even an error in the error log, which was strange (to me). When I looked at the top, all I saw were the restart messages.

After a little more searching, I find a blog from Greg Low that seemed to fit. I read through it and saw there might be a problem with the launcher. The blog talks about R, but I think the Python runtime works in a similar manner. I checked my pythonlauncher.config and found this: 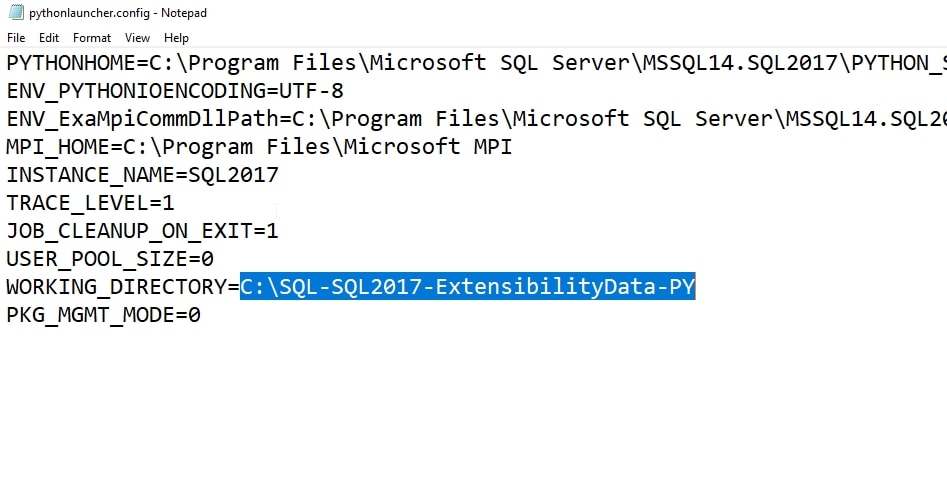 I have no idea where the path listed comes from, and I don't have a folder called SQL-SQL2017-ExtensibilityData-PY the system. I decided to do what Greg did. I created an ExtensibilityData folder under c:\Temp. I then copied in the folders from the old location, which is "C:\Program Files\Microsoft SQL Server\MSSQL14.SQL2017\MSSQL\ExtensibilityData".

I then edited the config file as shown: 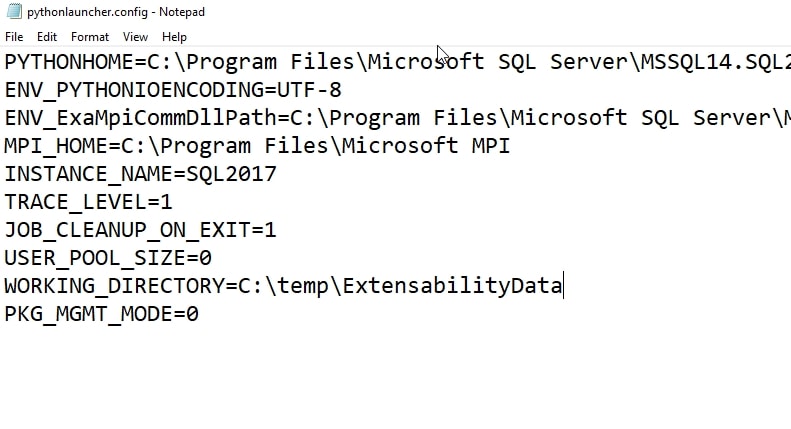 Once this was done, I needed to add the Launchpad service account to the permissions, with full control. Note that copying the folders from the original location kept some permissions and I couldn't set permissions at the top layer (ExtensabilityData) and have it flow. I had to set each individual folder's permissions. There's probably a better way to do this, but I just did it manually since I was in a hurry.

I completed this, and restarted the instance. This time, things worked. 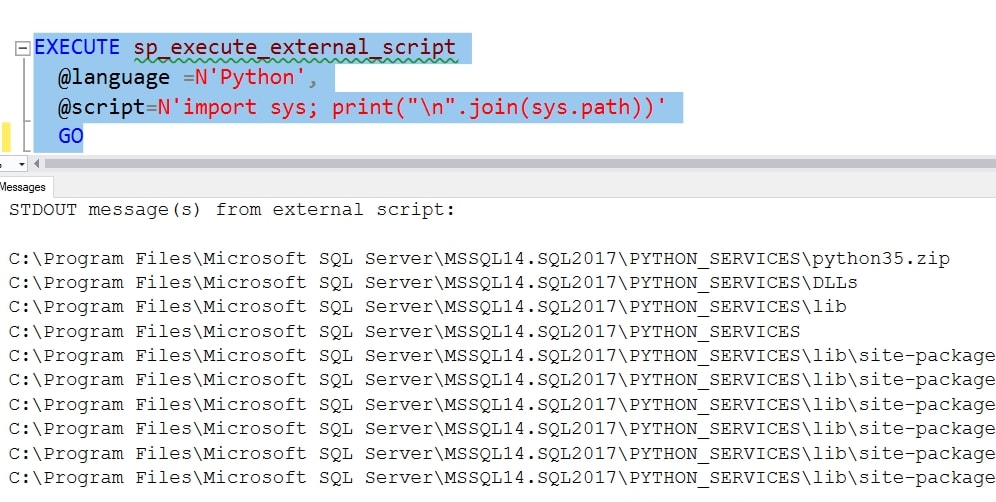 It seems like the installations of R and Python have some issues with spaces in paths, or maybe just paths in general. There are a few posts on the Internet that also talk about permissions not being set correctly.

It really does feel like the Machine Learning Services installation and configuration on Windows is a bit of a kludge and it doesn't always work. If you want to run R or Python code in your SQL Server instance, be prepared to double check some paths and permissions, and perhaps move them around.

Getting the next value