many issues. There are cases though where the tools do not behave exactly as

one would expect. There is nothing more frustrating than finding a tool that is

supposed to help, actually causing an error or behaving correctly but in an

unexpected manner. This article explores a real world case where the DTS Copy

SQL objects task caused me hardship while trying to solve a problem.

The SQL Copy object is used within DTS. In its most rudimentary form it can be

server. In some cases I have used this object to bring a production copy of my

production to move staged tables into a production.

do the following. I wanted to copy objects from Server 1 (a staging area) where

where I have the same databases. The two databases contain tables with the same

name authors and publications, as shown below, and these were the objects that

I wanted to copy. It seemed pretty straight-forward and the SQL Copy object

task seemed like a perfect tool for the job.

Copy task in the package. The DTS packages looked like the one below. One

Server 1 to Southwind on Server 2. 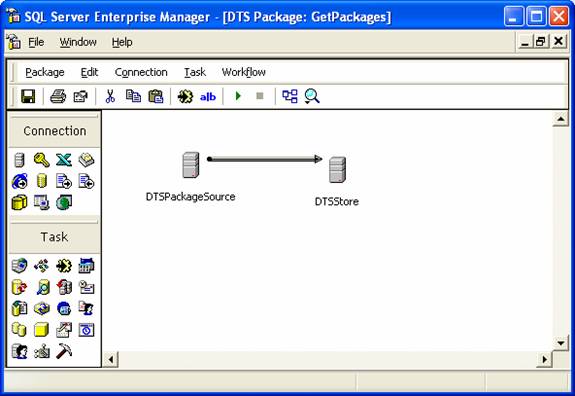 databases. The same phenomena occurred when I tried to copy the tables to

databases on separate servers. For instance, even if I put the Southwind

database on Server 3 it was still empty.

I tried a number of different things to see if I could get this to work. One

solution was to put both tasks in the same package. This only worked if I made

sure that one task finished before the next one started as shown below. 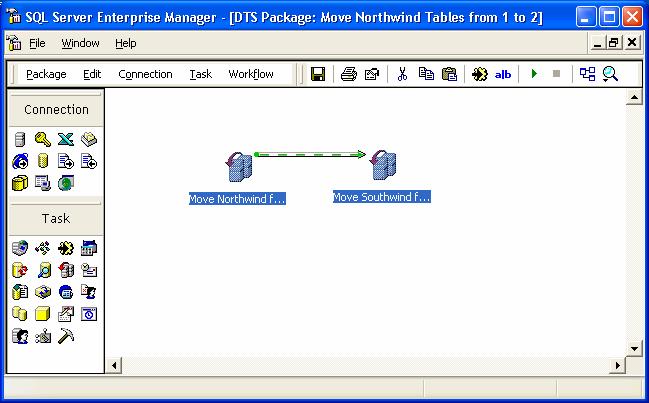 to finish before the next copy began. It took a little time and some help from

others, but eventually we figured out what was wrong. Once you know how the SQL

Copy objects task works it is pretty easy to see what was happening.

copies data into any tables and applies indexes. If you look at the properties

of the task you will see 3 tabs (Source, Destination and Copy). 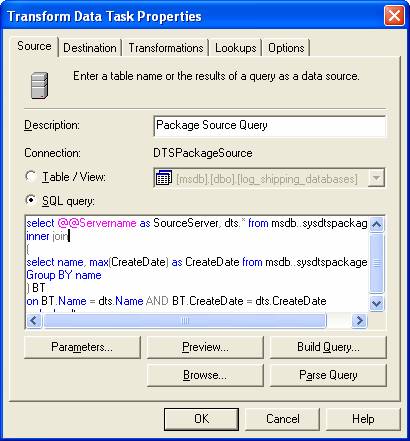 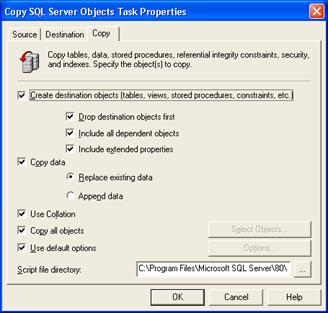 directory. If this directory is changed for each of the two copy tasks, one for

the Northwind copy and another for the Southwind copy everything worked. If I

copy the issue seems obvious. In the following figure all the needed files that

were created to script to load the objects are listed. When I compared the

directories I see the problem right away. The BCP file that is used to move the

data does not have a fully qualified name. When the Southwind and Northwind

place. It is this file contention that results in only one of the databases

having the tables populated while the other remains empty. 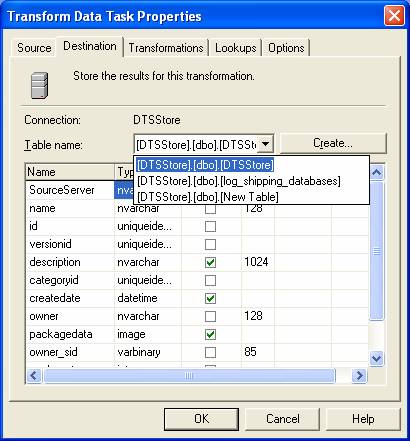 problem but tracking it down took quite a while. It also shows why doing some

digging into the options of a task can yield some great dividends.

databases contained millions of rows. In my opinion this made the likely hood

of the collision much greater because of the time it took to load the tables.

In an environment with small tables this issue might not be noticed. In a

the SQL Copy objects task. I am still trying to figure out the solution to that