Transparent Data Encryption (TDE) is one of the key security features available in SQL Server from SQL Server 2008 onwards. Using this feature, the ‘data at rest’ in the physical files for the database, are protected from unauthorized access if the files are copied, or the physical media is stolen. TDE is available with SQL Server, Azure SQL Database, and Azure Synapse Analytics (SQL DW) data files.

This level will explain how TDE works and cover the steps to implement TDE using certificates and a Database Master Key.

When data is read from disk, SQL Server decrypts the entire block, making the data visible to the database engine. When data is inserted or updated, the SQL Server database encrypts the entire block written to disk. TDE performs this real-time I/O encryption and decryption of both the data and log files to protect data at rest. The encryption is transparent to any user or application querying the database.

Once TDE is enabled for a user database, then the tempdb database in the instance will also be encrypted, as the database may contain the temporary user objects, internal objects, and row versions which can expose the sensitive data.

The following diagram illustration in Books Online gives a clear-cut idea on the architecture of Transparent Data Encryption using Certificates and the Database Master Key (DMK). 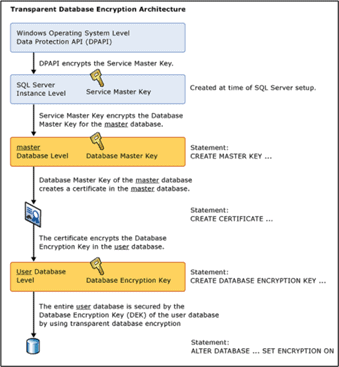 Fig 1 – From the SQL Server documentation

The keys involved in TDE are as follows:

To enable TDE for a user database, we create a Database Master Key (DMK), a Certificate, then a Database Encryption Key and turn on the encryption in the user database. The steps below outlines the steps.

The first step is to create a DMK in the master database. The below DDL command (CREATE MASTER KEY) is used for the DMK creation. The password used in the script should be strong as per your password policy and kept safe . It is required to recover the user database in another server with the same master database restored.

The below script will create the certificate 'TDETest_Cert' in the master database.

SUBJECT =  Field in the metadata of the certificate as defined in the X.509 standard.

START_DATE = Date on which the certificate becomes valid.

EXPIRY_DATE = Date on which the certificate expires.

Once the script is executed, a certifcate named 'TDETest_Certificate' will be created under the Certificates folder under Security folder in the master database.

However, it should be noted that the certificate created above should be backed up to a secure location. If the server ever goes down and if you need to restore the database in another server , you will have to import the certificate to the new server.

The DEK is required to be created in the user database before the database can be encrypted by using Transparent Database Encryption (TDE). When a database is transparently encrypted, the whole database is encrypted at the file level, without any special code modifications.

The Certificate created above encrypts the DEK in the user database.

The arguments used in this code are as follows:

Once the script is executed, we will receive the below warning message in Fig 4 stating that the certificate created for encrypting database has to be backed up in a secure location as it is required to restore or recover the TDE enabled database on another server.

The encryption progress of the database can be checked by querying the DMV sys.dm_database_encryption_keys  with the below query:

The encryption_state value from the above query will be an integer value that can be interpreted with these values: 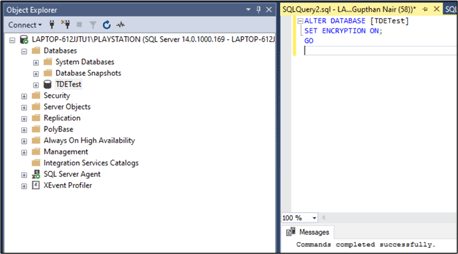 Once the script execution is complete, the Encryption Enabled property will be changed to True, as shown in the figure below. 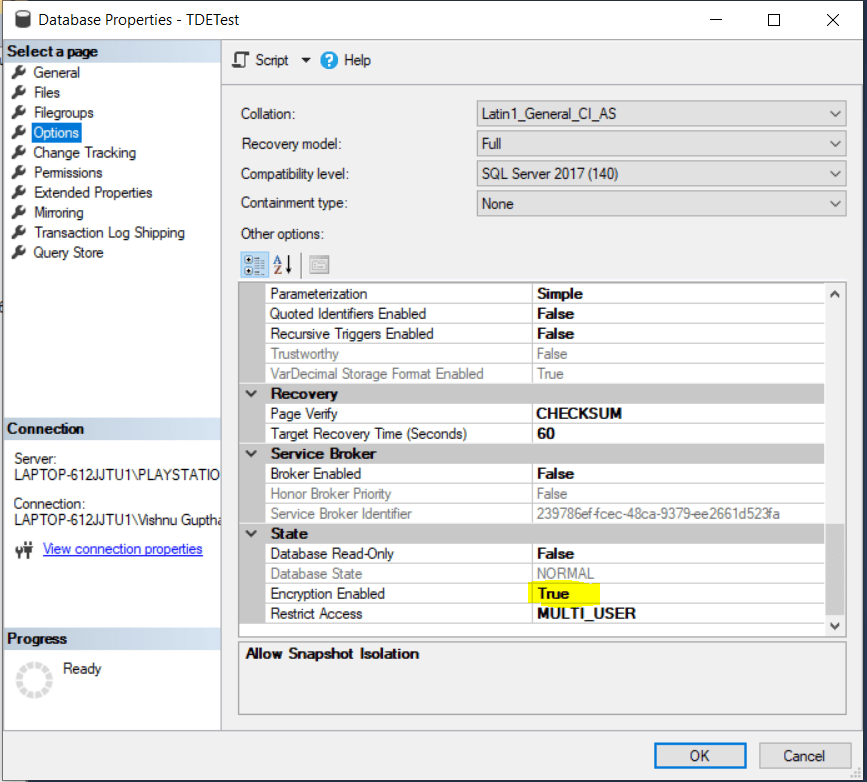 Transparent Data Encryption is a feature available with SQL Server for  securing the data "at rest". This article explains the steps to be followed for configuring TDE in a user database in SQL Server using a certificate and a Database Master Key.

In this third level of the Stairway, we examine how to store your encryption certificate in the Azure Key Vault.

Restore a Backup of a TDE Database to Another Server: Level 2 of the Stairway to TDE

In the second level of the stairway to TDE, we examine how you can restore your databases on another instance after moving the encryption certificate.

Configuration of SQL Server Always on in Azure Virtual machines differs in multiple ways comparing with the on-premise Implementations. This article will help you to have a handy note to configure always on in Azure servers from a DBA perspective.