Some of the common routine activities that we do on Sql Server are :

For the point mentioned 1 and 2 above, I had tried to ease with this powershell utility  http://www.sqlservercentral.com/scripts/Backup/151723/

In this post, I will talk about a utility which would ease generating table scripts even by an app developer without accessing SSMS.

The advantage of this powershell utility is:

1. It allows the user to exclude identity columns in the data scripts

2. It allows the user to specify the number of rows to be populated in the data scripts.

Let me do a walkthrough !!

On executing this script, it asks for :

Fig1.0
we get the scripts generated as shown in figure 1.1 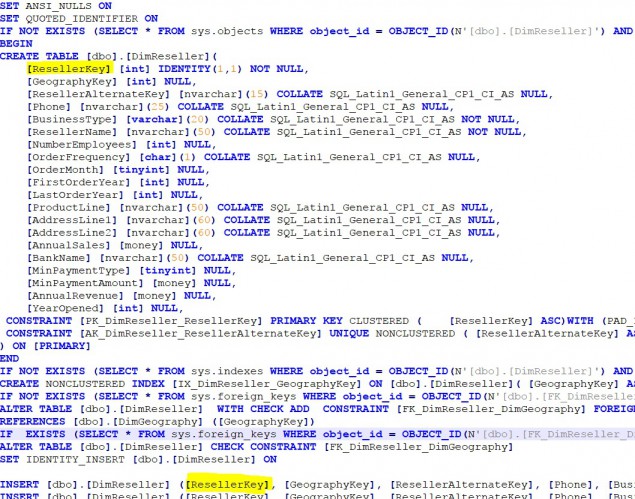 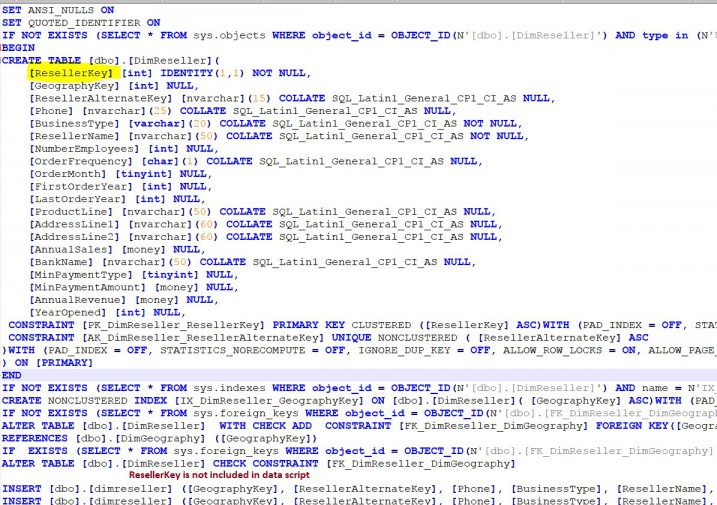 The data script contains around 701 rows and we do not put a limit on number of rows as shown in figure 3.0 and 3.1

However, we may require a subset of rows for our testing purpose. Let’s say we need just 2 rows, then we need to pass below parameters:

Do you want to create data scripts for fixed number of rows  : y

Enter the number of rows required in the data script: 2

We see that we got just 2 rows in the data script as showing in figure 4.1

How to use the script

1. Paste the powershell code mentioned in this article in a text editor and save the file with extension “ps1”, let’s say the file is saved as GenerateScripts.ps1

2. Let’s say the file is saved to a location : c:\utility\GenerateScripts.ps1, create a batch file with the name GenerateScripts.bat in the same location as the powershell file and paste below mentioned code in the batch file

3. After executing this utility, the scripts are saved in the same folder within the file “scripts.sql” file.

To execute the option for exclude identity columns and limit the number of rows in data scripts, the user should be a member of db_ddlAdmin or db_Owner role.

I would love to hear the feedback and suggestions on further improvements to this script !!

Introduction to Windows PowerShell for the SQL Server DBA Part 2

To continue this series on Introduction to Windows PowerShell for the SQL Server DBA, this tip will look at the pipeline and output processing.

Learn how to restore an Analysis Services database to the same or different location, from a database backup file with password protection.

Part 8 of our discussion on how to check SQL Server using Windows PowerShell examines how to get the SQL Server connection information.

For all of us who learn best by trying out examples, Bob Sheldon produces a PowerShell script file for SQL Server that can be used in either SQL Server 2005 or 2008, has error handling and prompts for user-input, is easily extended and, does something useful. He then explains how to run it and what each line does.

Powershell is the new management interface for scripting and working with SQL Server that is integrated into Windows 2008 and SQL Server 2008. The author of a Codeplex project introduces some extensions that try to make it easier to use Powershell with SQL Server.