The Inmates in Charge 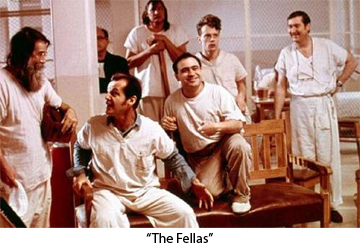 I saw an interesting article about computer management that suggested that we let users manage their own PCs, something that IT departments have traditionally resisted.

It was never a problem for me for years because I was often a network administrator in addition to being the DBA. At smaller companies it goes with the job, and it allowed me to help out, and at larger companies I tended to be in the same group as the network administrators. So I could pretty much do what I wanted, and I liked having all users' desktops being standardized. It made it easy to support them and know what the capabilities and likely issues were with each desktop.

However a few years ago I wrote about some friends at Oracle and how there was no real central IT. Each person was responsible for their own desktop, including patching. As a result there were many desktops that weren't patched, but many were, and no standard configuration. So viruses and worms couldn't go through because it was such chaos.

This particular article is in response to a presentation by Google that talked about how they allow each user to manage their own desktop with some support from IT when needed. Apparently BP is piloting this approach as well, and they have tens of thousands of devices to manage.

In years past, many people, even lots of developers and DBAs I knew, didn't really know how to manage a desktop that well. Think about those old autoexec.bat and config.sys days. The intricacies of ini files and DLL conflicts in Windows were beyond most people and allowing them control over their own machines would result in lots of support calls.

And not a lot of work getting done.

Or would it? I think the stability and protection of Windows has improved, along with the ease of configuration so I'd expect that most people could manage their own PCs. Most of them do it at home, so why not at work?

I think this is actually a pretty good idea. Give each person a budget for equipment, set up "stores" with your vendors and let people purchase what they need, or even want. There's something to be said for a happier employee that feels some ownership towards their PC. Maybe they'd use it just a touch more 🙂

PS: Vote for Service Pack 3 for SQL Server 2005. Right now there are no plans to release it. We need your vote so Microsoft will build it.