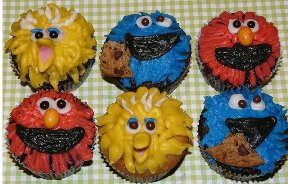 I guess you can probably see this sentence if you can see the one above, but you've been warned.

Over the course of my life I've remembered that quite often and I've noticed that the people I like and whose company I enjoy, I'll pick on, make fun of, joke with, and more. The people I don't like tend to get treated more formal and professional. And I've seen that in many places I've worked and even in social situations. You joke with those you like, or at least respect. And they joke back with you.

So, why is SQL Server better than Oracle?

That's easy. This is SQLServerCentral. Of course, SQL Server is better!

I tend to pick on Oracle more than other databases, mostly because Oracle has dominated the market share and space in the relational market for years. So in many ways they're an easy target. DB2 is up there, but it's not as much fun picking on them for some reason. Maybe because those mainframe guys with their tin foil hats won't listen or respond back 🙂

But they're a great product and I respect it, and so I pick on it a little. OK, so maybe more than a little, but it's all in fun. If I didn't think Oracle was a worthy competitor to SQL Server, I wouldn't even mention it. Notice that there are some other databases I don't really mention. That's kind of on purpose.

So if you're an Oracle user, and I know there's a few of you out there, don't get upset at the Oracle jokes. They're jokes. It's in fun.

Some of you are so uptight about your Oracle Parallelogram Server and the Really Ancient Cluster servers, and the Sesame Street Documentation. It's not as much fun picking on you when you get too upset.

Life is fun, and you should make every effort to ensure it stays that way. There's plenty of things that keep us serious and demand our attention without making more. Lighten up and fire your own joke back at me.

There's certainly plenty to pick on about me and SQL Server.

Send in some feedback and let us know what you think.

Music for today's Podcast from: Everyday Jones, All You Said was used in the stream.

The Value of Information

If I have accomplished anything, it is because I have stood on the shoulders of giants.