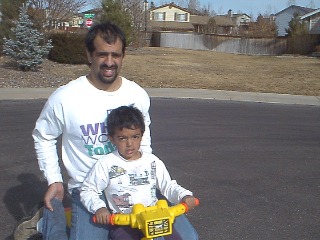 Who knows, and it's too early to tell, but apparently there's a mini-kernel version of Windows 7, the one after Vista, which fits into 25MB on disk. That's a touch lower than the 4GB that Vista takes up.

Granted it's not a full OS, just the kernel, but it's a nice start to thinking about slimming down the product. I think a lot of software has gotten out of control in it's size. Mostly this is because we push features, marketing and sales don't want you to take time to make things more efficient, and both CPU cycles and disk bits are cheap.

The article references a video of a presentation by Eric Traut, one of Microsoft's Distinguished Engineers. In the talk where he shows this new kernel (MinWin), it also shows off Windows 4, 3, 2, and 1.

I have to admit that was pretty cool. I never used, or have even seen, Windors 2 or 1. Both look similar to Norton Editor or some other DOS utilities, but they're window driven. However Windows 1 doesn't support mice or arrow keys. Anyone remember keyboards without arrows?

In any case, I like the idea of building slimmer, leaner, versions of Windows and then loading those components needed for whatever duty the machine will perform. Want a web server, just load that client code. No need for alerting, Domain controller or Active Directory code, etc. Want a SQL Server? Just load what's needed.

It's always stunned me to see Windows load all these drivers during the install and then try to choose one. Why not load the minimum, ask the user or detect some hardware and only copy down those files?

I'm wandering a bit here, but if you remember the days of NT 4.0, we had a lot of discussion, debate, and even some dissection of the differences between the server and client code. Especially when there were IP and connection limits on the workstation version. Eventually someone realized they were essentially the same code, just some tweaks and registry settings.

Personally my view was that we should just load the minimal stuff needed for the OS and then have each application package (SQL, web, etc) load what it needed and then tweak the OS to function more efficiently for that application. Even today I can't believe that a kernel and disk system tuned for the web isn't inherently different than one that would be tuned for a database server. Even us DBAs know that our OLTP servers need to be built differently than our OLAP servers.

Maybe I'm wrong, and please inform me if you think so, but I can't help believe that a "slim" version of Windows that only loaded what was needed would run better.

Just like what I saw in the early days of Unix.

The Voice of the DBA

Today's podcast features music by Wakamojo, the Kansas band featuring our very own Adam Angelini, DBA from the heartland and SQLServerCentral.com community member.

The podcast feeds are now available at sqlservercentral.podshow.comto get better bandwidth and maybe a little more exposure :). Comments are definitely appreciated and wanted. You can get feeds from there.

Someone called me the "Voice of the DBA" awhile back and I liked it. So that's what I've named the show..

I've done video the last few days, but it's a big time consuming process and it's gotten me a bit behind on other things. I will probably drop to three times a week unless there's a lot of interest to keep going everyday. If you like it, tell the boss!

The Value of Information

If I have accomplished anything, it is because I have stood on the shoulders of giants.