The Age of Software 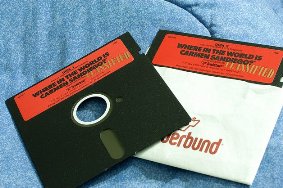 Does the age of software matter? It's an interesting question and one which recently came to my attention after a blog post by Dan Jones. Dan works on the SQL Server team and posted a note that the SQL 11 (Denali) tools would only be supported on certain operating systems, of which Windows XP was not one. In the comments on his post it seemed that there was a split in how this decision was viewed by readers, with a number of people saying that a ten year old OS didn't need to be supported and should be upgraded.

However, in my mind, the age of the OS isn't an issue. If the OS still works for you, there's no problem running it. My wife's company has the majority of their users on XP, and she just received a new laptop with Windows 7 just a few weeks ago. There wasn't any fundamental reason for the change, as all their business applications work fine with Windows XP, but as new hardware is purchased, there often are not XP drivers, so employees are slowly moving. That seems to be the case with many companies, who find XP to be a very solid OS for most users.

However for SQL Server, I agree with the decision. The test matrix for SQL Server tools is likely huge, and they are supporting two desktop operating systems (Vista and Windows 7) as well Windows Server 2008 and Server 2008 R2. I would rather that the resources working on adding features, and fixing bugs in SQL Server, not be diverted to working on XP or Windows Server 2003 as those are too old. Not old in age, but old in versioning, being more than a version behind the current operating systems.

I know there are a lot of people that are not happy with this, and I can understand their reasoning, but I just don't think that the number of companies that want to go to SQL 11, and are unwilling to allow developers and DBAs to upgrade to Windows 7 is large. Personally I'd rather have more resources devoted to more exhaustive testing on the current set of operating systems and fixing any bugs that are found.