I was recently asked which historical figure I thought would make a great DBA. The examples given were Truman or Nixon and Brahe or Da Vinci. I came up with two generals, Ludendorf and Wellington, as examples. What can I say? I read a lot of military history. The idea of the question was pretty clear, and no, it’s not how much history do you know. The interviewer was trying to get an idea of what I thought would make a good DBA and whether or not I could find historical examples to communicate and support my opinion. 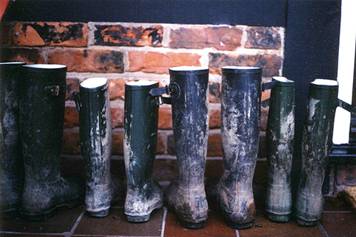 This wasn’t for a job interview. I was not pursuing the color of my parachute or worrying about hunters and cannibals. I tend to find those types of questions in a job interview sort of insulting. This was for an interview by a web site. Interestingly enough, for this question the concept really stuck with me. And I found myself thinking about different historical figures and whether or not they’d make a good DBA. Thomas Alva Edison, oh yeah, but he won’t be a DBA for long because he’s planning on being CIO. Henry Ford… uhm… no. But it’s not enough to flip bits, yes for Newton, no for Locke. You need to be able to justify the answer. Why would Hannibal be a good DBA yet Scipio Africanus would not be? It’s the justification for the choice that truly illustrates your thoughts and understanding of the job of a DBA (or developer or whatever).

I won’t repeat my original choices, but instead I’ll come up with a new one. I’ll stay away from generals, although I think I could make quite a convincing case for Gustavus Adolphus being a heck of a good DBA. I’ll go with US Presidents this time. Grover Cleveland was president twice. Notice I didn’t say he had two terms, although that’s true as well. He served two non-consecutive terms. His first time in office, a Democrat in the age of the (semi)permanent Republican majority, Cleveland had to contend with quite a few issues. His approach was to try to balance both sides, choosing to leave Republicans in office while he transitioned his government and standing up to unions when necessary. I think these acts would make for a good DBA. I say this because I think a DBA has to be able to balance that perfect, 5th normal form database with the needs of the real world, and arrive at a compromise, which works well, like Cleveland transitioning carefully into office. A DBA also has to be able to stand up to his co-workers and tell them absolutely “no” at times in order to act to protect the integrity of the database, like Cleveland did with the unions.

I find it all an interesting exercise, but I don’t think I’ll be using the question in any of the job interviews I run any time soon.

Guest pocasts from The Scary DBA