Gender Differences in the Workplace 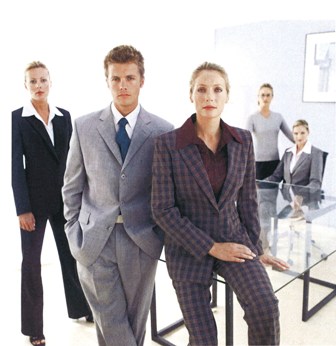 Today we have a guest editorial from Jessica Moss, MVP and author of our Stairway Series on Reporting Services. I asked Jessica to write on this simple statement: are women and men different? This week is filled with guest editorials that tackle this subject, and I hope you enjoy them. - Steve Jones

Throughout my education and career, I have been one of the few women technologists surrounded by men.  Keeping in mind that my view on gender differences may be biased, my experience has led to me believe that there are no differences between men and women in a professional capacity.  Unfortunately, men and women are treated differently, of which everyone should be cognizant to promote a comfortable workplace.

One reason that people treat men and women differently is perceived gender personalities.  A female personality could be described as emotional, communicative, and family-oriented.  On the other hand, a male personality could be described as aggressive, detail-oriented, and ambitious.  While certain people have more of these traits than others, it is a disservice to your coworkers to assume anything based on their gender.  Be sure to reevaluate your perceptions from time to time to prevent falling into this trap.

A perception of someone can be more important than the reality.  What someone thinks of you professionally can affect your work environment, promotions, and career path.  Understanding and counteracting the perceptions that others may have about you can help you overcome any negative side effects.

A subcategory of perceptions is the first impression.  People find it hard to change a first impression, which makes this especially important when dealing with the difference in gender treatments.  Throughout history, many women authors have chosen male nom de plumes to ensure their work would be published rather than judged by the book’s cover.  While I am not suggesting that you take this extreme approach, dressing in a professional manner and always conducting yourself in an adult manner can help to take gender out of the equation.

On the other hand, first impressions can be made through no error on one’s own behalf.  If an adverse impression has been made, you can assist in dispelling these thoughts by not playing into another’s first impression.  In a scenario where a male coworker is thought to be a meathead because he visits the gym regularly, you may encourage his participation in a literary discussion where he can prove his intelligence.

After a certain amount of time, people form lasting impressions about the people in their life.  By focusing on an individual’s strengths and weaknesses rather than gender biases, an appropriate opinion can be developed.  Managers can help this by not playing into gender stereotypes, such as not asking the female in the room to take notes, which would devalue her role in the discussion.

The desired goal is to treat everyone with the same level of respect no matter their gender by promoting professionalism above all else.  Even though men and women are not different in the workplace, everyone can help create a productive workplace by recognizing and responding to known gender perceptions.