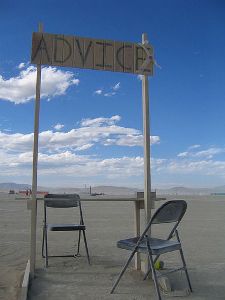 As a technical professional, writing requires a certain measure of bravery, whether you're replying to a question on a discussion forum, writing a blog post, or composing an online article.  Writers put themselves out there for all to see; their skills (technical as well as writing and English) are on display and open for public scrutiny.  Most true professionals do a good job of self-screening, and generally post good information in these types of outlets; however, occasionally some incorrect information will work its way into otherwise reputable sources.  So when you come across bad advice online, how do you politely inform the writer that they may be wrong without embarrassing them or squelching their initiative and creativity?

Recently, I've observed several cases where obviously bad advice was being posted in very public (and generally reputable) venues.  The advice being given, although seemingly well intentioned, was far beyond the fence of commonly accepted best practices.  In a couple of the cases, the facts presented in forum responses were irreconcilably wrong.  The most surprising components of this scenario were not the invalid bits of information that were initially presented, but the responses - or in some cases, the lack thereof - to said information.  Responses varied from a harsh public calling-out of the author on one extreme, to a complete lack of acknowledgment of the error by others who read it.  Both of these - the initial harsh and public response, or simply no response at all - are flawed and ineffective at bettering the community.

So what's the optimal approach?  I'd suggest something in the middle of the two extremes; without publicly crying foul, try to ping them offline (email, Twitter DM, or what have you) and give them the opportunity to either remedy the erroneous information or otherwise respond to their apparent folly.  Maybe they'll respond with a word of thanks and a quick update, or they'll politely and professionally defend their position.  Perhaps they'll tell you to buzz off, or will simply fail to respond at all, in which case a courteous and factual public counterstatement would be appropriate.

With so many technical contributors in the community, it is inevitable that some bad bits of information will trickle into a sea of otherwise sound counsel.  A mark of a true professional is an appropriate and timely response to bad advice.