Why Scalar Functions Can Be Costly

User-defined functions (UDFs) were introduced in SQL Server 2000. I thought that they were the best things since sliced bread. Why? Because I could use them to modularize my code. What I didn't know at the time was how costly they can be to use.

User-defined functions can be broken up into three categories:

In this article, we look at scalar functions.

In this article, we’ll take a look at how Scalar Functions can be costly, how to identify the cost, and how to rewrite the query that is using the Scalar Function. In future articles, we’ll talk about Multi-line and In-line Table Functions. 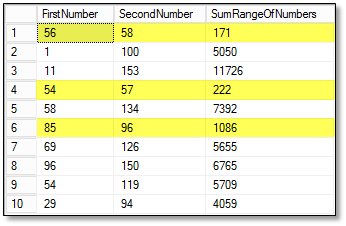 In this particular sample, the TableOfNumbers table contains ten rows and the query returns three rows (highlighted above). On the surface, the execution plan shows a simple SELECT statement for the query. The Scalar Function is represented by the Compute Scalar operator. In the property window for the Compute Scalar operator, it states that the Scalar Function was only executed one time. What you can’t see is what is “actually” happening behind the scenes. Let’s take a look at what is being obfuscated from the Execution Plan. 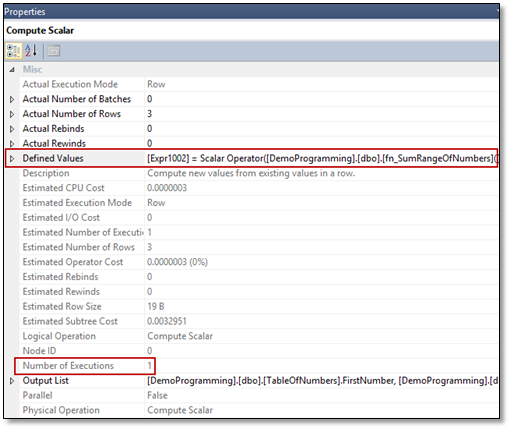 Below I created an Extended Events session that captures each SQL statement that was executed for my query in my session. The blue row highlights the query that I wrote. Each execution of the Scalar Function is represented by the thirteen rows above it. Ten rows are for the Scalar Function in the WHERE statement, which was checking to see if the sum was below 1500 and three rows for the three rows that will be returned in the result set. 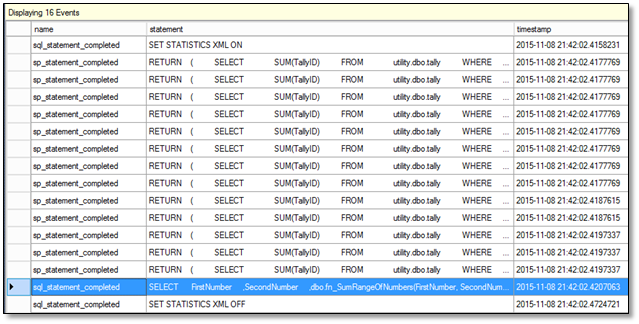 Let’s take a closer look at what is actually going on in the Scalar Function. Below you will see that the scalar function is summing rows from a tally table. So, there are 13 calls to another table that is not represented in the original execution plan. Furthermore, those queries have their own execution plan.

Can you imagine what would happen if there were a million rows in the table being used in the query? That would total to 1,300,001 SQL statements being executed for a result set of 300,000 rows with an execution plan showing a simple SELECT statement.

Note: A tally table is a narrow table of sequential numbers. It is also known as a numbers table. It is used to do set based logic in order to help find gaps in dates, Ids, or other numerical data. It can also be used to split delimited strings into a table or array and remove the need for cursors. Jeff Moden (b) wrote a fabulous article on tally tables. He shows how to create one and use it in queries.

How to Rewrite the Query

This query can be rewritten by using the CROSS APPLY join operator with a sub query. This will do two things: it will show that there is a second table being used in the Execution Plan and it will result in one query statement being executed.

If you look at the Properties of the Nested Loop, you will see that the Number of Executions is 1. You will also see that one SQL Statement was executed and captured during the Extended Events session. 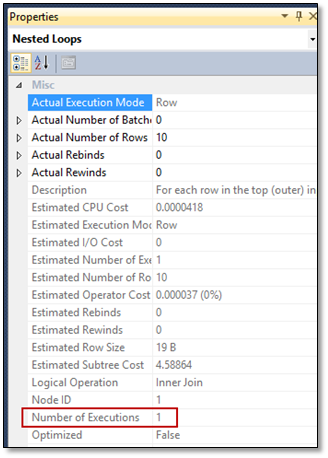 When to Use Scalar Functions

Scalar Functions do have a use. They can be used to perform mathematical calculations or manipulate strings. The key is not to query tables or views in Scalar Functions. That is where the trouble begins.

When I look at the execution plan, I still see the Compute Scalar operator, but when I look at the Extended Event session, I see only one SQL Statement executed. This is a much better use of Scalar Functions.

SQL Server's functions are a valuable addition to T-SQL when used wisely. Jeremiah Peshcka provides a complete and comprehensive guide to scalar functions and table-valued functions, and shows how and where they are best used.