dbMaestro is a database data and formation management tool. Since Software systems are constantly evolving, Database Administrators and senior developers are called for managing and controlling DB changes.

These frequent changes are difficult to manage over several varying databases, since they

need to be tracked for the implications they may have on the stored data and interfaces.

in several database schemas, and enables a quick & effective data and/or structure conversion.

More importantly dbMaestro allows members to work in parallel on the same system. 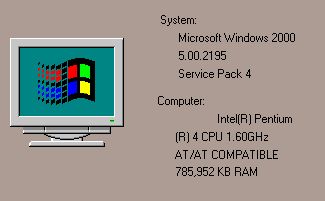 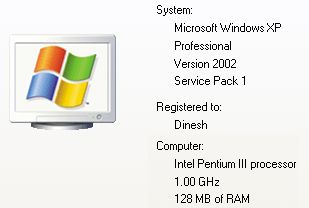 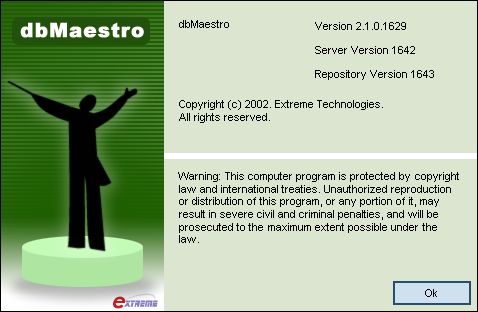 Installation have me a bit of concern. First in getting a valid license. I had a problem of getting this

due to a mail encryption problem. This was never identified early as I tried. It would have been better

if it could be suggested to send the license id and license key in zip file format. Another factor is that

user has to download the each module from the web site. The common practice should be providing one

installation download where user has the option to select whatever options that he desires. I also got some

errors when working on Windows XP while installing. But installation will not eat your hard disk space.

There are three operations which users can perform with dbMaestro . For this

you can select base database and the compare database.

dbMaestro can be used to compare the database schema as

well as the data. 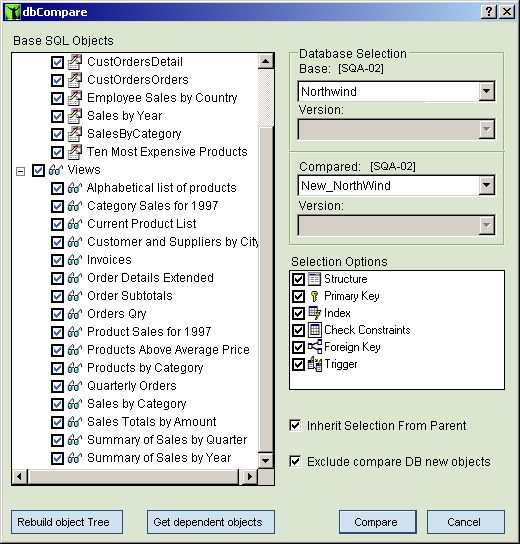 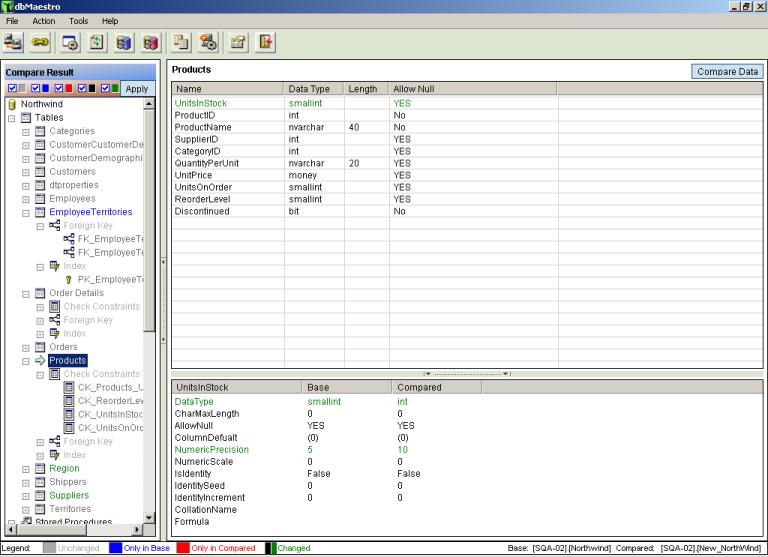 Above is the outcome of the database compare. After clicking

each changed object, user will be able to see the differences in the objects. From the

color code, it is easy to understand. However, I have observed a problem when

comparing the views. If the one field name is inserted to the view, all the

other fields, which come after the inserted field also display as changed

items. However, Extreme says that this will be corrected in the next release. 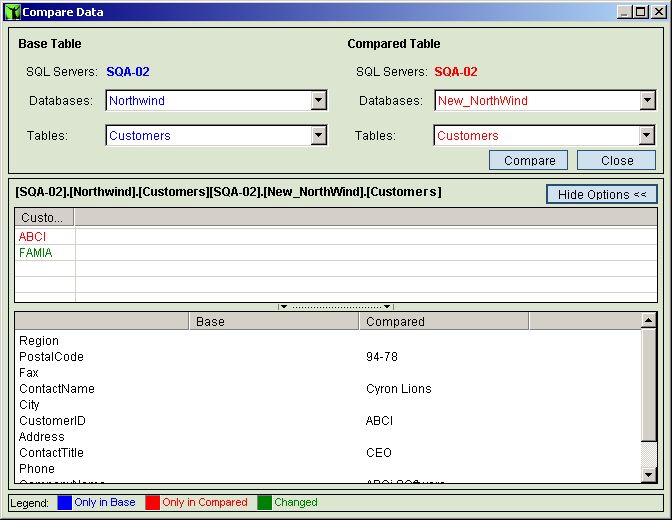 dbMeastro also has a feature for comparing the data in which the user can see all the fields in addition to the changed ones. 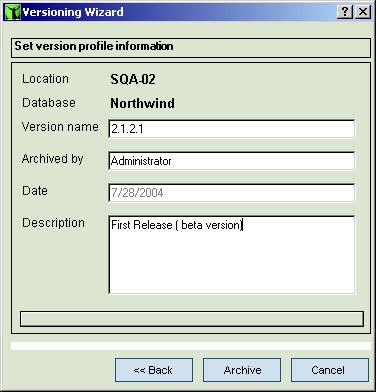 Above is the archiving feature that is supported by dbMeastro. With this, users are allowed to archive

the database with a label. From dbMeastro you can even compare these databases as well.

After comparing users one is able to migrate from base database to compared database or the vise-versa.

Even user has the option to migrate just schema or the data.

Support from the technical staff was excellent. Initially I had some problems of getting a valid license.

is a new tool. They kept on supporting via emails, on-line chats and calls even in the off-office hours.

have a option to go to the help by pressing F1 or the clicking a help button. 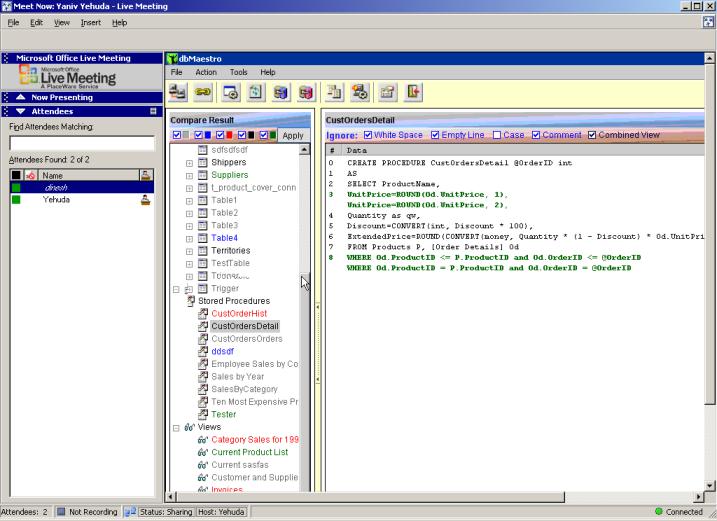 dbMeastro is great tool to have in DBA's tool box. Definately this will help DBAs , Database developers, and

SQAs immensely. Nevertheless, I found that the reporting part missing in this tool which is very common

among other tools available around. But Extreme is expected to include this in their next release which

is schedule to release in next couple of months.

During installation the columnist encountered a rare encoding problem with his license key, resulting

from the Email transport used to send him the key. To avert any future problems of this sort all keys are

now sent using ZIP files which will prevent encoding changes to the key.

Regarding the system's installation packages, server and client have been separated since the two packages

are usually deployed to different machines.