Introduction to Attribute Relationships in SSAS

For a quick illustration, let's see the following relational table, Dimension.City, from the WideWorldImoprtersDW database.

The Need for Attribute Relationships

Attribute relationships are one of the most important concepts in SSAS. They inform the processing engine about how the multi-dimensional data is structured and how the database needs to store the aggregated calculations. This information is necessary because if the data is not aggregated properly, then the performance of the cube will be impacted.

By default in SSAS, each attribute is related to the key attribute of that dimension. We have two types of relationships in SSAS, namely:

Now that we have some idea about the Attribute Relations in SSAS, let's dive deep and create something similar. For illustration purposes, I'll use the same WideWorldImportersDW database as the source for the SSAS.

Creating the dimension using the wizard

This article assumes that you already have some idea about how to set up an Analysis Services project and define Data Source and a Data Source View. 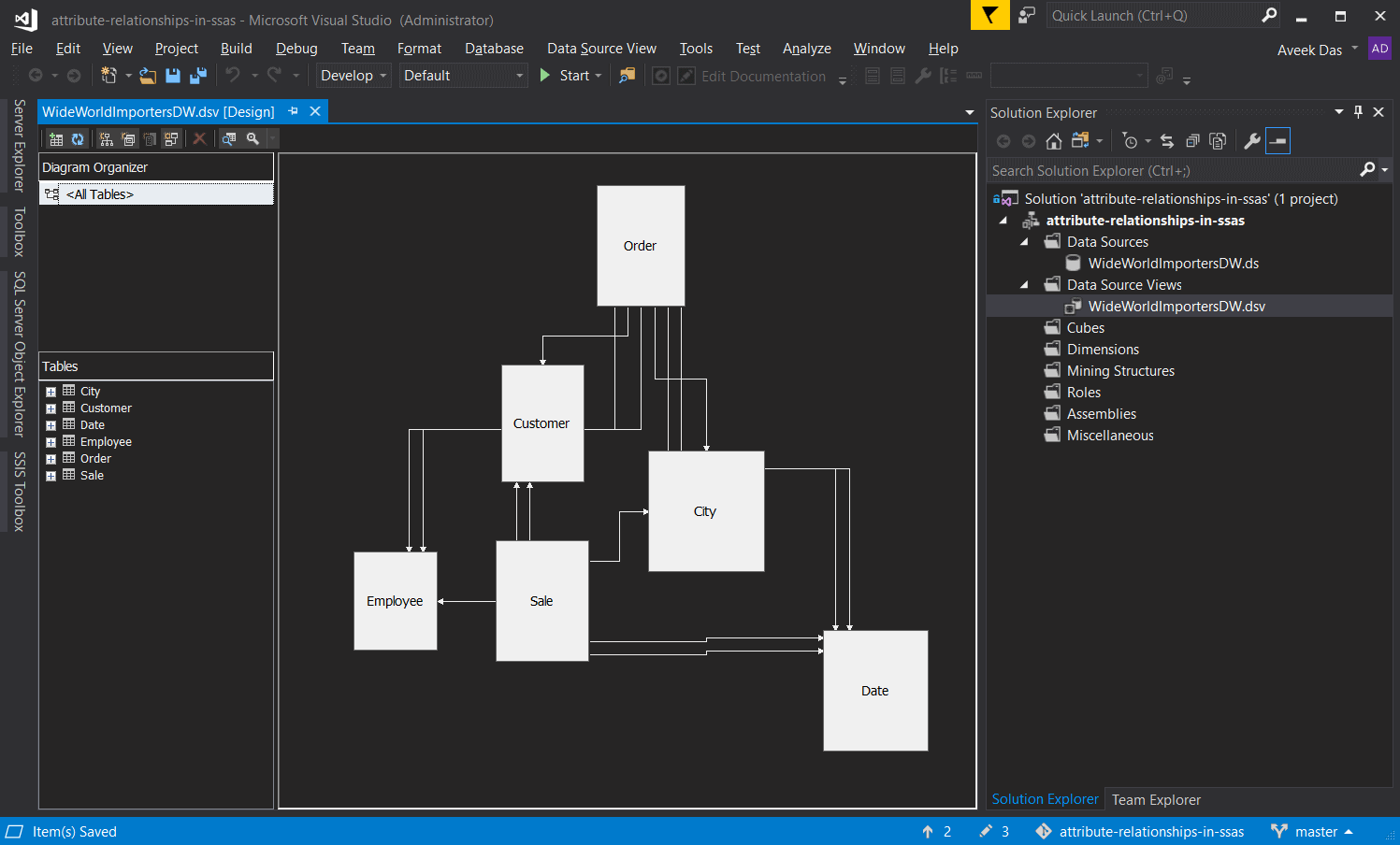 Once the Data Source View is defined, the next step is to create the Dimension. We will do this using the New Dimension Wizard in SSAS in the steps below.

In the Dimension Structure page, there are three sub-panes:

The Attributes can be viewed in three different modes as follows:

Also, let's rename the City Key property to City since the Name column of this field displays City only.

Now that our Dimension Structure is set up, let's go ahead and define the Attribute Relationships.

How to Resolve a Duplicate Key Error in SSAS

Learn how you can fix the duplicated key error in SSAS without editing the source data.

Problem This is one of the errors that I frequently encounter while deploying or processing SSAS OLAP cubes on the client's computers or on a remote server. Recently, one of my team members also faced the same issue and so I thought to write a resolution for the issue. The error is something like this: […]

Implementing Drill Through Actions in SSAS

Business users get great value from SSAS cubes. In this article, learn how to create a drill-through action in an SSAS multi-dimensional model cube.

Learn how to resolve a duplicate value error when processing dimensions in SSAS.

Browsing SSAS Instance over the internet

Problem Developing OLAP cubes have always been fascinating to me. Right after completing the development of a data warehouse, my next line of action often becomes setting up Analysis Services for the warehouse. Although, there are multiple client tools readily available in the market to perform some analysis on this SSAS Server, sometimes it is […]