A few months back, I was working on an OLAP cube for a client who was looking to deploy these cubes for each of the end customers so that they can use the cube and complete their reporting requirements. Initially, the requirements were pretty straightforward as each client was supposed to have only one OLAP database. We had an SSIS package setup that builds the data warehouse for the customer and then processes the OLAP cube once the warehouse is populated.

However, a new customer was on-boarded, and they had a specific requirement. They had multiple facilities over several countries and they wanted to have separate OLAP databases for each of their facilities. It was very crucial to understand if they were the only customer with such a requirement or there is a possibility of other customers as well. And after several discussions with the stakeholders, we concluded that there is a possibility of other customers too, operating across multiple facilities and they might want a similar solution.

Since we had only one ETL process and we had to process multiple OLAP databases in the same job, this caused us to modify the SSIS package and dynamically process all the cubes that belong to one customer.

For demonstration purposes, I'll proceed with the AdventureWorks database, which is deployed to several customers operating across multiple facilities/locations.

The databases are deployed in a similar manner as in the screen print. 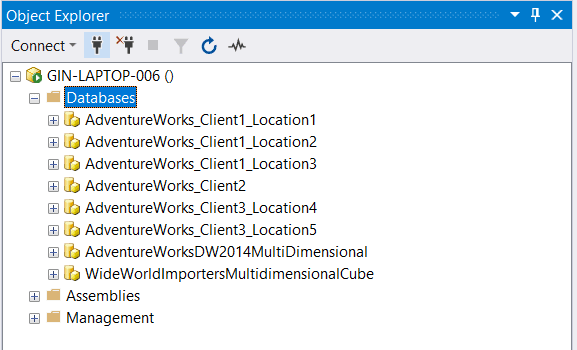 Please note: This article assumes that you are already familiar with SSIS components and hence provides details on how to implement the logic rather than a step-by-step guide.

This solution explains how to dynamically process multiple cubes for a client in the following manner: 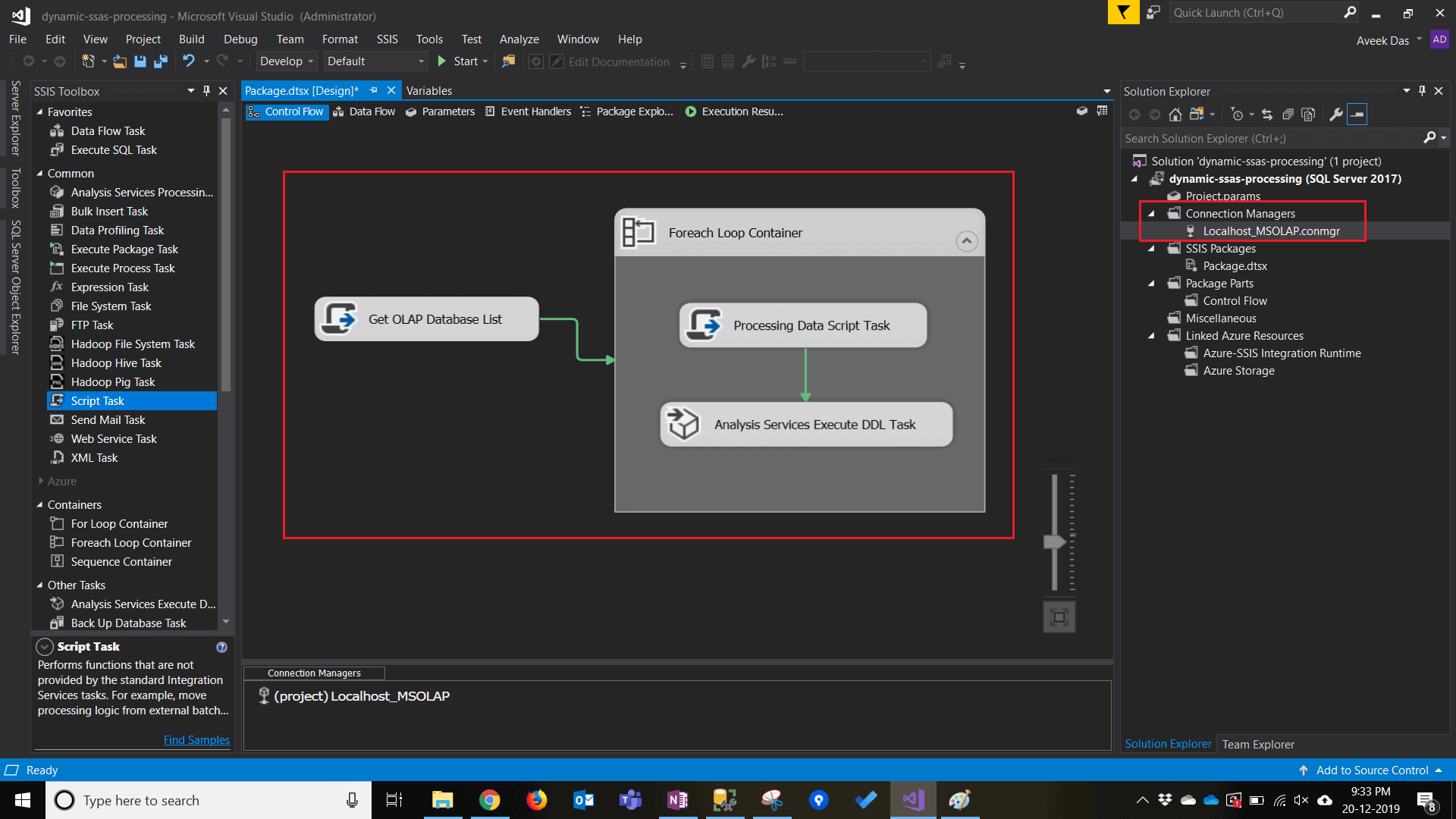 In order to be able to connect to the SSAS instance, we need to create an OLAP connection manager that will be used by the package to perform all the activities. 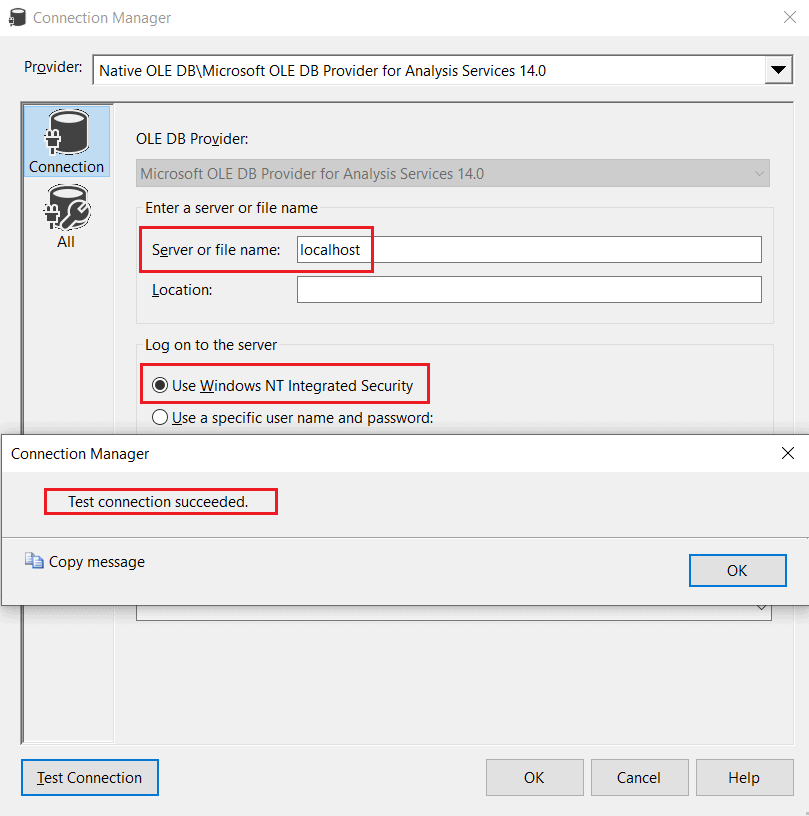 The variables in SSIS  play an important role when developing dynamic packages. Similarly, in our solution we will have four variables, namely:

For the variable, "vOlapProcessXmla", I have used an XMLA script to process the OLAP database ,which is provided below. Please note, the variable "vOlapDatabaseName" has to be present before creating this variable. Paste the code provided below in the Expressions box and click Evaluate Expression. The expression should be evaluated without any errors. 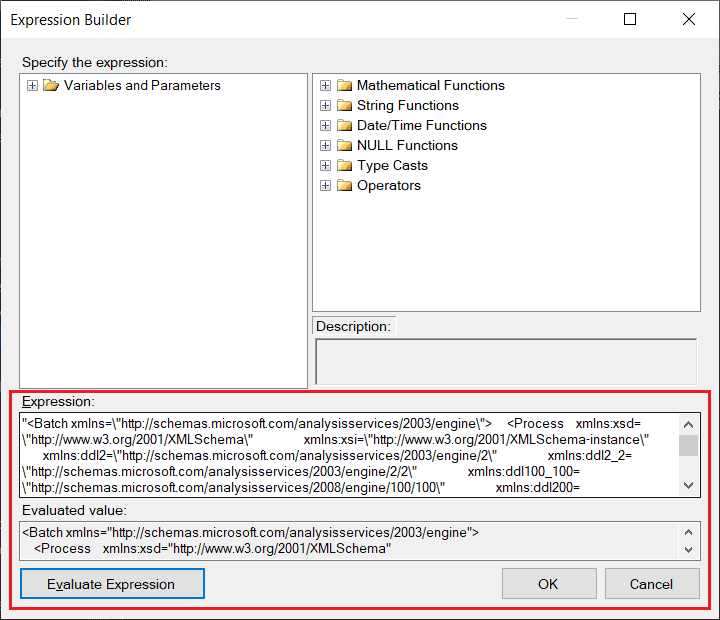 This is a script task component and it fetches the list of databases for a specific client and stores the list in the variable "vOlapDatabaseList".

The ForEach loop Enumerator is used to iterate through the list of databases obtained in the previous step and process one cube at a time. This is achieved by binding the list variable "vOlapDatabaseList" with the "vOlapDatabaseName". This variable is used in the XMLA script to process the cube.

Once all the previous steps are completed, we are ready to execute the package. This package will execute all the databases for the client mentioned in the variable "vClientName". 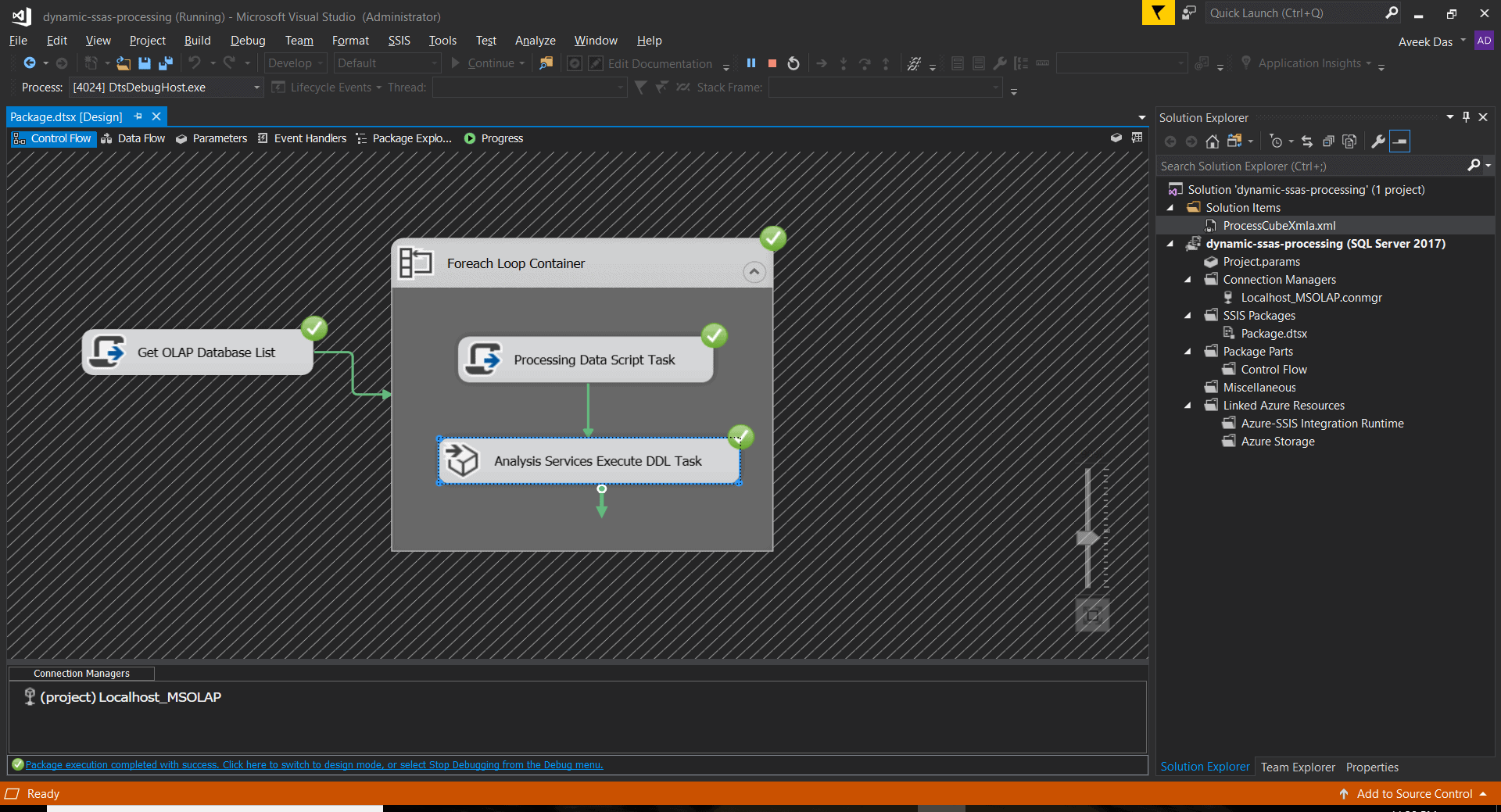 This article describes how to dynamically process multiple SSAS cubes in the same ETL package.

Problem This is one of the errors that I frequently encounter while deploying or processing SSAS OLAP cubes on the client's computers or on a remote server. Recently, one of my team members also faced the same issue and so I thought to write a resolution for the issue. The error is something like this: […]

How to Resolve a Duplicate Key Error in SSAS

Learn how you can fix the duplicated key error in SSAS without editing the source data.

Introduction to Attribute Relationships in SSAS

In this article, you will learn how you can set the attribute relationships between dimensions in SSAS.

Learn how to resolve a duplicate value error when processing dimensions in SSAS.

Browsing SSAS Instance over the internet

Problem Developing OLAP cubes have always been fascinating to me. Right after completing the development of a data warehouse, my next line of action often becomes setting up Analysis Services for the warehouse. Although, there are multiple client tools readily available in the market to perform some analysis on this SSAS Server, sometimes it is […]