What Three Things Brought Me Here

by SQL Rockstar, aka Tom LaRock, after this

disagrees?). It’s an interesting, introspective question. What three things got

I could go with getting a computer early, or something in education, but the

truth is I don’t think those things shaped me. They were the result of a high

curiosity in math and computers, of wondering how the world works, having

hated that. It definitely drove me on to work hard, but it wasn’t a fundamental

change. It did, however, keep me from trying to pursue a career in music since I

time to have a regular paycheck.

life in the direction it’s taken, and prevented me from going in another

I’ve always enjoyed sports, and to the dismay of my Mom, often violent

sports: football, martial arts, and in college, rugby. I picked up the game in

Hyde Park in London, and when I returned to the US, I joined the University of

It was great fun, and I moved from a 2nd row grunt on the “A” team to the

scrum half on the “B” team. A move I was happy to make as I got to run free,

touch the ball, and often got to make the first tackle on ball movement out of

My senior year, early October, we had an off week. So as usual we were

practicing in Madison Bowl on campus, scrimmaging each other. I picked the ball

moving into open space. A quick fake toss and I turned back inside, only to be

caught by the other scrum half. Not our “A” team scrum half, who was about 5’ 8”

Unlike the tackle above, I got dropped down on my left shoulder and it

separated. A grade-III separation that put me in a sling for 24x7x8 weeks and

that was the last rugby play I was ever a part of. It also changed my life.

At this point I had been an economics major, and had just started signing up

for interviews with many investment banks. I wanted to go to Wall Street to work

for Shearson Lehman or Bear Sterns, in true 80’s fashion. The realization that I

wasn’t invincible, that life was hard, and that I might be seriously hurt

changed my priorities that October. I cancelled interviews, put rehab first, and

by May of the next year, when I graduated, I was able to finally do push-ups

I decided to move my life into a direction that was more enjoyable to me,

even if it meant less money. 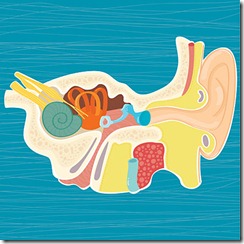 In 1991, a couple years out of school, I was wandering around life. I’d

enrolled back in a local college to do some graduate work, but wasn’t sure what

I wanted to do. I’d spent a year managing a night club and having fun, but it

became boring. My girlfriend at the time was from California, and we moved

there, thinking that it would be a change, and a way to move forward. Living in

San Diego was nice, but trying to get my life going was not. So I decided to

enlist in the Navy and enter their nuclear submarine program.

I’d always wanted to serve, and had seriously considered applying to the

Naval Academy in high school. So I met a recruiter, we talked, and with great

grades, especially in math and science, it looked good that I would be accepted

into the Officer Candidate School and the Navy Nuclear Program. I signed papers

and early one morning I went downtown into San Diego for my physical.

That’s an interesting experience, including the drug testing where you

urinate while someone watches you. I felt like I was doing great in all the

programs until we reached the auditory lab. They put me into a soundproof box,

headphones on, and I had to click a device when I heard a sound. I knew this was

an issue, and when I got out, I moved on to more tests. Eventually the lady

running the lab found me and brought me back. She showed me the results, which

have my left ear down to about 20% of normal. She offered to let me take the

test, and hinted that “looser headphones” might help. I took it, slipping both

sides of the headphones up to listen, and this time got to about 60% on the left

However I knew this would be an issue in the service, and might be dangerous

in a critical situation. I told her to submit the first results, and then went

to meet the recruiter, informing him I couldn’t join.

That changed my life in that I was disappointed, but I realized that I should

just get on with my life. I moved back to Virginia, enrolled in grad school, and

started driving forward with a higher level of intensity.

While I was in graduate school, with every intention of becoming an

electrical engineer, I got an internship with the Surry Nuclear Power Plant in

Virginia. The plan was that I would work a semester there and a semester in

school. I did this a few times and eventually moved into the network

administration group, which was more interesting than the Electrical Engineering

group. And safer! No getting close to 1000V wires that were an inch in

grad school. One of my first assignments was to help deploy a new radiation

record radiation received by workers in the plant. It was mandated by the NRC

and I arrived at work Dec 31, at 6pm to help get this installed for the new

I finally left the plant on Jan 2 at about 3 or 4pm, exhausted and ready to

as we tried to stabilize this system that was constantly failing. That poor

software engineering effort, not written well, nor tested under load, changed my

spending hours reading about SQL Server and the OS, until we stabilized on

Windows 3.1 Advanced Server. From there I developed a great interest in RDBMS’s

and moved on to one SQL Server job after another.

I think without this project, I might have become a network administrator

instead of a DBA.

That’s it, the three things I think most influenced where I am today. I’ll

Please link back to me, and to Paul’s post.