I got a link recently from Microsoft on building apps easily for SQL Server. At the top of the page, they ask you to pick a language and OS. Since I’ve done a little Python and I used Windows, I chose that option.

The page looks to walk you through a simple app. I decided to try this out and see if it works, following the instructions. Since I already had SQL 2016 installed (and newly upgraded to SP1), I just connected and verified it was there.

I didn’t want to go back to Python 2.7, and I’d rebuilt this machine for testing, so I used Chocolatey to quickly get Python 3.5. I’ll have to adjust code to match this version.

One python was installed, I needed to get virtualenv and then create a folder. I used my regular git folder since it’s really, really simple to get a project with version control running. Unfortunately, when I went to get pyodbc, I had an error. 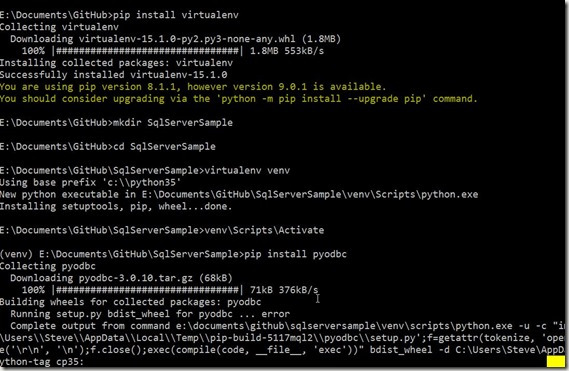 This is going to use C++ tools to build the pyodbc files, so I need to get those installed. I can do that from Visual Studio.

Once I run those and install them, I can now get pyodbc. There is a build error, but I seem to have the module. My next step is to create my db. I also create a login that is db_owner for this.

Now it’s time for the code. That’s easy enough, so I copy the code into VSCode and change the instance and user information. 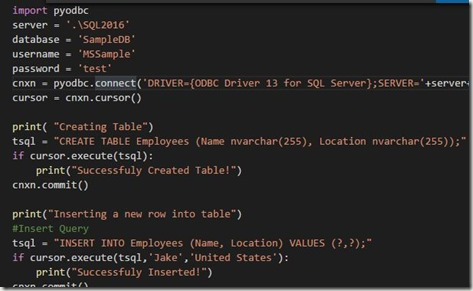 I also had to replace the print statements with parenthesis around the quoted items, which is required in Python 3.x. Once that’s done, I start the program and it appears to work.

If I check from SSMS, sure enough the program has worked. 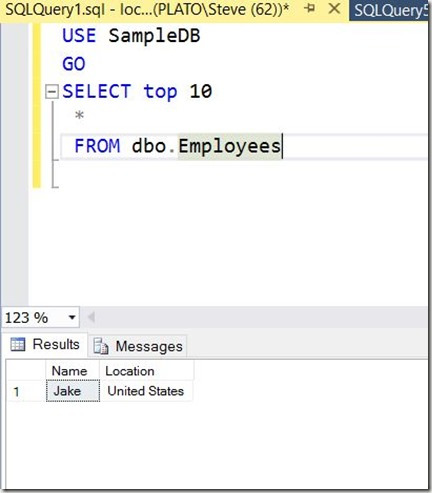 The second part of the tutorial uses the Django Web Framework to setup a simple site. Once again, I get a pyodbc error and there’s nothing that works. Fortunately I found the issue is with Python 3.5 and not having the proper binaries in the default PyPI directory. I resolved it with this link.

However, there were other errors, which I suspect are related to Python 2.7 v Pyhton 3.5. Rather than solve those, I went on to the columnstore demo. In this, you create a table with 5mm rows and then run a query against it from Python. I did that, then created the columnstore index, then ran it again. The results are below.

Note: I had to create the variable, tsql, and used this line of code:

Despite some issues, which are probably my fault, this is a good introduction to how you might use Python with SQL Server. Since we now have SQL Server on Linux coming, and there are lots of Python developers, this might be a good place for some of you to learn a bit about connectivity with Python if you ever need troubleshoot that kind of setup.