In order to analyze an execution plan, it must first be created. Both an estimated and an actual plan can be created graphically. See Part 1 of this series to learn the differences between estimated and actual plans. In context of creating a graphical execution plan, the primary considerations are that the actual plan provides some additional information that can be used in analyzing a query. The downside of creating an actaul plan is that the query must first be run to create it. For a long-running query, it might  not be worth the additional time involved in getting the actual plan. Read on to learn how to create both an estimated as well as an actual graphical execution plan.

How to Create a Plan on the AdventureWork2012 Database

There are four ways to create an estimated plan. For this example the following query will be used:

There are four ways to create an estimated plan. 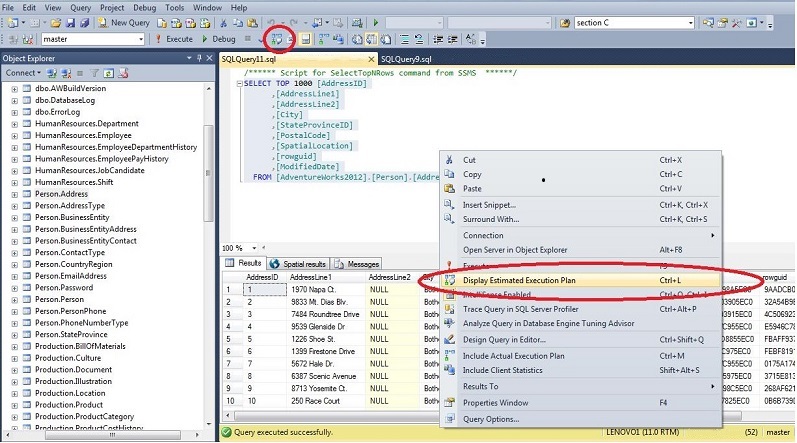 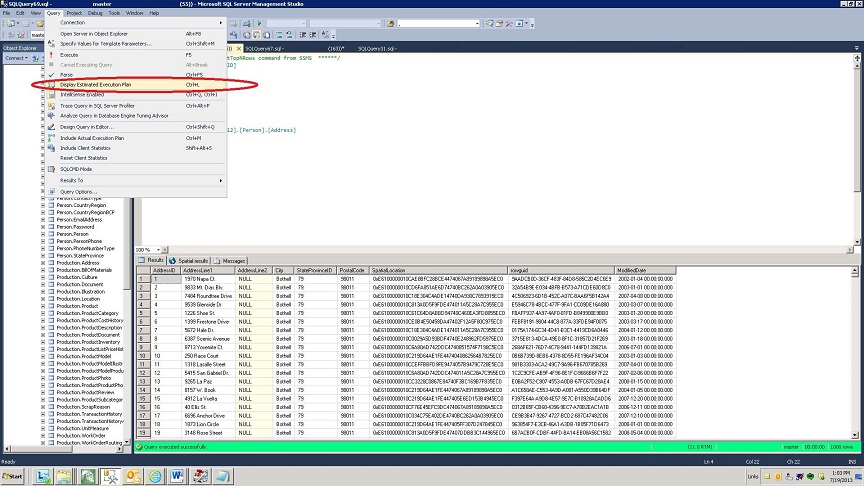 An estimated plan can also be created by selecting “Display Estimated Execution Plan” under the Query menu or by pressing Ctrl + L.

There are four ways to create an actual plan

After completing any of the above steps, execute the query. The plan will be included in the bottom pane along with Results and Messages. 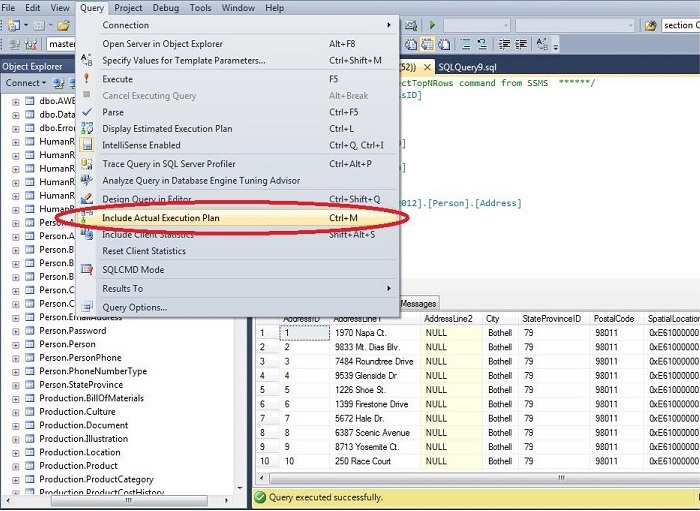 The Query Optimizer gets it right most of the time, but occasionally it chooses a plan that isn't the best possible. You can give the Query Optimiser a better idea by using Table, Join and Query hints. These come with a risk: Any choices you force on the Optimizer by using hints can turn out to be entirely wrong as the database changes with the addition of data over time. Grant Fritchey, in a chapter from his highly acclaimed book, explains further.

Keeping in mind the importance of the cache mechanism, how could one get the plans and their usage statistics in SQL Server?