This is the third article in a series that examines the output of the Brent Ozar Unlimited sp_Blitz™ script run against the SQLServerCentral database servers.

Brent Ozar Unlimited has released a fantastic script for examining the configuration, health, and performance of your SQL Server instances. This script is known as sp_Blitz™ and is currently at v16. You can download it and it builds a stored procedure that you can run on any of your instances.

We used this script to perform a quick audit of our database server instances and learned a few things. This series of articles examines the results and mitigation strategies we've taken. The other articles are:

This article examines those items related to the performance of your database server. It only covers a few of the items returned. The next article will examine the other performance items.

The third Findings Group output by the sp_Blitz script is the Performance section. These items can affect how your instance responds to client requests, warning you of items that may or may not cause your server to run slower. We received the following sections in our result set:

Each of these items is discussed below with regard to our database servers.

This is one of those items that is good to understand, but it's necessarily something that needs to be changed. For the SQLServerCentral database instance, we received this alert for the following databases.

As you can see in the public SQL Monitor site, this is true (master shown).

This is opposed to the autogrow setting on the SQLServerCentral database, which is a fixed amount.

In general, as a database grows, the percentage can become a problem. Not many databases grow their growth regularly over time. Lots of databases have a slow acceleration. Your case may be different, but in general I've seen a fairly steady growth over any short period of time in most of the databases I've administered. If I look at the change in master over time, it's not much (as expected). 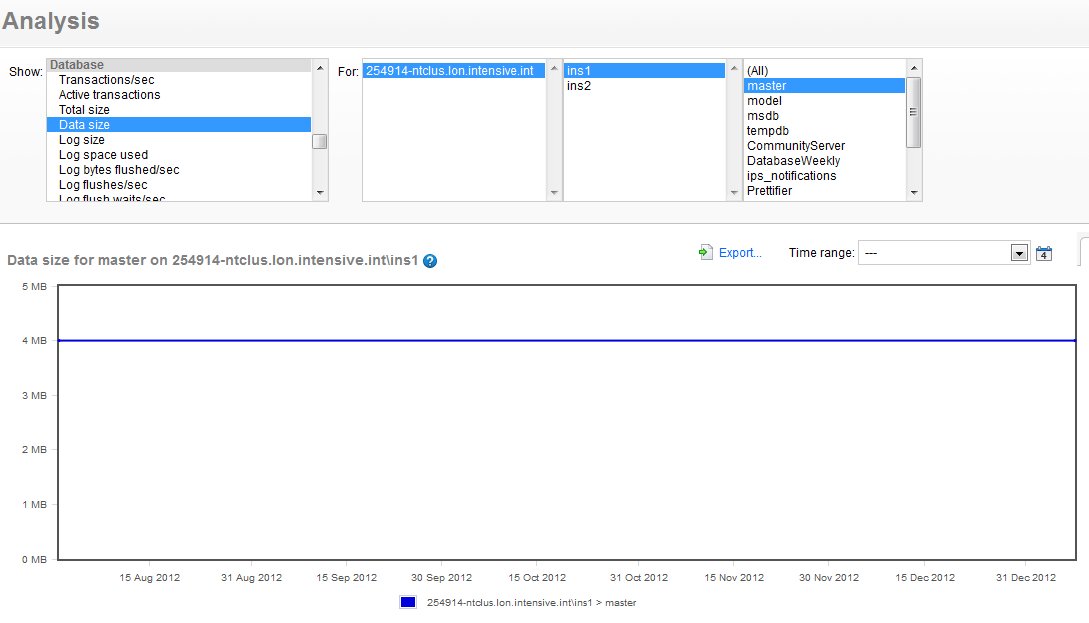 This is five months of data space, and it's steady. I don't think this needs to be changed from a percentage, but for the sake of consistency (since all other databases are a fixed growth amount in case of emergency, I'll change this (after notifying IT).

Where did I get these numbers? From here: 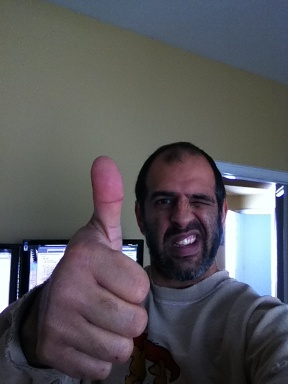 There isn't a great way to determine what your autogrow settings should be. Every database should be considered individually. For the master and msdb databases, there is almost no growth across the last six months. I don't anticipate much in the next, so I'm choosing numbers that are beyond what I expect if there is an emergency, and are probably large, percentage-wise, but since we're talking MB, I'd rather grow too much than too little here.

The msdb database is a little different. This database is currently 480MB. Again, almost no growth across 6 months. We have a fairly steady state for the data being stored here. As new backups are run, old ones trimmed, so not a lot of data in here. I'm choosing a (roughly) 10% growth as a fixed number. The log also is steady, so I'm going slightly larger here, percentage-wise, since if things go wrong in msdb, I expect more log activity than data activity.

Fill factor is a concept that confuses lots of new DBAs. Essentially this is the amount of free space SQL Server tries to leave on each data page in your database when the page is filled (new or index rebuild). However this isn't maintained. Across lots of changes, you can end up with more or less free space.

On our database instances, we have objects in almost every database with different fill factors. If I examine some of the objects in the various databases, I decide to run this code:

In many of the databases, I found a number of indexes set to be at 80 or 90 for the fillfactor. that makes some sense, leaving a little bit of free space on new pages to allow for updates and changed in between maintenance.
However I also found a number of indexes set with a fillfactor of 99. That makes no sense to me, unless I would be expecting only 1 or 2 updates for a page that might not cause a page split. I'm not sure it's worth making the change now, but I'd like to do some testing here if I get time and see if there are page splits occurring and if setting these indexes to 95 instead of 99 (or 90) improves performance. My guess is we won't notice changes, but it might be worth trying.

Foreign Keys (FKs) exist mainly to ensure referential integrity in a database. If the foreign keys are trusted, with the sys.foreign_keys.is_not_trusted = 0, then the query optimizer can choose more efficient plans. If the FKs are not trusted, then SQL Server won't use these indexes to build better plans.

Our results showed untrusted foreign keys in two databases: msdb and SQLServerCentralForums. The ones in msdb are not a problem as these are all from the Database Tuning Advisor (DTA). I could remove them, but there's no need. We rarely run the DTA and these don't affect our performance.

The indexes in the SQLServerCentralForums database are a bit more troubling. This is a third party product we purchased (InstantForum) and I'm hesitant to make changes here without some extensive testing. We don't really get support on the code, but we don't want to cause ourselves any issues either. I'd like to ask our developers to do some testing on this from their end, and then either have myself or Grant Fritchey spend some time looking at the data t be sure it conforms to the FK in production. This can be time consuming, so for now this will remain on our scan.

The other articles in this series are:

This is a great script to run on your instances, but you need to run it periodically to catch changes, some of which might potentially be causing you problems, or will cause you problems in the future. Saving your output from previous runs and comparing the results and looking for changes is a good idea to save during future analysis.

I want to ensure that my SQL Server on a VMware Guest OS is getting the resources it should. This would go a long way towards helping isolate the performance problems we're experiencing. However, our system administrators won't give us access to VirtualCenter or any of the tools they use. Is there anything I can do? Check out this tip to learn more.

Find out how to update and tune table statistics in SQL Server to ensure data accuracy and boost performance. Learn auto and manual update commands.

Optimize tempdb in SQL Server by Striping and Splitting

How should you approach indexing your database? Do you have a good strategy for deciding which indicies to create and on which columns? Aaron Ingold brings us a great article discussing these very topics that is likely to become a must read for many DBAs.