For example have you ever asked the question:

Sp_PerfSQ is designed to answer or provide insight into the above and many other query performance questions.

This tool is also designed to support Query Shaping – an optimisation technique for constructing SQL queries that take advantage of SQL Server behaviours and facilitate performant query design without reference to an execution plan.

Refer to the end of the article for the script download.

The script generates one row per session ID categorised as follows (left-to-right):

Could result in SessionLocks displaying:

Server metrics are identified to provide additional query performance context and displayed in the Messages tab of SQL Server Management Studio. For example:

Scheduler averages > 0 indicate SQL Server is experiencing resource allocation constraints and could represent a performance issue if the behaviour persists.

Before describing the behavioural parser, let’s look at some foundational concepts and SQL Server metrics in more detail.

This is an internal indicator of CPU and IO workload that can be used to categorise estimated query workload. For example, when SQL Server assigns a query to a resource semaphore queue for memory allocation queue prioritisation is dependent on Query Cost with a lower cost been assigned to a higher priority queue.

Building on these prioritisation thresholds, a behavioural estimate of query workload is categorised as follows:

Note: Query Cost values are not displayed and are not compared with other metrics.

The concept of significant workload is used when identifying queries that may be exhibiting certain performance issues. Query Significance in this context means Query Cost (Workload Category) is not Low.

Tempdb is used by SQL Server to support many operations including the following:

Increased use of tempdb by a query and reliance on its responsiveness can contribute to performance delays: 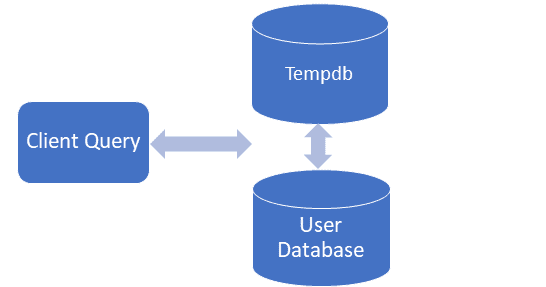 The column difference TempdbAllocMB – TempdbDeallocMB identifies current tempdb storage consumption from both user and internal objects for a given query. These columns accumulate in size until the entire batch is completed. If a poorly performing query appears to be consuming significant tempdb storage you may want to consider re-engineering the query.

Note: A task is assigned to the runnable queue when ready to execute and waiting CPU allocation.

Note: Version Cleanup Ratio < 100% indicates SQL Server is cleaning up Version Store records no longer in use. The script uses < 80% to indicate SQL Server may be struggling to keep up.

Throttling is used to describe throughput restrictions including intermediate workloads that are different to the optimal throughput and workload combination achievable by the query. Throttling in this context represents factors leading to sub-optimal query performance.

The script accesses significant performance detail from DMVs enabling the following potential performance issues to be identified in column ThrottlePotential: 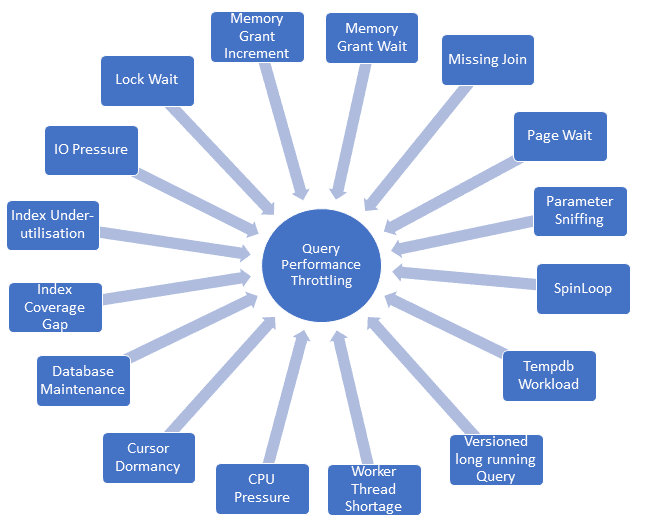 The above indicators represent resource restrictions or usage behaviours that can lead to additional delays in query runtime. What constitutes reasonable and unreasonable delays will often depend on business requirements. The purpose of column ThrottlePotential is to highlight potential performance issues that could otherwise be missed.

Column ThrottlePotential is populated as a comma separated list of keyword descriptors.

“(nnms)” identifies maximum dormancy in the case of multiple cursors and is expressed in milliseconds.

Note: Dormancy refers to how long since the query performed an OPEN or FETCH operation for a given cursor.

“<COMMAND>(nnmin)” appears when one of the following database activities occurs:

“(nnmin)” identifies the estimated time remaining for the command to complete in minutes.

The estimated time remaining is derived from column estimated_completion_time, which is only ever greater than zero in relation to one of the above database maintenance activities.

Meaning there is potential for a noticeable improvement in query performance by addressing the index coverage gap.

This indicator will not appear with the default @SessionLocks parameter due to performance overhead associated with querying sys.dm_tran_locks.

Efficient disk usage is foundational to query performance especially given disk is magnitudes slower than RAM. “IO” appears as an indicator of potential IO pressure when either: 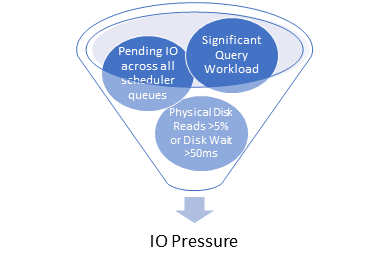 This indicator will not appear with the default @SessionLocks parameter due to performance overhead associated with querying sys.dm_tran_locks.

This behaviour can occur during index creation and is documented by Microsoft in relation to sys.dm_exec_query_memory_grants and granted_memory_kb.

Note: Queries that do not perform intermediate operations (e.g. group, sort, hash) may not require a memory grant. This means column MemGrantMB may not show a value for queries that have simpler processing requirements.

“MemWait” appears when requested memory has not yet been granted and is identified when sys.dm_exec_query_memory_grants.grant_time is NULL. Persistent memory waits may indicate concurrency issues.

Memory allocation is governed by resource semaphores that assign memory to a query when available otherwise the query is held in a queue. These queues are prioritised so that a query with a lower Query Cost is assigned to a higher priority queue.

“MissJoin” appears when a missing join is identified in the cached query plan. Unless the missing join is an exceptional design feature the query may be performing sub-optimally requiring further revision.

“PageWait” appears when the query is waiting to read or modify a data page in memory, and is identified when sys.dm_exec_requests.wait_type is a PAGELATCH and wait time >= 1ms. Persistent page waits are indicative of page concurrency issues that are not going to be resolved by adding more memory. An example of a PAGELATCH wait could be the result of significant insert operations.

“SpinLoop” appears when a query is waiting on a SPINLOOP.

SPINLOOP is a kind of short-term latch used to co-ordinate thread access to shared data structures and consumes CPU cycles until finished – meaning there are no context switches. This is useful given standard latches have significantly greater overhead. In some circumstances a SPINLOOP can persist causing performance issues.

The following threshold adjustments can occur:

During periods of significant load tempdb may also exhibit memory or disk IO related delays. When this occurs the maximum delay is expressed as nnms. 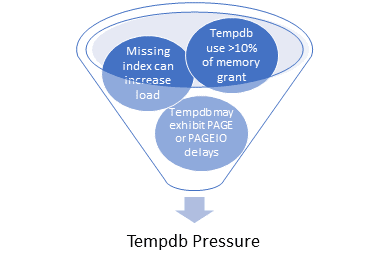 “(nnsec)” indicates maximum elapsed seconds the query has been accessing or generating versioned records. This behavioural metric helps to identify longer running queries that are using the Version Store and potentially impacting performance due to the increased retention of versioned records.

This combination means the query is experiencing worker thread availability contention and could be indicative of a server specification issue if the problem is more wide spread.

Accordingly it can be difficult to detect parameter sniffing issues, but once identified remediation can involve refreshing the cached execution plan with the revised parameter values and/or modifying the query.

“ParamSniff(nn-nnSec)” appears when the query

And the following 3 thresholds have all been exceeded:

Additionally the above variation thresholds can be dialled up or down in sensitivity using the @ParamSniff parameter with:

How Bad are Bad Page Splits?

A look at bad page splits and how they affect your database.

A forum question came up a few days ago regarding an abnormally large procedural cache. In an attempt to help out, I threw together a few ideas (some wrong, some right) and started looking at the types of query that were in the cache. A lot of the queries were in the format select * […]