Migrating the developed DTS Packages across environments is an inherit and implicit activity that is required in all database projects as a part of code deployment and release activities. In repetitive mode of deployments there will be cases when some DTS packages are modified and the rest remain the same. These changed packages need to be migrated to another environment.

The pain point in such migration activities is the cyclic and repetitive nature of work. This is more of an issue when the source and target servers are not within the same network and a direct network link is not possible between the servers.

If network connectivity was not the problem then the stored procedure sp_OACreate could be employed to do the job. However in many cases, this might not be feasible. Besides the network connection between the source and the target, there are some other issues pertinent of mention when considering migration. The most evident of it is the "version issue". A DTS package can have multiple versions. This fact combined with the possibility of calling a package from within another package can create issues when migrating a limited set of packages and when the migration of entire DTS package set is too time consuming. E.g. suppose initial development demanded creation of packages PACK1(Version 1) and PACK2(Version 1). Then we bundled these two into another package PACK3.

Later we update the package PACK1, so it gets a new version Version 2. However PACK3, unless embedded package PACK1 is not re-referenced, is referencing an older version of PACK1. So migrating just the Package PACK1 is not sufficient. You need to update all the dependent packages, either manually or otherwise to point to the latest version of package – PACK1 (Version 2)

Another activity that needs to be done after migrating the packages is updating the username/password and server details of connection objects. Doing this manually and for a dozen odd packages every alternate day can run you out of patience.

Thankfully SQL-DMO and DTS Object model can overcome these issues.

The idea is to employ the DTS Object Model library of Visual studio and use its classes, methods and properties to

This article presents a tool created using DTS Object Model and VB to do the basic migration. Even if there might be complex scenarios in DTS steps, this tool can do the bulk work and some manual intervention can complete the migration, instead of doing all the work manually.

Steps to make use of the tool 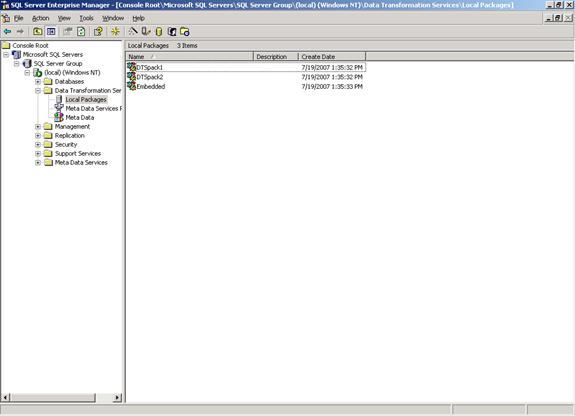 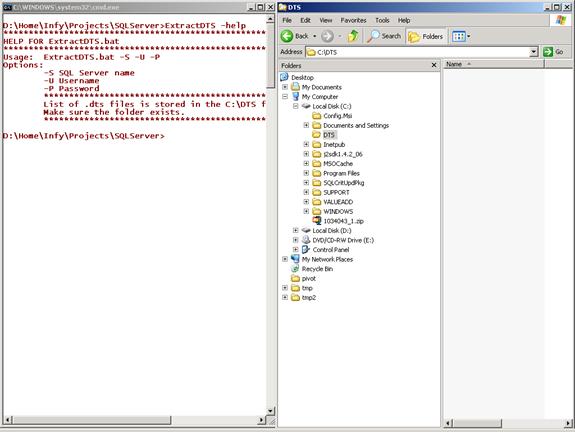 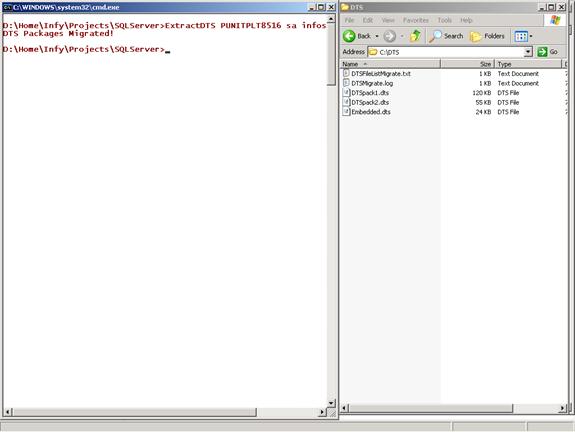 4. Target server doesn't have any package. 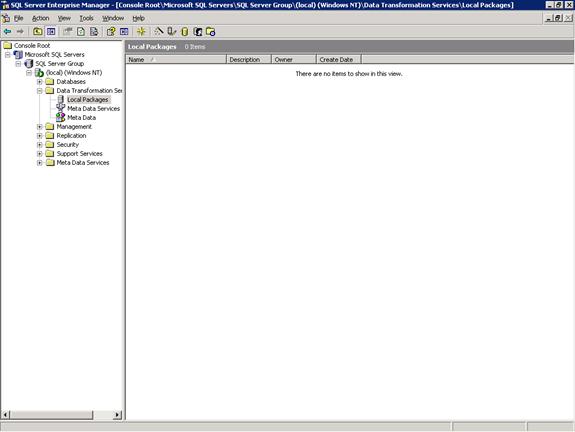 3. Copy the files from Source to Target 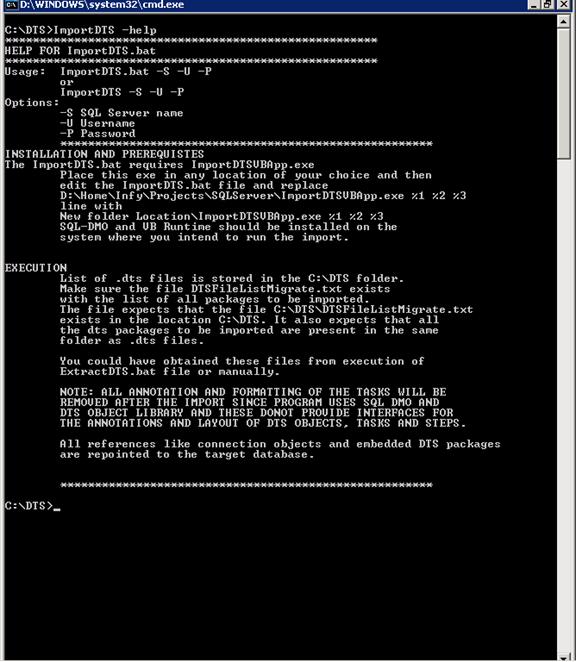 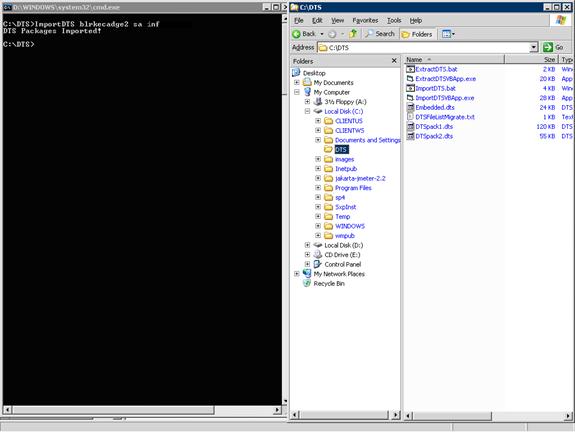 5. Packages imported in the Target Server 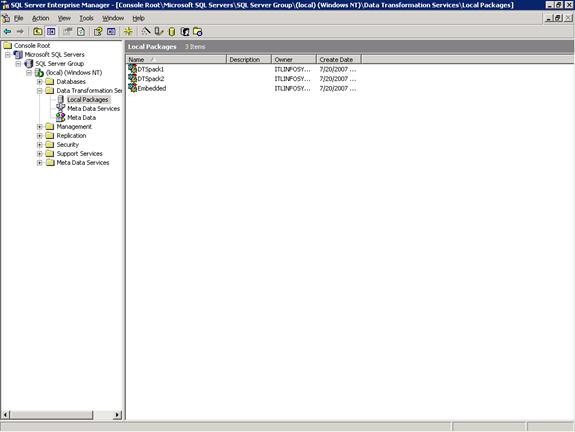 6. Execute the embedded Package on target. 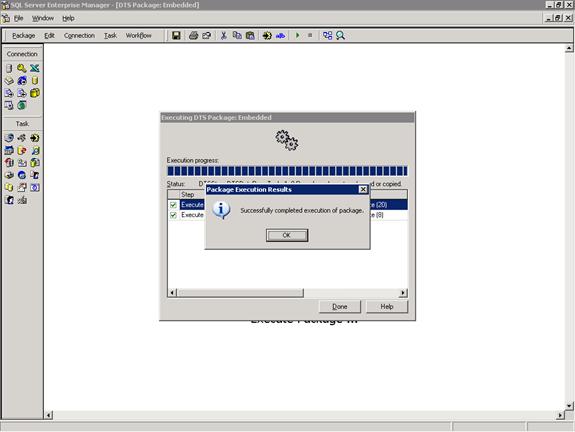 The tool functionality can be broadened to customize and generalize the migration. Some of ideas are:

You are free to use the code and improve on it.

NOTE: NO GUARANTEE OF ANY SORT IS UNDERTAKEN FOR THE USAGE OF THE CODE OR PROGRAM. PLEASE TEST THE CODE IN YOUR ENVIRONMENT BEFORE USING OR MODIFIYING IT.