There are a number of SQL Server Data Transformation Services that are the starting point to multi-step processing. For those processes to work, it is assumed that the data downloaded from an outside source is present.

I ran into trouble when the download data was not ready on a consistent basis. Originally we had to run the processes manually, which defeated the purpose of scheduled SQL jobs. Below describes a technique where the SQL job and a DTS are used to poll the data source for an indicator, and when that indicator is found, to proceed with the processing.

Areas Covered in this Document

I kept a log of events in a table so that performance could be documented. This measures the status of the SQL jobs and also provides a documented history.

The ActiveX Scripting part of DTS allows you to use variables to make decisions. When you click on the Package menu of the DTS, and then Properties, the Global Variables tab opens up (Figure 1) a wide range of possibilities. In this case, I use it to hold the test value to determine if my processing can continue. 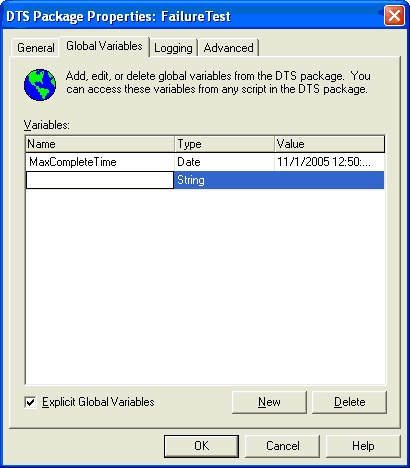 The ActiveX Scripting gives a default interface like the one below:

What it doesn’t mention is that there is another result that can be returned:

Because DTS allows three possible workflows, it allows you to direct the program flow. Keep this in mind. A lot of the process depends on this.

This job is scheduled to run from 8am to 11:30am every 15 minutes. FailureTest should return a Failure indication until it is ready to run (Figure 2). Once it is running, it will not try to run again until the job is complete. 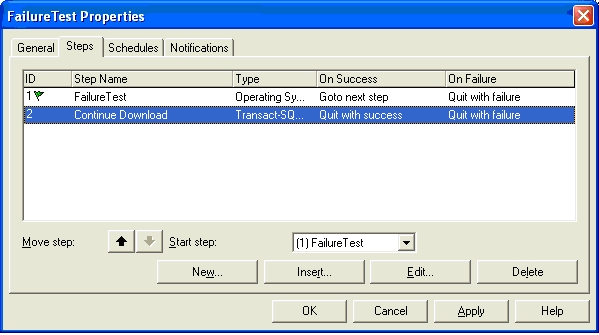 This is an important point. FailureTest should not only test whether the data is ready to download, it should also test whether it had already ran that day.

Create the FailureTest step by scheduling the DTS through Enterprise Manager. This will create a job with the DTS name. The code for that step can be copied into this job step. 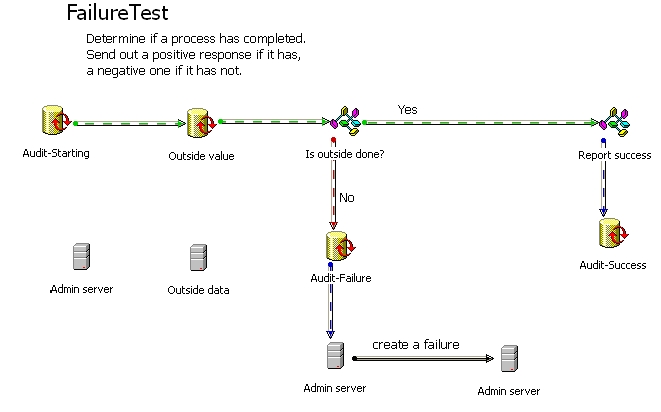 In summary, the process works as follows:

Write to the log that the DTS has started

This is just a SQL Task that has a connection to the EventAudit table.

This is also a SQL Task that just has some simple SQL to test whether the download is complete. You can put in T-SQL that can test for the existence of a value, or a row count threshold, or any other criteria.

What makes this SQL different is the Parameters… button (Figure 4) 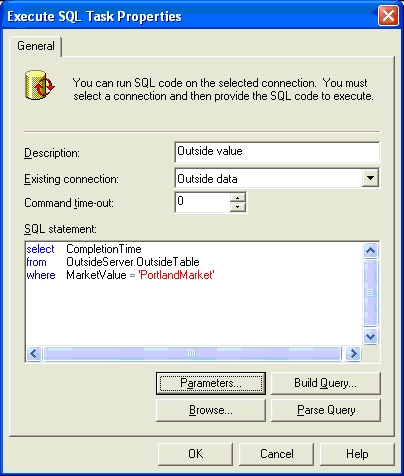 Because there is only one value being returned by this SQL statement, I can map it to an Output Global Variable (Figure 5) 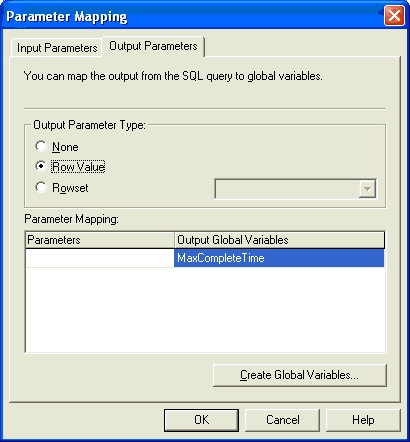 One of the easiest ways for a DTS to fail is when there is a transformation from one data type to another.

To force failure, the FailureDest table was created with the important FailureColumn (tinyint) inside, so that when a character string column was transformed into it, it would fail. The Source data was FailureSource, though any table with a VARCHAR data type would work. (Figure 6) 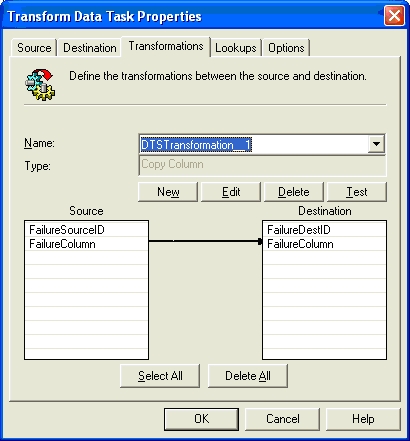 When the initial auto mapping happens, the Transformation screen will prevent it from happening, saying there is a data mismatch. Define the FailureDest.FailureColumn initially as a VARCHAR, do the transformation mapping and then change the definition back to TINYINT.

Once the DTS reports success and the download begins, the job will not run again until it's finished. Thereafter, it will try to run again during the next 15 minutes, or whatever interval you’ve set in your SQL job. You’ll need to include another test and branching to determine if the job had already finished in the past to avoid running it again.