Also, the views expressed in this article are my personal ones; I'm aware that I may be criticising features which you really like.

With these ground rules in mind, and in order to give a balanced picture, here are 10 not-so-good features of SSRS 2008 R2. I've listed them in rough order of importance, with the most important first.

Microsoft have combined the table, matrix and list into a single item: the tablix. So although Table, Matrix and List show up as 3 separate report items still, they're really all just the same thing:

What this means is that when you're looking at a table, you'll see row and column groups. However, the column groups are irrelevant for 99% of table uses: 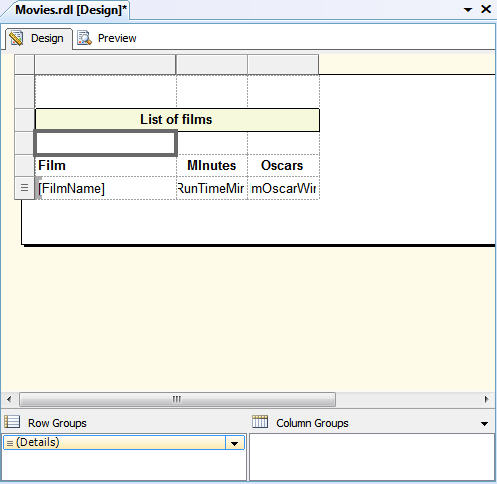 So in the diagram above, the Column Groups for the table are just confusing!

As part of the drive to standardise tablix items (as above), Microsoft have introduced the group pane:

In theory, this separate way of looking at grouping should make reports easier to work with; in practice, it does the opposite. It is - for me - the single worst thing about the new version of Reporting Services, and the one thing I really miss from 2005. 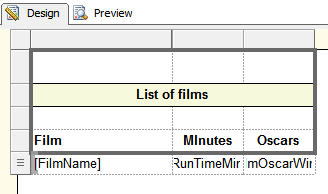 When you move to page 2 of this report, you should then still see the rows above at the top: 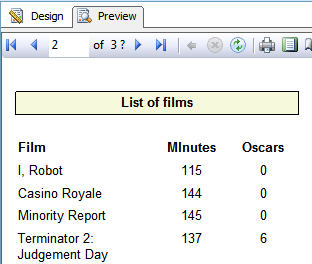 This should be straightforward - just set the property shown below:

Unfortunately, this doesn't seem to have any effect, and the only way I can find to solve this problem is much harder (a separate blog on repeated page titles in SSRS reports gives a full explanation).

While on the subject, it's just as hard to get headers to stay visible at the top of a page as you scroll down it!

5 - Shared Datasets are a Bad Idea

Shared Datasets sound a good idea in principle - since many reports will be based on the same set of data, create a shared dataset and use this as a common basis for them all: 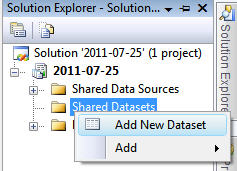 However, in reality it's the wrong answer to the wrong question.

Firstly, the best way to share data between reports is to create either a view or a stored procedure, and use this as the common basis for reports. I understand that some report designers won't have the rights to create views or stored procedures in the underlying database, but that's a policy problem not a software one.

Secondly, supposing that you do create a shared dataset, and then use this as the basis for a report: 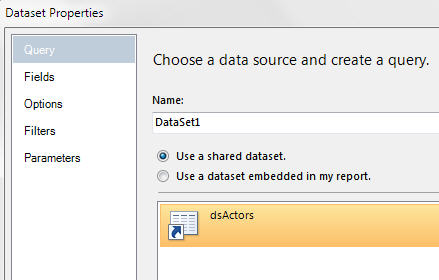 When you then want to make changes to the shared dataset, you can't: 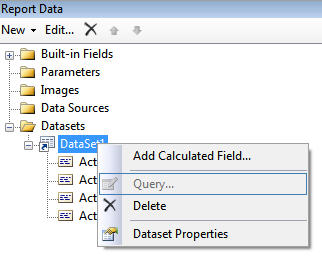 I can see the argument for this - you don't want to make changes to a dataset which might impact on other reports which use it - but to me this just shows that shared datasets are a bad idea in the first place.

Finally, if you do decide not to use shared datasets you have to go through the same rigmarole whenever you create a report: that is, creating a new data source and then choosing to use an existing one. This is because the drop down arrow below - displayed when you choose to use an embedded dataset - initially is blank: 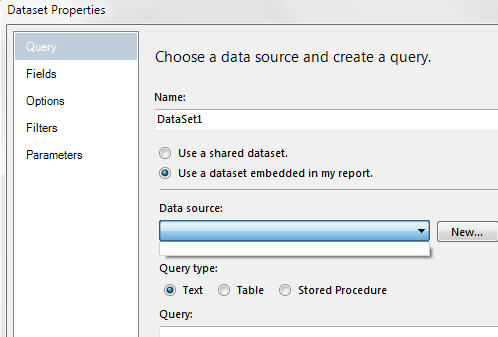 I'm aware that this is a personal view, but I'd lose shared datasets in the next version.

It's only a little thing, but why does the following dialog box sometimes disappear when you click on the Number tab? 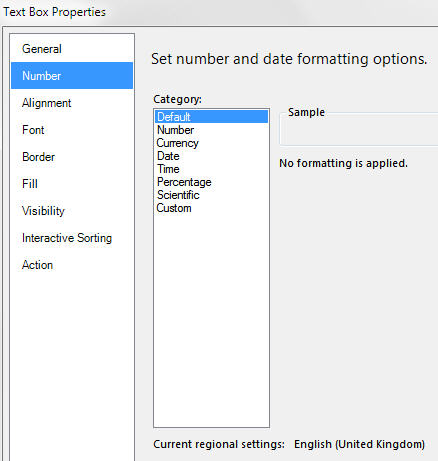 You can see a bit more about this strange feature of SSRS 2008 R2 here.

Microsoft have launched a new feature, whereby you can combine various different report items and call them a report part, and then reuse this report part in other reports. A great idea. 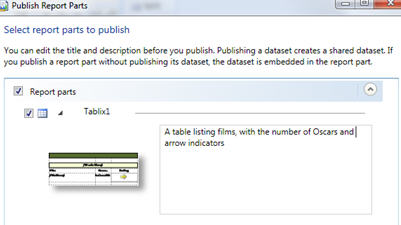 My question is - why is this feature only available in Report Builder?

Microsoft have decided that it is better to see nothing than to see half of something (which might then confuse). That's why you can no longer see expressions in text boxes. So in the report below, you have no idea what the expression in the title is until you edit it using the expression builder:

I understand why Microsoft did this - but I don't like it! I'd rather see as much of the expression as could be fitted in to the textbox, as used to be the case;

A bit of an unfair one, this point; but where is the button to paste the format from one text box to another? Here is what it looks like in Excel, if anyone from Microsoft is reading:

It's a very minor point, but displaying a table's properties could be easier. The only practical way seems to be to click in the table and then immediately right-click on the top left grey square, as shown below: 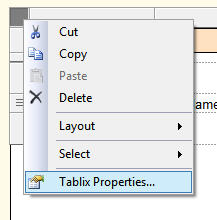 Or am I missing something?

The above quibbles notwithstanding, I'd recommend SSRS 2008 R2 heartily to anyone who needs to publish data to the web.

Setting up SQL Server Management Studio (SSMS) based performance dashboard driven off servers that are registered through a Central Management Server (CMS).