When selecting an account to use for the SQL Server Agent service, your account will need the following security rights:

This list is from the SQL Server Books Online at http://msdn.microsoft.com/en-us/library/ms191543.aspx. Additionally, any account you choose must be a member of the sysadmin fixed server role in the associated SQL Server instance. You will be using proxy accounts for the next level in the series, so these privileges are essential. 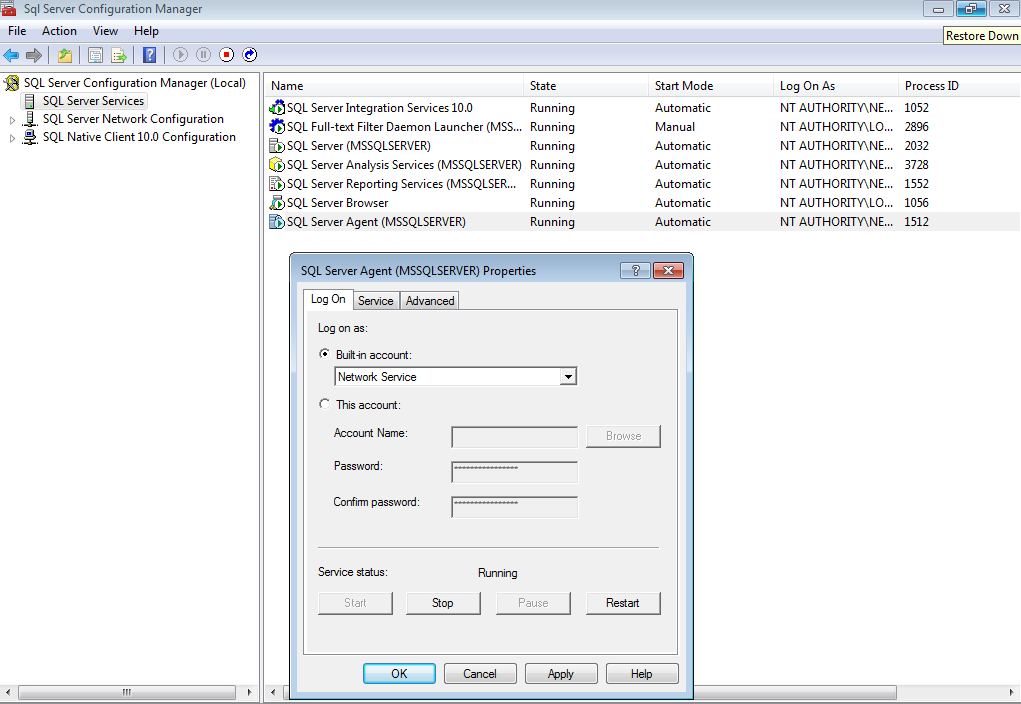 SQLAgentUserRole members have very limited permissions. They can view operators, local jobs, and job schedules that they own. They can also create jobs.

When you have membership in the SQLAgentUserRole database role in msdb, you will have the ability to view some parts of the object explorer tree for SQL Server Agent. Figure 2 is the view provided for a user with this role membership. You will be able to view only jobs you have created, as well as view and use the job activity monitor (but only for jobs you create). 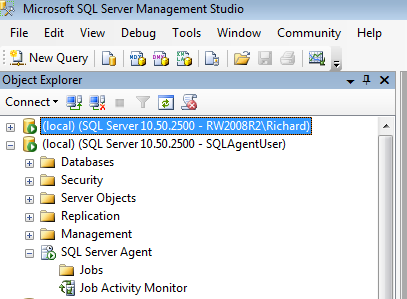 Figure 2: The Object Explorer Tree as a SQLAgentUserRole member

Members of the SQLAgentReaderRole database role in msdb have all of the rights of the SQLAgentUserRole, as well as the ability to use multiserver jobs (covered in Level 12 of this Stairway). You can also view all jobs on the server, not just the jobs you own. However, all you can do with the jobs that you don’t own is view them (you can control jobs you have created).

As you can see from Figure 3, as a member of the SQLAgentReaderRole, you still see just the Jobs node, and the Job Activity Monitor, but now you can see all the jobs on the system, not just those you have created. 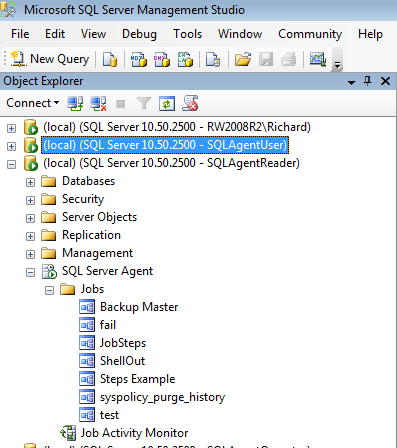 Figure 3: The Object Explorer Tree as a SQLAgentReaderRole member

The SQLAgentOperatorRole database role in msdb gives a user the most privileges over SQL Server Agent (short of those provided to a sysadmin server role member). It includes all the permissions of the other two SQLAgent database roles, plus the ability to view properties for operators and proxies, and allows you to view all alerts associated with SQL Server Agent.

SQLAgentOperatorRole role members can stop, start, or run local jobs, and can clean up job history for local jobs. Role members can enable or disable a job, as well as any schedule. There is a caveat, however, that they can’t use the GUI to enable/disable a job or schedule, they must use the system stored procedure directly (sp_update_job or sp_update_schedule).

Members of the SQLAgentOperatorRole role see a graphical interface similar to Figure 4, with nearly full access to the object explorer tree for SQL Server Agent. 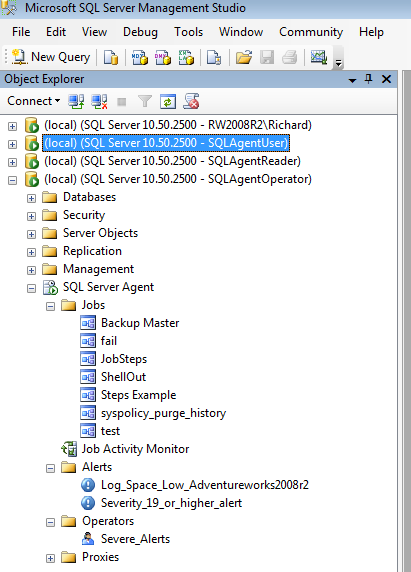 Figure 4: The Object Explorer Tree as a SQLAgentOperatorRole member

In our next level, we will start look at using Proxy accounts with SQL Server Agent to control security rights within job steps. Each job subsystem has different security considerations, and proxy accounts are a critical aspect of that security.

One common usage of SQL Server Agent historically has been the ability to shell out to the operating system and run command line programs, using SQL Server Agent primarily as a job scheduler. This article will examine the pros and cons of using the SQL Server 2008 & 2008 R2 Powershell subsystem versus the CmdExec subsystem to perform tasks in the Operating System.