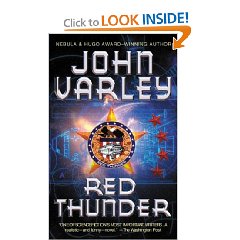 I am woefully behind on my car updates, but that's not because of a lack of driving. Actually I've been heading into the mountains almost weekly to snowboard and have racked up some miles on the Prius. Yes, Bob in Alaska, the Prius has taken my snowboarding quite a few times this year to Loveland, Keystone, and Echo Mountain.

What's new in the car world? A lot since the last update considering the US auto industry is on the brink of failure. First, I want a new car. Not a new, new car, but a new-to-me car, or truck rather. As well as the Prius has done, it's a little crowded taking it to the mountains and my wife's Ram 2500 seems to be permanently attached to her horse trailer. As I go boarding, so goes riding and while I could take the trailer to the mountains, it's a bit more space than I need. What I'd like is an old Trooper to get to the mountains as needed, but that's not likely to come to fruition.

Actually, what I'd like is a Trooper or other car I could borrow when I wanted to go skiing from someone, or at least an easy way to do this. Group car rentals are one idea I noticed in this Ars Technica article on The Future of Driving. Having people rent out their cars when not using them is a corollary to the idea of having self-driving cars. I saw the idea of semi-self-driving cars in Red Thunder, where the highways require you to turn over control of your vehicle to "the system" in order to move along at high speeds. You get control back in some type of deceleration lane.

I do think the idea of self-driving cars is a good one, but I'm not sure we are anywhere close to this. The idea in Red Thunder of having specific areas where cars are controlled automatically, kind of an autopilot might work, but when I look at how much everything else in this world gets hacked, I have some concerns over having some central system managing how cars move down the road.

It's nice to dream, but I'm not sure self-driving cars are that practical in short term.

I have a hybrid (Prius) that I really have felt was a good purchase for my family. Maybe not for everyone, but if you look at the numbers from our use, it's more than paid for itself. I saw this interview of an MIT professor that talked about some of the possible benefits of hybrids if we could get wide scale adoption. He estimates that we could cut our fuel use in half (auto fuel) by 2035. I'm not sure in the grand scheme of oil usage in the US, but this note seems to say it's around 40% of our usage. That's a significant savings.

However it's not necessarily easy to get there, and there are other issues. I like that the MIT report is looking at this as a big picture and not necessarily pushing or leaning towards any technology. We need more research about the overall effects of trying to change in various ways to make better decisions. It's mentioned in the report, but I definitely think it means we need to rethink what a car is and make some compromises on design. I certainly don't want all cars looking alike, but I can see us getting to the point where there aren't nearly the choices there are today. Here's one interesting design from Norway, the Ox:

I did see an interesting "modest proposal" for cars: stop building them. This is a suggestion to be more like the computer industry where we have suppliers and then assemblers. None of the big companies that sell finished projects (HP, Dell, Apple) manufacture the components. They let specialists do that. Is it a good idea? Not sure, but I do know that this entire industry, from suppliers to dealers, needs to reinvent itself. Any bailout money they get needs to be for transformation, not just continuing on as they have.

Lastly I found this article on generating electricity with pistons in cars instead of other technologies. It's good that people are looking at alternatives to batteries and fuel cells, and this is one more that might make some sense in the vehicles of tomorrow.

Gas mileage has definitely dropped this winter when it's been cold, but not horribly. Gas prices have dropped as well, so I'm not saving as much as in the past, but I think I've still paid back the "hybrid tax" on my car and the Prius has performed well for my family.

The podcast feeds are now available at sqlservercentral.mevio.com to get better bandwidth and maybe a little more exposure :). Comments are definitely appreciated and wanted, and you can get feeds from there.

This month Steve Jones looks at the problems in the auto industry along with a link to the cars most likely to be caught speeding.

This month's car update focuses mainly on the Prius and changes that might coming in the car industry.

With the price of gas rising and no end in sight. Steve Jones steps back to talk a bit about what solutions there might be to ease the burdens on everyone.

Steve Jones talks about alternative hybrids, in this bi-monthly update on automotive news.

The bimonthly update looks at a compressed air car, the X-Prize, daily rentals, and hybrid pickups.