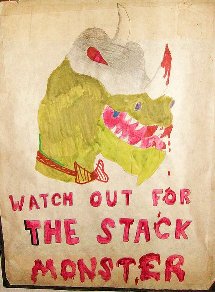 Vanity Fair ran a piece awhile back about Microsoft and their tenure under Steve Ballmer. It's no secret that Microsoft lost some of their dominance over the last decade and their fiscal performance has been less than outstanding. While they have built some great products in that time (XBOX, SQL Server, Windows 7), they've faltered and stalled on others, and have made their share of mistakes. Today I think many people see Microsoft as an important part of the tech world, but not necessarily a company that dominates any part of their industry.

One of the interesting things in the piece was a note that there is a stack ranking system of reviewing people. It's a brutal system that pits people against each other, with the idea that there is a distribution of performance. Each group will have a high performer, and a low performer (or more than one) and a number of people in the middle. No matter what the actual circumstances, that's how people are graded.

When I worked at Peoplesoft as a manager, we had a similar system. We graded people from 1-5, 5 being the highest. We had to have proof someone was worth a 1 or a 5, but we also couldn't rank everyone as a 2, 3, or 4. We had to distribute our people. After I ranked my group and turned it in, our director had a "budget" of people ranked as 4s, and we had to argue with other managers to see which of our 4s would be downgraded to a 3.

I thought that was crazy. Some people thrive in that environment, but some don't. Many people want to go to work and do work that would be rated a 3 or 4. Companies need those people because there's always a percentage of work that suits people that do 4, 3, or even 2 level work. This Friday, ignoring the merits of such a system, I wanted to ask how you feel.

Would you like to work in a company that uses a stack ranking system?

I know I wouldn't. I'm competitive, but that type of system just isn't for me. I prefer to get along with and work with others, not compete with them on a daily basis.

We publish three versions of the podcast each day for you to enjoy. 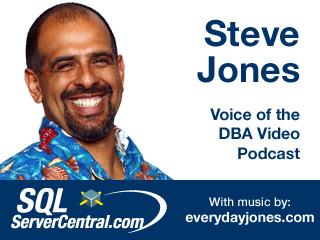 Today's podcast features music by Everyday Jones. No relation, but I stumbled on to them and really like the music. Support this great duo at www.everydayjones.com. They have a great version of Message in a Bottle if you want to check it out.

Steve Jones thinks there is a list of core skills that any database developer or DBA needs. This week he asks you for a list of those things you think should be included.

This Friday Steve Jones asks you to network at your next event and meet more people in the amazing SQL Server community.

Trying to keep up with all the learning going on in the SQL Community can be frustrating. Or is it? Give us your answer in this week's Friday poll.

For this Friday poll, Steve Jones talks about an interesting concept. The "stay interview."

Investing In Your Career

Do you invest in your own career? Should you? Steve Jones asks the question in today's Friday poll.