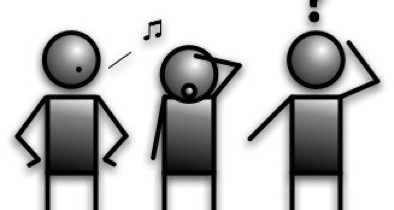 Yet another explanation for why projects fail in IT.  This one tries to look at behavioral economics, and the irrational behavior that people engage in. We aren't extremely logical beings that pursue profit or self-interest in a completely rational manner.  At least, I don't think we are.

Many people would probably like to think that they are as logical as Mr. Spock, but the truth is that we rarely are. We aren't the Economic Man, acting as efficient agents for our own self interest, but nor are we simple beings overly influenced by advertising, context, or any other method of presenting us with choices. We are somewhere in between, and more complex than any type of analogy that is used to model us.

IT projects fail for all sorts of reasons. To a large extent I believe that we really don't understand exactly how we should build software, and highly underestimate the complexity. I think building software is like building a business, and that's not a simple task. If it were, then most businesses would succeed and not fail. I do think that software is an immature industry and we have a lot to learn about how to better manage our work. I think that like businesses, we have so many opinions, so many ideas on what is important, and on what works well. I think this variety of ideas is often combined with inexperienced management and project management, resulting in projects that don't move forward in a well-engineered manner.

Microsoft has done an amazing job, from my perspective, with engineering SQL Server. At a time when it seems that many large software projects, including Windows, regularly run late, Microsoft has moved to a well engineered, consistent, release-every-18-months cycle. After SQL Server 2005, the next 2 releases have been on a well defined schedule, and been successful. There are bugs, and things I'd do differently, but the products have been well managed and well developed as software projects. I have every reason to believe that SQL 11 will release around 18 months after R2, sometime in late 2011.

We can get better, and I hope many of us will, but I think it requires not only more professional habits and skills from developers, but also from managers.

Steve Jones thinks we should be building feedback loops into all our systems. Not just for customer service, but also for bugs.

A guest editorial today from Andy Warren. When someone is looking to introduce a free version of a product, what's the best way to tackle it?

When building a new database or system, are you designing concrete code? Should you be? Steve Jones comments on matching your needs with your architecture.

What Do We Want?

Today Steve Jones talks about the challenges of deciding what to include in that next software release. Something that likely isn't as easy as we might think it should be.