Being Careful with Power 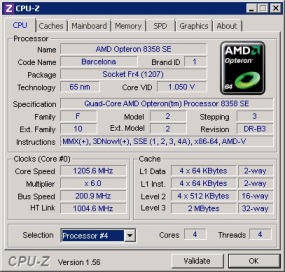 It's a good idea to try and conserve power. Turn off lights you don't need, power down that XBOX when you're not playing it, just being careful about your usage of power. As power becomes a larger and larger percentage of the cost of running a data center, it's just good financial sense to pay attention to what is consuming power and try to minimize it if possible. Virtualization, consolidation, and bursting to the cloud, and other technologies can help as well and they are worth investigating.

I first saw a note from Glenn Berry early last year that talked about the impact of power saving mode on servers. I didn't think much of it until Brent Ozar blogged about a huge performance improvement at StackOverflow when he discovered their servers had the CPUs in power saving mode, running at half the rated speed. That immediately triggered me to keep this in the front of my mind as a performance item to check on any servers I encounter. I haven't checked the SSC servers, but they are virtual and I don't have access to the underlying host.

This week Paul Randal also blogged about it, acutally asking a survey question about the issue. He shows a screenshot from a client in a similar situation and asks what the rest of you find on your servers. I'd urge you to download CPU-Z, run it on your servers, and answer the poll. I would guess that we see a good percentage of people might have their CPUs running slower than expected.

Being careful with resources makes sense. We ask you to do that when you write code and design databases. Don't ask the server to do more than it has to for any particular slice of code. However you can go too far, as it seems the new power saving CPUs are doing. For some servers this might make sense, but for SQL Servers, which can experience a very bursty CPU load from queries, I would be careful you are not unknowningly throttling your CPUs.