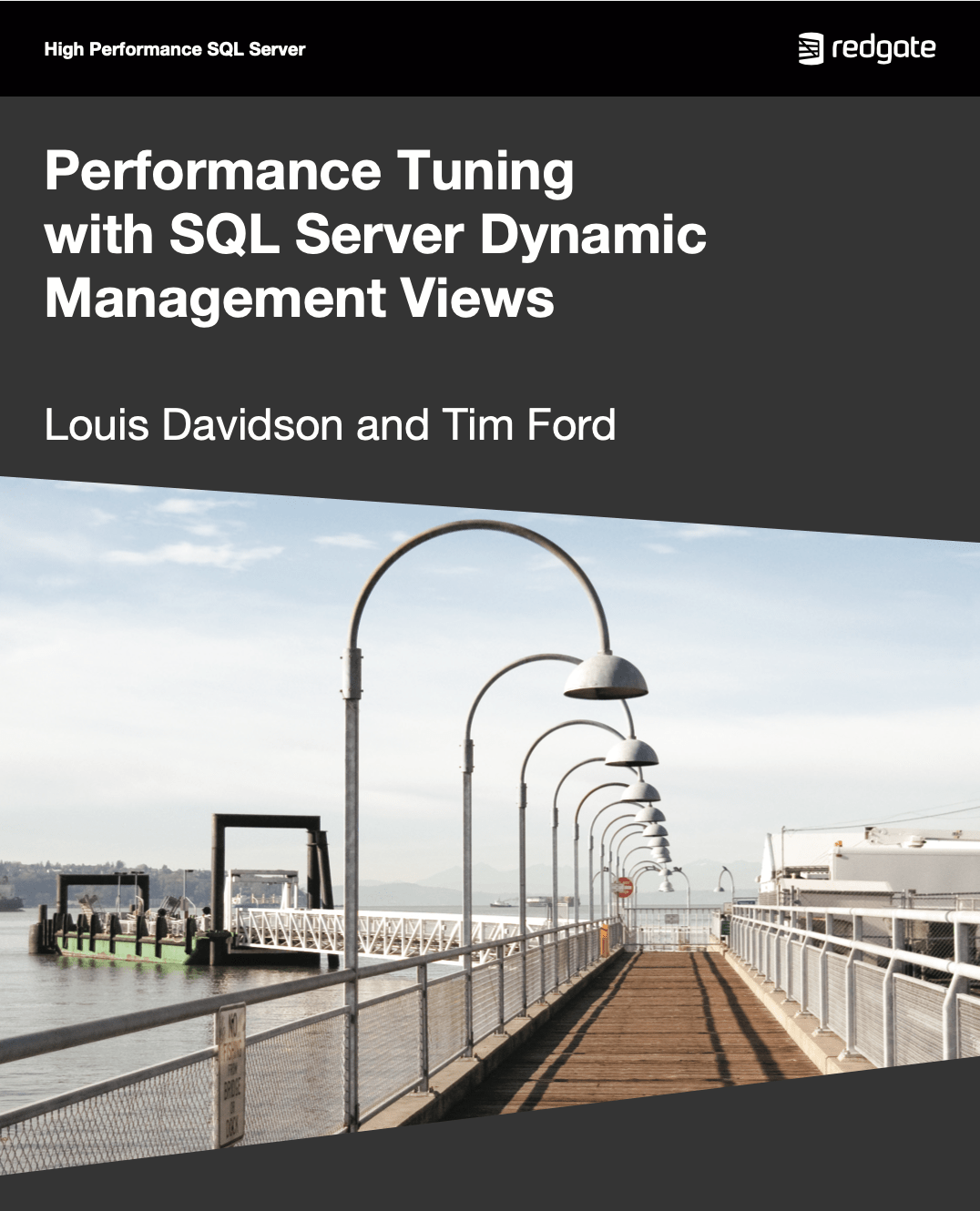 Editorial ReviewDynamic Management Views (DMVs) are a significant and valuable addition to the DBA's troubleshooting armory, laying bare previously unavailable information regarding the under-the-covers activity of your database sessions and transactions.

Why, then, aren't all DBAs using them? Why do many DBAs continue to ignore them in favour of "tried and trusted" tools such as sp_who2, DBCC OPENTRAN, and so on, or make do with the "ready made" reports built into SSMS? Why do even those that do use the DMVs speak wistfully about "good old sysprocesses"?

There seem to be two main factors at work. Firstly, some DBAs are simply unaware of the depth and breadth of the information that is available from the DMvs, or how it might help them troubleshoot common issues. This book investigates all of the DMVs that are most frequently useful to the DBA in investigating query execution, index usage, session and transaction activity, disk IO, and how SQL Server is using or abusing the operating system.

Secondly, the DMVs have a reputation of being difficult to use. In the process of exposing as much useful data as possible, sysprocesses has been de-normalized, and many new views and columns have been added. This fact, coupled with the initially-baffling choices of what columns will be exposed where, has lead to some DBAs to liken querying DMVs to "collecting mystic spells".

In fact, however, once you start to write your own scripts, you'll see the same tricks, and similar join patterns, being used time and again. As such, a relatively small core set of scripts can be readily adapted to suit any requirement. This book is here to de-mystify the process of collecting the information you need to troubleshoot SQL Server problems. It will highlight the core techniques and "patterns" that you need to master, and will provide a core set of scripts that you can use and adapt for your own systems, including how to:

The DMVs don't make existing, built-in, performance tools obsolete. On the contrary, they complement these tools, and offer a flexibility, richness and granularity that are simply not available elsewhere. Furthermore, you don't need to master a new GUI, or a new language in order to use them; it's all done in a language all DBAs know and mostly love: T-SQL.

Louis Davidson has been in the IT industry for 15 years as a corporate database developer and data architect. Currently he is the Data Architect for Compass Technology in Chesapeake, Virginia, supporting the Christian Broadcasting Network and NorthStar Studios in Nashville, Tennessee. Louis has been a Microsoft MVP since 2004, and is an active volunteer for the Professional Association for SQL Server working in their Special Interest Groups. He is the author of SQL Server 2005 Database Design and Optimization.

Tim Ford is a senior database administrator with Spectrum Health in Grand Rapids, Michigan. He has been an active volunteer with The Professional Association for SQL Server (PASS) since 2002 and a certified solutions developer (MCSD) since 2001. Currently he is attempting to teach himself web development at www.ford-it.com. In his free time he usually has a camera, game controller, spatula, guitar, handlebars, book, or beer in his hands. His wife and two young sons, Austen and Trevor keep him sane when not driving him completely crazy.

This book holds the key to "encryption without fear". In it, John Magnabosco sweeps away some of the misconceptions surrounding SQL Server's encryption technologies, and demonstrates that, when properly planned and implemented, they are an essential tool in the DBA's fight to safeguard sensitive data.

This is the book that will de-mystify the process of using Dynamic Management Views to collect the information you need to troubleshoot SQL Server problems. It will highlight the core techniques and "patterns" that you need to master, and will provide a core set of scripts that you can use and adapt for your own requirements.

As a developer, DBA or manager, you may not really want to know all about XML, replication or Reporting Services, but if your next project uses one or more of these technologies heavily then the best place to start is with the 'jungle roof' view of each topic that this Crib Sheet compendium provides. 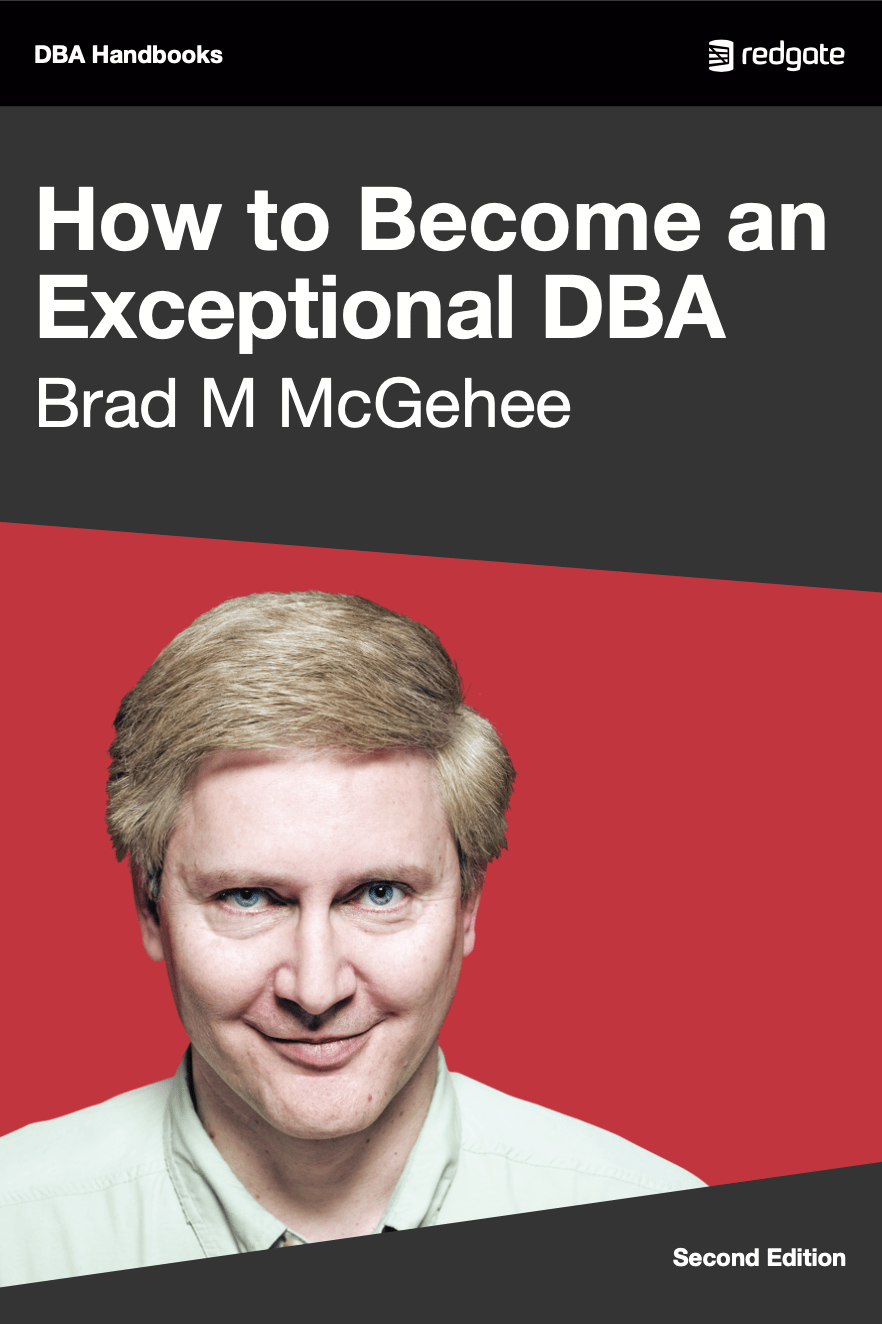 How to Become an Exceptional DBA, 2nd Edition

Brad McGehee provides a "career guide" for DBAs. It is intended both to help prospective DBAs find a "way in" to the profession, and to advise existing DBAs on how they can excel at their jobs, and so become Exceptional DBAs.