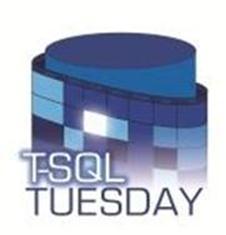 This latest installment of T-SQL Tuesday #30, is hosted by SQL MVP, Chris Shaw who asks us to write on a very

important and excellent topic, Ethics.   I just realized that this second Tuesday of the month, when each T-SQL Tuesday occurs, is upon us.  I thought about asking Chris if I can sneak in my entry tomorrow, but that just wouldn't be ethical.  OK, I wasn't serious about that, but, ethics in the workplace, and ethics in general is a very serious topic, and timely as well, since I recently attended a company's ethics seminar.  Thinking it would be a boring powerpoint presentation filled with endless bullet points, I was pleasantly surprised at how interactive the session was.

Ethics of course, according to Wikipedia,  is a branch of philosophy that involves systematizing, defending, and recommending concepts of right and wrong behavior.  Or, getting a whoopin from mom and dad, when growing up often taught us the difference between right and wrong.  However, as the seminar focused on, the determination of whether an act is ethical, is not always black and white.  There are some ethics of course that border on morality, as well as whether or not the activity is downright illegal.  This distinction is often blurred, because ethics are independent of whether or not something is illegal.  One example is the old blue laws that existed.  In many states, you can't sell liquor before noon.  If the cashier sold someone liquor at 11:59am, it could technically be illegal, but not necessarily un-ethical.

The moderator asked someone to stand up, and imagine a train coming that diverts into two tracks.  One track A is a baby, and track B is an elder lady in her 70's.  (I always hated these examples, but he was making his point) As a train is coming, the person has access to the track switch, and must decide in seconds, which way the train will go, and of course, who would die in the oncoming train crash.  This at first may be an easy decision - you rationalize that the 70-year old woman already lived out most of her life, and the baby deserves a chance to live.  But, really, who should decide that the 70-year-old's life is no longer worthwhile?  Now, as the scenario plays out, you find out that the 70 year old is Mother Theresa, and is about to be awarded the nobel peace prize.  You might still stick with your decision, and perhaps Mother Theresa herself would urge her sacrifice.  But then, you learn the baby's identity - a young Adolf Hitler.  An extreme example, but nonetheless an example of what is the right or wrong decision.

As we go further into the session, he lines up groups of individuals in the room, and shows a scenario on the screen.   You are a financial officer in a publicly traded firm, and your son, who works in the firm, is about to purchase a new house and apply for a huge mortgage that he can only afford with his current job.  He lives at home, with his new wife, and you're finally glad he's getting a place of his own, not too mention, you're about to give him the money for a significant down payment.  However, as financial officer, you receive a list of people about to get laid off, and your son is on it.  What do you do? Do you violate your oath as a financial officer of the firm, and tell your son? (Those who do move to the right, those who don't go left)  Take it a step further, if you tell your son, and word gets out, the company and shareholders may be at risk for some fallout, as this information could affect stock price and considered inside information.  Now, this could also be illegal.  Does this change what you do?  Repurcussions to be considered.

So, my own take is of course, be informed and find out as much information as you can before making a decision.  Usually, if it feels wrong, it is wrong.  If you have an opportunity to discuss the situation with a close confidant, or in the case of the above company scenario, an HR person, do it. (Some larger companies have compliance departments that can help)

A more comical end to the session, is they show a short-film of an elder gentlemen in a suit and tie with a brief case coming in for a meeting. He is escorted to the conference room to wait for the attendees to arrive.  While there, he notices a bowl filled with expensive Belgian chocolates.  He helps himself to one....then two.....  He looks around to see if anyone is coming, and then he pockets a few more, until finally, he opens his briefcase and empties the whole bowl into it.  Suddenly, the lights come on behind a one-way mirror, and everyone in the meeting is looking on.  Caught red-handed!!

Now the last scenario above, may be funny (the room was chuckling), but the lesson of ethics here is, always act in a manner as if everyone is watching.  Think to yourself, if someone, anyone was watching me, would I carry out this out, or decide to do something in this way.  A great point!

Finally, as a DBA, the guardian of the company's data, we must maintain the highest level of ethics, because we definitely are in a position to compromise and possibly damage a company's business.  I personally have managed systems in government, finance, business and health sectors.  Personal and confidential data such as salaries, social security, financial, medical, etc. are typical in a DBA's world.

A DBA should live up to a higher standard, IMHO, because the consequences can have a truly damaging and negative impact on a company or person's livelihood, career, lives, and financial stability.  The stakes are indeed high.

Everyone is faced with the prospect of making the right and ethical decision.  How you ultimately decide, has the greatest impact.

Thanks, Chris for hosting! This is a great topic that will continue to be discussed, long after T-SQL Tuesday #30 is history.