The line for this months TSQL Tuesday required wagers be made concerning the risks and bets that have either been made or not made.

At close, we saw 17 people step up and place remarkable markers.  Today, we will recap the game and let you know who the overall winner from this week of game play in Vegas just happened to be. 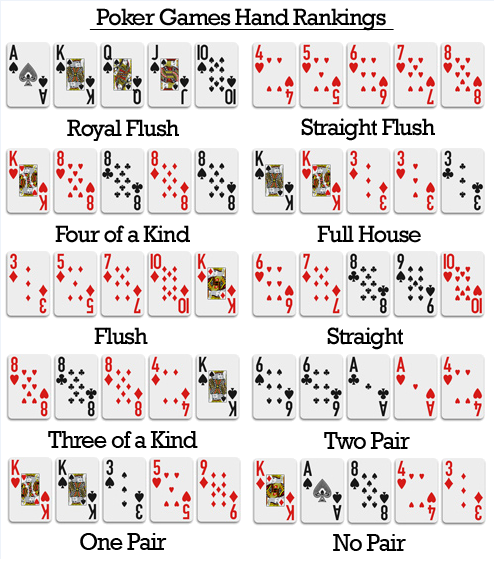 This is about some bets, so we needed to understand some of the hands that might have won, right?

Let’s see the hands dealt to each of our players this past week.

Andy Galbraith (b|t) shared a full house of risk this month when talking about backups.  Do you have a backup if you haven’t tested it.

Boris Hristov (b|t) thought he was feeling lucky.  He couldn’t imagine things getting worse.  He even kept reminding himself that it couldn’t get worse.  He was dealt a hand and it was pretty good – and then everything just flushed down the drain.

A disaster with replication and with the storage system – ouch!

Chris Yates (b|t) wanted to push his hand a little further than Andy this week.  Chris went all-in on his backups.  At least he went all-in early in his career.

The gamble you ask?  Chris didn’t test the backups until after he learned an important lesson.

“I’ve always been taught to work hard and hone your skill set; for me backups fall right into that line of thinking. Always keep improving, learn from your mistakes.”

Doug Purnell (b|t) shares another risky move to make.  In this hand, Doug thought he could parlay maintenance plans into an enterprise level backup solution.

What Doug learned is that maintenance plans don’t offer a checksum for your backups.  After learning that, he decided to stay and get things straight.

Jason Brimhall (b|t) took a different approach.  I took the approach of how these career gambles may or may not impact home, family, health, and career in general.

There is a life balance to be sought and gained.  It shouldn’t be all about work all the time.  And if work is causing health problems, then it is time for a change.

It’s important to have good health and enjoy life away from work. 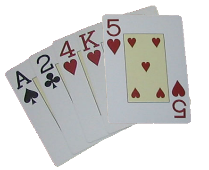 Jeffrey Verheul (b|t) had multiple hands that many of us have probably seen.  I’d bet we would even be able to easily relate.

In the end, what stuck with me was how more than once we saw Jeffrey up the ante with a story of somebody who was not playing with a full deck.  If you don’t have a full deck, sometimes the best hand is not a very good one overall.

Joey D’Antoni (b|t) had a nightmare experience that he shared.  We have all seen too many employers like what he described.

The short of it is summed up really will by Joey.

“The moral of this story, is to think about your life ahead of your firms. The job market is great for data pros—if you are unhappy, leave.”

K. Brian Kelley (b|t) brought us the first four of a kind.  Not only did he risk life and limb with SQL 7, but he tried to do it over a WAN link that was out of his control.

When he bets, he bets BIG!  DTS failures, WAN failures, SQL 7, SQL 2000, low bandwidth and somebody playing with the nobs and shutting down the WAN links while laughing devishly at the frustration they were causing.

Kenneth Fisher (b) thought he would try to one-up Jeffery by getting employers that would not play with a full deck either.

That seems to be a lot of hefty wagers somebody is willing to lay down.

Matt Velic (b|t) brought his A-game.  He was in a no prisoner kind of mood.

Matt decided he was going to real you in, divert your attention, and then lay down the wood hard.  Don’t try to get anything past Matt – especially if it wreaks of shifty and illegal.

The way he parlayed his wagers this month was a riot.

Mickey Stuewe (b|t) was the only person willing to Double-down and to even try to place a bet on snake-eyes.  With the two-pronged attack at doubles, she was able to come up with two pairs.

To compound her doubles kind of wagers, she was laying down markers on functions.  Check out her casino wizardry with her display of code and execution plans.

Rob Farley (b|t) was a victim of his own early success.  He had a lucky run and then it seemed to peter out a bit.  In the end he was able to manage an Azure high hand

Rob reminds us of some very important things with his post.  You can get lucky every now and again and be successful without a whole lot of foresight.  Be careful and try to plan and test for the what-if moment.

Robert Pearl (b|t) rolled the dice in this card game.  He was hoping for a pair of kings with his pair of clusters and the planned but unplanned upgrade.

There is nothing like a last minute decision to upgrade an “active-active” cluster.  In the end Bobby Tables had an Ace up his sleeve and was able to pull it out for this sweet pair.

Russ Thomas (b|t) ever have the business buy some software and then thrust it on IT to have it installed last minute?

That is almost what happened in this story that had some interesting yet eventual results.

Russ weaves the story very well, but take your eye of the game at hand!!

Sebastian Meine (b|t) brought needles to the table.  That is wicked crazy and leaves quite the impression.

Maybe he thought he was going to inject some cards into the game to improve his hand.  I was almost certain he had nothing going, but magically he was able to produce some favorable data.

Oh, that was the point of his post!  Have a weakness? It will be found, injected and exploited.

Steve Jones (b|t) had a crazy house going.  Imagine 2000 or so people all trying to help you make your bets and play your hand.  That is a FULL house.

Of course, his full house was more to deal with a misunderstood risk with the application and causing performance problems in the database.

In the end, they fixed it and it started working better.  A little testing would have gone a long way on this one!

Wayne Sheffield (b|t) in perhaps the most disappointing and surprising turn of events, Wayne ended up with a hand that could have won but he folded.

Well, Wayne didn’t fold but there were some bets that resulted in people folding and maybe worse in the story that Wayne shares.  This can happen when you are betting on something you know nothing about and really should get somebody to help make the correct bets for you.

And to recap, the overall winner was…

the HOUSE.  With a winning hand of a royal flush.

Thanks to all of the SQLFamily for participating this month.  There were some really great experiences shared.  The posts were great and it was a lot of fun.  I hope you got as much enjoyment out of the topic and articles this month as I did.