What is code coverage?

What is code coverage for SQL Server?

SQL Server gives us a great tracing mechanism, either profiler or extended events which details exactly which statements have been run. SQL Server doesn't do so well at telling us what statements we could possibly run in some code but the Transact Sql Script Dom that is part of the DacFx does give us the ability to break T-SQL code into statements so combining the two we have the ability to take a stored procedure such as:

and we can use the scriptdom to tell us that there are 6 statements or "lines of code" in this procedure and when we run it while covering it we get the details that all of the statements apart from "select 500" are run which gives us a code coverage of 5 out of 6 statements.

Who decides what a statement is?

Partly me but mostly SQL Server itself, if you run a trace with SQL Server/sp_statement_xx you can pretty easily see that the select's are statements, the begin/end by itself is not a statement and the if is a statement - this makes sense to me, the begin/end doesn't actually do anything it is just to help you keep your code tidy, for example this is valid SQL and is only 1 statement:

Where can this be used

This version of code coverage is a .net dll with some examples in powershell so it can be used with any build server or test framework, but it was written primarily for tSQLt and has some filtering to filter out tSQLt objects and test procedures so anything that is in a tSQLt test class will be ignored. It was also written to fit into the Redgate DLM automation suite so if you have that then I would recommend using it.

This first example I will use the SQLRelease module from the DLM suite...

In powershell code that is:

You will need to obviously provide the correct paths, a nupkg file and if you want a pretty report then reportgenerator.exe.

If you don't have SQLRelease then you can do the same thing but you must deploy the code yourself first:

In powershell code that is:

If you wanted to call an exe, for example an nunit test runner or msbuild then instead of calling Get-CoverTsql you can call Get-CoverExe which will start the coverage, then start the exe and stop the coverage when it completes. If you want to completely control when coverage sessions are started or stopped then SQLCover.dll has a .Start() and .Stop() methods, see Get-CoverRedgateCITest for examples.

What output do you get?

You get a CoverageResult object which has two public properties:

These give you the ability to react to a poor coverage result or you can convert the CoverageResult to:

I would strongly suggest you grab a copy of reportgenerator so you get reports that look like: 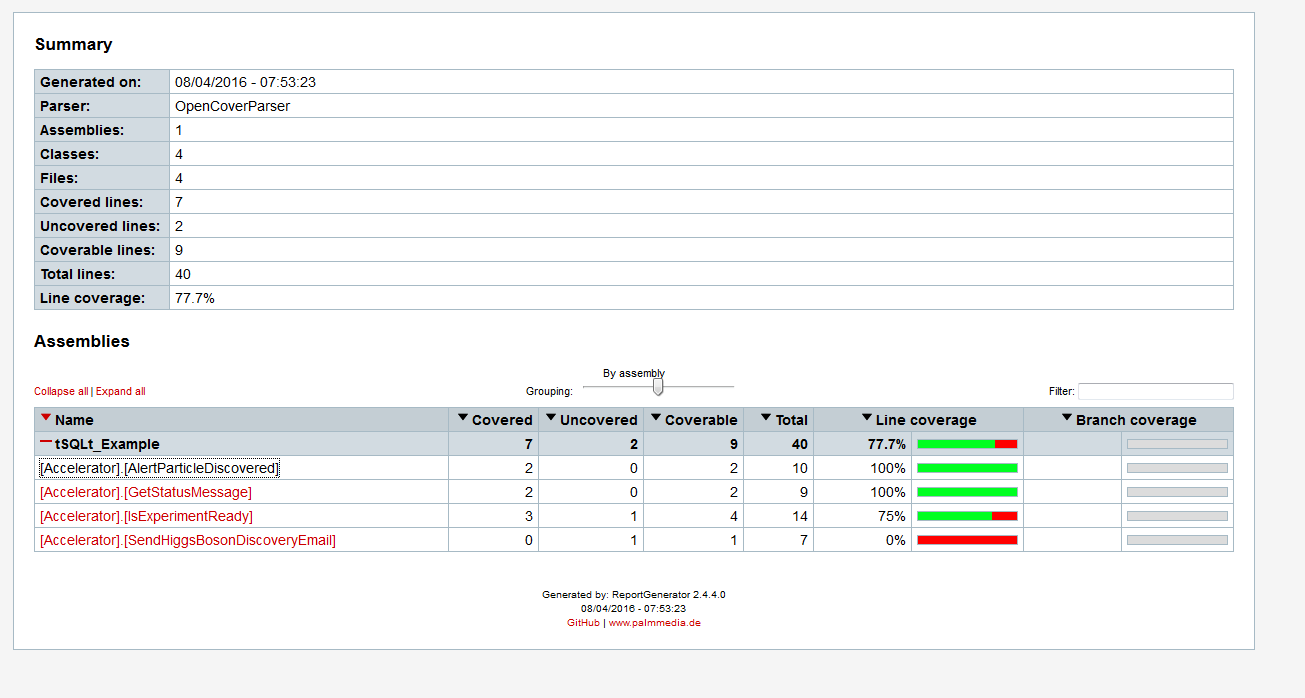 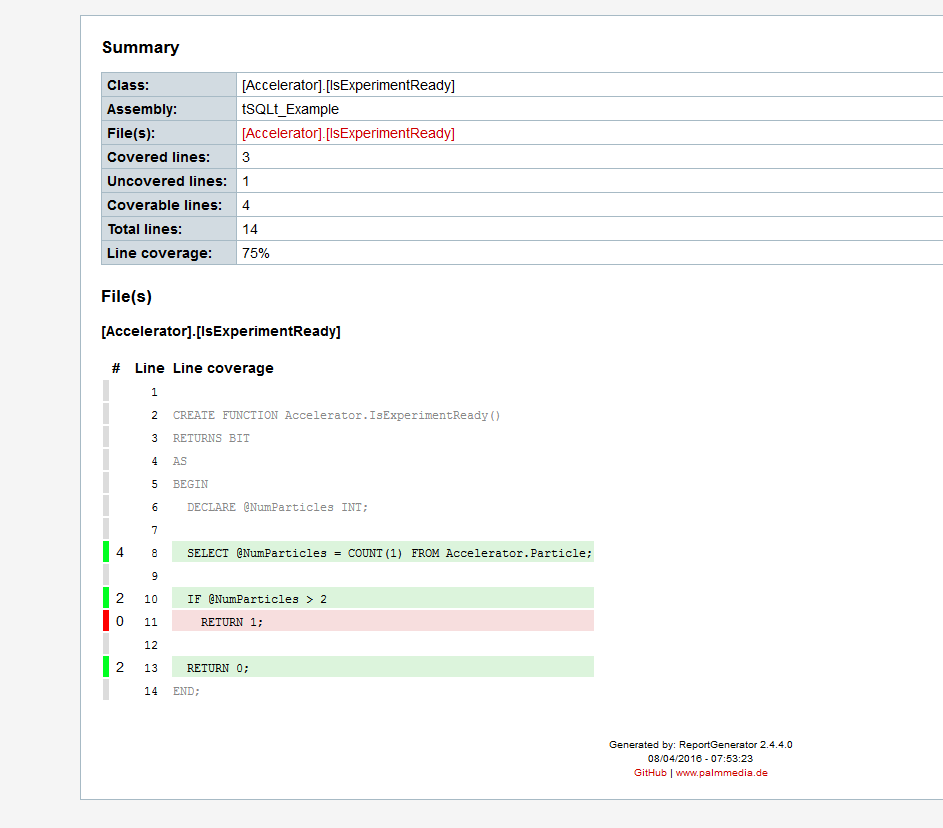 The ssdt dev pack already has code coverage but it is only within an ssdt project and it isn't possible to generate code coverage results as part of a build process so although I will still work on that, I will migrate that over to using this at some point.

I just wanted to say a big thanks to David Atkinson at Redgate, he sponsored the project which meant that I could focus on it and provided some great feedback and guidance along the way 🙂