I’ve been testing the SQL Server on Linux for a long time. After the recent Microsoft Data Amp event, I saw the announcement for CTP-2. So I did what I’ve been doing for some time on my Ubuntu machine:

However, I got a message I didn’t expect.

A few people on Twitter noted they had updated to CTP 2, but I was still on CTP1.4.

I looked back through the apt-get log and I saw this: 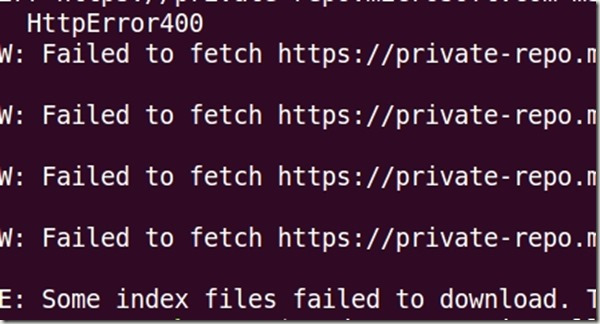 I’m cutting off part of the path, since I think it’s probably NDA. No worries, apparently the old location for me hasn’t been updated with new packages, which makes sense.

I decided to check the MS docs and see how a new user would get SSoL running? At the new docs.microsoft site, I found the Install SQL Server on Ubuntu doc.

Following the instructions, I updated the GPG keys and registered the repository with curl:

Once those were done, I re-ran my apt-get update/install and it worked.

If you haven’t worked with Linux, it’s not really that hard. Some of you may get asked to install or manage a system, and while you should seek help for anything production related, in dev areas, play around. Read and learn a bit about Linux (I’d recommend watching the SDTIG book club meetings I, II, III, IV on Linux), download Ubuntu (or anything) and play around. Get used to a command line and try things.