Microsoft has released SQL Server 2012 RTM Cumulative Update 1, which is Build 11.0.2316.0. I count 55 fixes in the public fix list, which is a pretty high number of fixes. This is a good thing, to see the first CU come out so quickly after RTM, with a lot of issues being fixed. My theory (which is unsupported by any inside information), is that there was probably a code freeze quite some time ago as SQL Server 2012 was approaching final RTM status, unless a truly show-stopping issue was discovered. After the final RTM build was blessed, developers at Microsoft were free to start addressing issues that had accumulated from people in the TAP program, and from more people using the RC builds late in the development cycle.

Even if you are one of those people or organizations who does not like to deploy Cumulative Updates (waiting for Service Packs instead), I would consider making an exception for this CU, especially if you are getting ready to do an initial production deployment of SQL Server 2012. 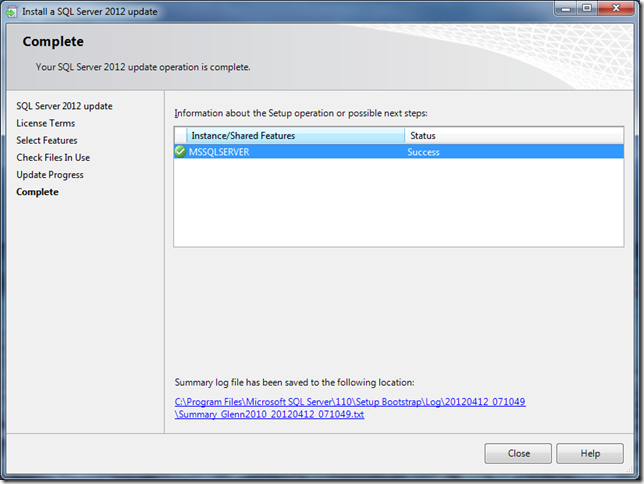