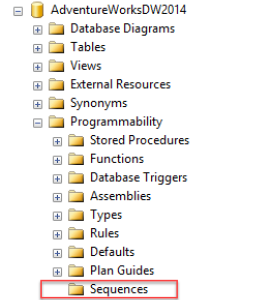 Let’s take a look at what a Sequence is in relation to an Identity Column in SQL Server. Did you know Sequence even existed? I didn’t until I was asked about them. It’s amazing how much you can skip over and never notice in SSMS. See this little folder, ever notice it under Programmability in Management Studio. Yep it’s there, SQL Server has this very handy thing called Sequences. Sequences are a relatively new feature that have only existed since SQL Server 2012, but have long existed in Oracle (where there a no identity columns).

What is a Sequence?

Per MSDN, A sequence is a user-defined schema bound object that generates a sequence of numeric values according to the specification with which the sequence was created. The sequence of numeric values is generated in an ascending or descending order at a defined interval and can be configured to restart (cycle) when exhausted. It’s important to note the sequences can be cached and are not guaranteed to be in sequential order.

After creation, you can look at the properties in the GUI. Note you can set the Increment by, you can restart the sequence and even set min and max values. 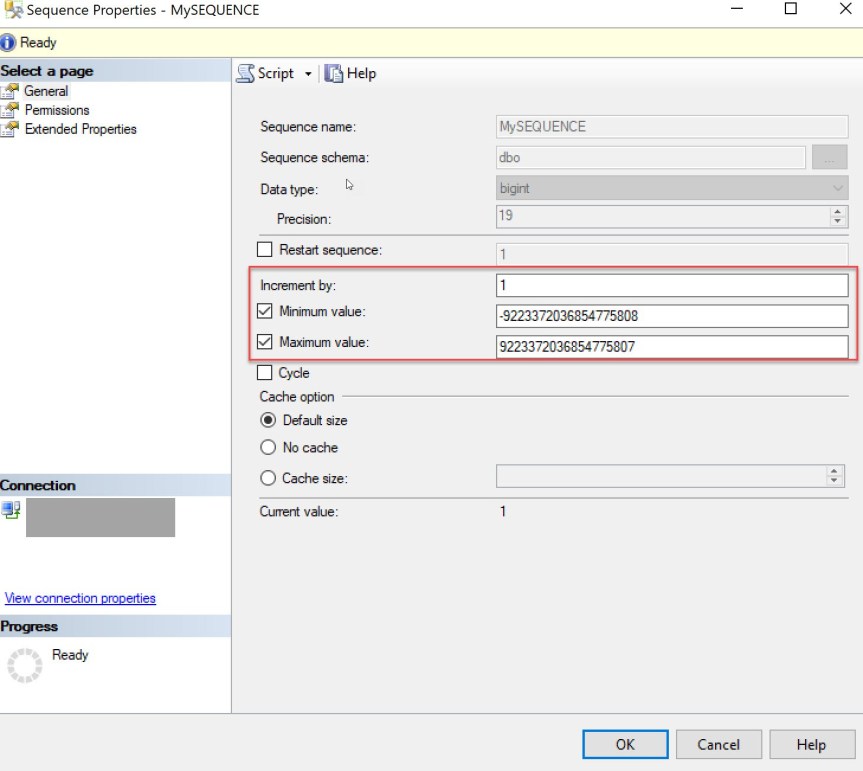 A property of a table that is set by initial seed value (starting value). For each insert it assigns a new incremental value that is added to the identity value of the previous row that was loaded.

Note: after the field type IDENTITY, you declare the SEED (1), then INCREMENT Value (1). You can see this in the GUI below for the Column properties. 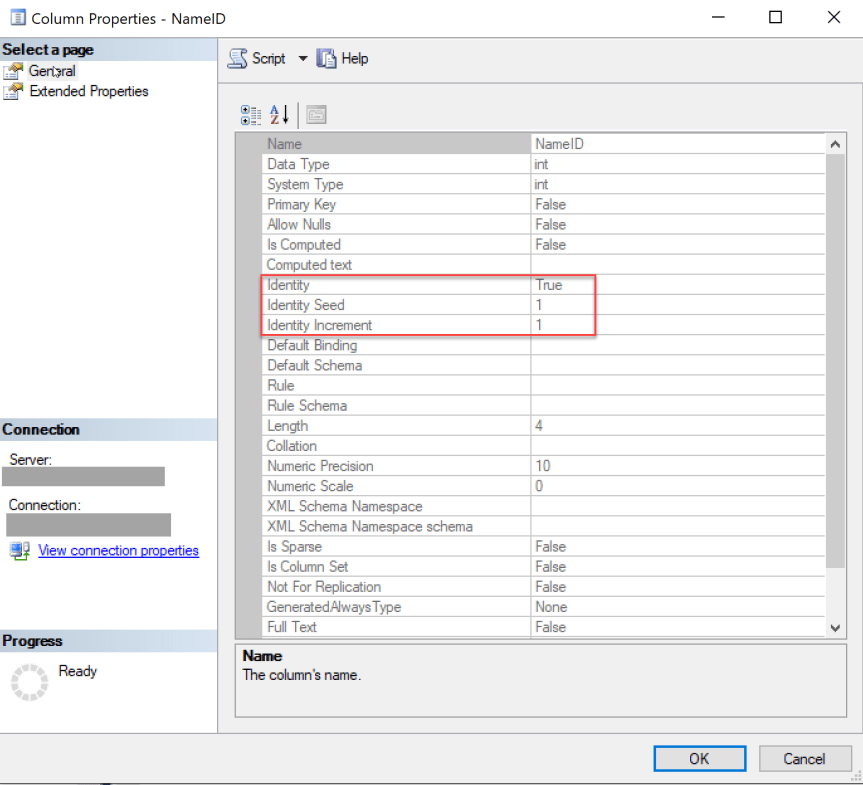 So, this was just a quick look what a Sequence is compared to an Identity column. Both can be very useful. If you’re looking for a unique value your best bet it to go with an Identity Column and the Primary Key option. If you want just an auto-generated value to be able to use in an application outside of a table a Sequence is a sure bet. Play around with it, I am sure you can come up with a million and one uses for each.

Per MSDN there is a new option

Applies to: SQL Server 2017 and Azure SQL Database (feature is in public preview)

Enables or disables identity cache at the database level. The default is ON. Identity caching is used to improve INSERT performance on tables with Identity columns. To avoid gaps in the values of the Identity column in cases where the server restarts unexpectedly or fails over to a secondary server, disable the IDENTITY_CACHE option. This option is similar to the existing SQL Server Trace Flag 272, except that it can be set at the database level rather than only at the server level.