Take for instance a new SSIS Catalog server – without any existing projects – as shown below: 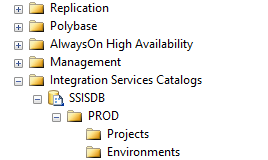 Launch your SSDT 2015 project and deploy a single package i.e. PackageA in my example shown below. 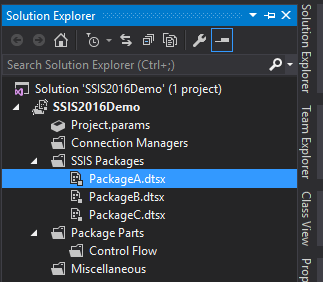 You will soon realize that you cannot proceed with the deployment as the OK button is disabled. Instead, you are required to first create a project (by clicking the New project… button) before you can deploy the single package. 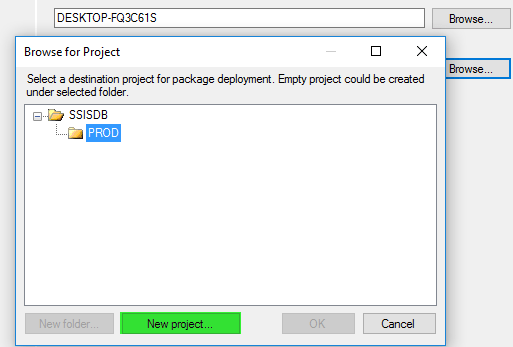 Once you have created the project, the OK button becomes available again, thus you can proceed with deployment. 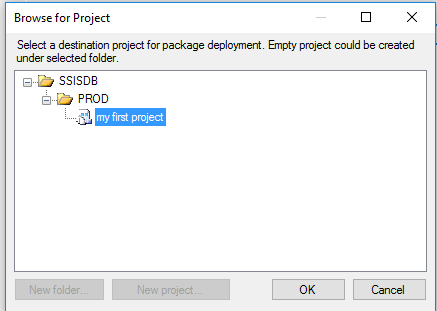 This works different to the package deployment model which allows you to deploy a single package to SQL Server, file system or, package store without firstly creating a project.

Until next time, cheers.