No Joke, SQL Server on Linux

Yesterday Microsoft made the earth shattering news that a version of SQL Server with the “core relational database capabilities” will be available for Linux systems in mid 2017. The full announcement can be found here. 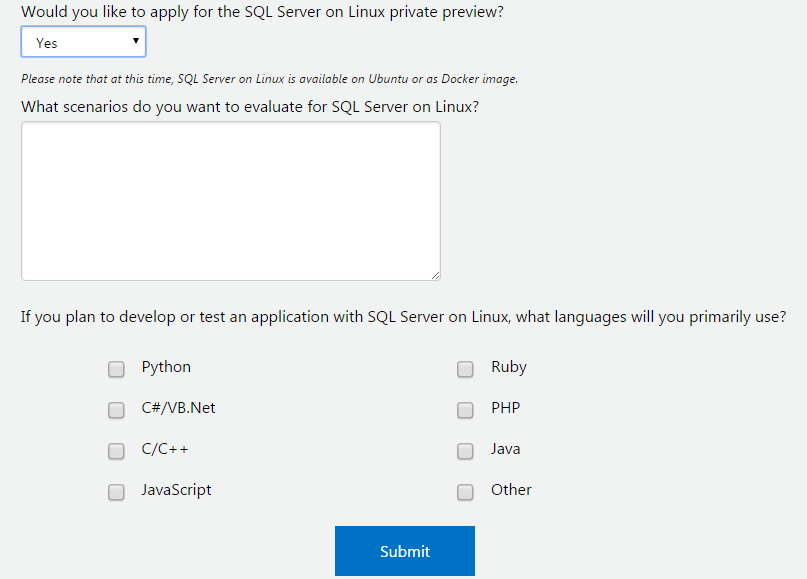 There are some interesting details coming out on the collaboration between Microsoft and Red Hat on enterprise support for hybrid solutions on Azure. See here for more details. It would seem these two giants are coming ever closer together.

There a lot of companies using and paying for Oracle on Linux, so why not SQL Server? I do think it will be a slow uptake for enterprise projects as it’s only likely that this would be considered for new projects. It may also be seen as a risky option in the long run because if adoption is slow what is the likelihood of the SQL Server on Linux project being canned in the future?

To me it looks like an attempt to access a large market that is dominated by Oracle. I wonder, if adoption was high, would it hurt the Windows Server project? I don’t think Microsoft are planning on dropping Windows Server at all, but the new core licensing may push some people to Linux anyway.

Where I can see this working is for Linux based developers using Express edition as the RDBMS for projects in their early days. This could be used to produce proof of concepts while looking to upgrade to Enterprise edition when\if the project goes live.

The post No Joke, SQL Server on Linux appeared first on The Database Avenger.