In A Previous Installment 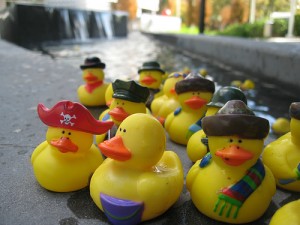 … our heroine (that’s me) rediscovered CTEs, specifically in the recursive style. That was in my post “Filling in Data Potholes with Recursive CTEs.”

To recap: I was working on a problem with gaps in temporal data. The basic scenario was:

Imagine that you are writing a script that looks at data grouped by the minute. You notice that there are no rows for some minutes, and you’d like to display a value when that is the case, probably showing a count of zero.

For the particular problem I was looking at, I was using small datasets and generating a list of all the valid dates with a recursive CTE performed well for me.

The best thing about blogging is not really sharing what you know: it’s getting to learn more. You get to learn from the process of writing the blog, and also if you are lucky enough to get comments from readers.

I had a couple of comments that mentioned performance, and Brad Shulz ( blog | sadly not on Twitter ) also linked me up to this most interesting post he did on recursion.

Brad’s comment and post inspired me to do a little rewriting to put together a tally table style solution to the example I gave, scale it out in a few different ways, and collect and publish performance comparisons.

I didn’t do anything fancy for this. I took the same query I had previously to generate some data with gaps, and just modified it a bit so I could add in a small amount of data three months out, six months out, one year out, and two years out. This created datasets that were mostly “gap” for these future periods, but still made the query return a lot of rows.

For this test I created a temporary tally table with two million rows. I used the method to populate the table which Jeff Moden recommends in his article, The ‘Numbers’ or ‘Tally’ Table: What it is and how it Replaces a Loop:

One thing to note with the tally table approach: you need to make sure you have enough numbers in the tally table to support your needs, or you’ll be missing rows in results. For production usage, you probably want to go well above 2 million if you’re using this for any scale.

To create the tally table on the fly with this number of rows, it took 4,438 ms of CPU time.

For fun, I used a CTE when I wrote my query to display the data for the Tally table, also. In this case, it’s just not a recursive CTE. A derived table could have been used just as well, but I think it’s more readable with the CTE.

This was the same as last time– just recapping it here for anyone playing along at home:

I tested this on a virtual machine on my laptop, which is (definitely) not a production environment! However, I wasn’t doing much else on the laptop at the time, and I ran each test a couple of times to make sure results were all clearly in the right ballpark.

I cleaned out the buffer pool (DBCC DROPCLEANBUFFERS) and the procedure cache (DBCC FREEPROCCACHE) before each query.

Here is what I saw:

Don’t forget that I was seeing 4,438 ms of CPU time to create my tally table itself– if you truly couldn’t persist objects, this might be a concern for you. However, the numbers in this table really justify creating persisting the tally object permanently.

CPU time is 8 times faster on average with the tally method when we get above 125K rows. The minimal logical reads, and the ability for read-ahead reads to be used, is also convincing.

What about the Execution Plans

For the most part, I’m just going to link yet again to Brad’s post. Read about the Stack Spool operator!

I can’t really think of a situation in which I’ll use the recursive CTE for this specific issue. And after thinking about the stack spool operator, I’ll try to think differently about how to construct queries in general.

However, I really enjoyed writing these posts.