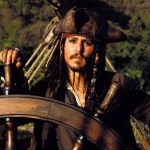 This is me on the last cruise

In just a few more weeks I’ll be setting sail on the first of two SQL Cruise events this year. I’m honored beyond my ability to appropriately express it to be included as one of the Technical Leads for both the cruise in February (7-14, 2015, I think there’s a seat or two left) to the Caribbean and the one in June (14-21, 2015, definitely a couple of seats left) to the Mediterranean. Lest you think that this is just an excuse to hang out and drink, you ought to know a little about how sessions are presented on the cruise and the sessions I’m presenting.

Don’t mistake sessions on the boat for your typical one hour session at a SQL Saturday event. These sessions are two hours long. That means two things. First, I can spend quite a bit more time on my topic so that I get to put out some real in-depth information rather than the high level or glossed presentations you can do in one hour. Second, you get to ask questions, make comments, directly interact in an environment where, even if I say we’ll have to talk about this after the session, I’m right there so we’ll be talking about it after the session. Plus, you’ll still have the other Technical Leads there to help answer questions.

Because the most important aspect of the SQL Cruise is your access to both the Technical Leads and the other cruisers (including MVPs, MCMs, and just awesome and amazing people). This is the single most important aspect of SQL Cruise, the ability to sit down with people like Kevin Kline and pick his brain, without pressure, without the need to run to another session, without the ability of Kevin to escape (ha, not that he’d try, he’s one of the most helpful and kind people I know). The same goes for all the other cruisers and Tech Leads.

I’m doing two sessions on the cruise. The first is called “Execution Plans, What Can You Do With Them.” Yeah, yeah, yeah, query tuning. Whatever. You’re right, it is one of the important aspects of what execution plans do. But, in this session, instead of exploring an execution plan to try to improve performance, we’re going to explore execution plans to see what they tell us about how SQL Server works. What happens when you insert data? What happens when there’s a calculated column? How do the queries and the internals of the structures get resolved by SQL Server? Well, I can’t tell you everything about that because the execution plan is still an abstraction layer. But, there’s a ton of really interesting information available within these things. We’re going to dig around in them and see what we can see and just talk about what an execution plan shows us and how we can explore it. I’ve been working obsessively on a bunch of, what I think, are interesting plans with fun little details to explore. And, I’ll share all the scripts so you can explore them on your own.

Next, I’m doing a session on a performance checklist. I’m going to just flat out give away the stuff I go through and look at when setting up a server, designing a database, or consulting on performance problems. But more importantly, I want to discuss with you why I’m doing everything I’m doing. I’m counting on the fact that with all the MVPs and MCMs in the room, I’m going to be able to say a few things that they’re going to jump into the middle of. Oh yes, we’re going to have some excellent conversations during this session. I promise. I make a few suggestions that almost no one agrees with. We’re going to have fun. You won’t want to miss it.

Oh, yeah, and we get to do all this awesome learning, sharing, talking and laughing while basking in warm sunshine and sipping on the beverage of your choice (make mine a Mojito, no, wait, a Mulata Daisy, hang on, how about a Caipirinha? Yeah, I know, that’s not rum, it’s still good, and who knows, the rum might be gone).

SQL Cruise quite literally changes the life trajectory of people involved with it. The direct, extended, involvement between the people on the cruise energizes people to make positive changes in their lives. And we learn stuff. And we have fun. Don’t miss out.

The post Execution Plans, Performance Tuning and Rum appeared first on Home Of The Scary DBA.