Dragging a name from the object explorer to a query window

In the same vein as Steve Jones’ series on Customizing SSMS this is a fairly basic trick, but one that not everyone appears to know.

A fairly standard layout of SSMS looks like this. 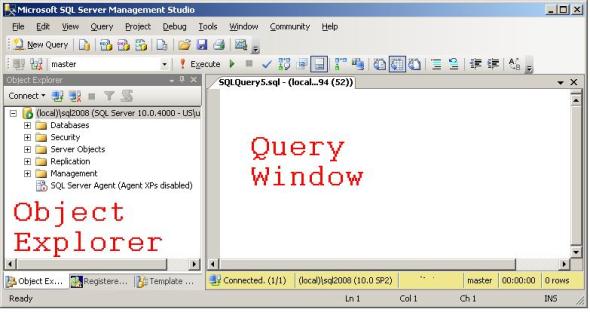 If you drill down, to say the table list, you can left-click and drag a table name from the object explorer to the query window. For long object names this can be a real life saver! 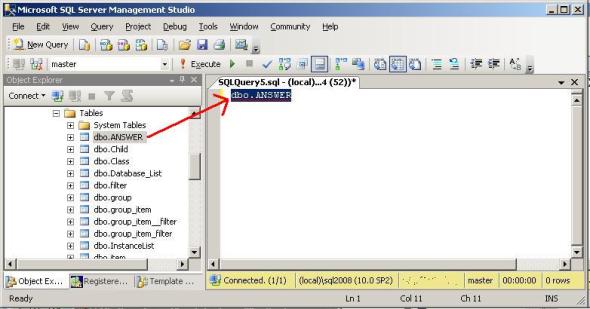 This trick will work with almost every object name in object explorer. One notable exception is the instance name. I have no idea why and I could wish that Microsoft would eliminate this exception in the future as it would have come in very handy on more than one occasion. In the mean time the ability to drag and drop the name of a Table, Column, Constraint, Index, Stored Procedure, Function, Login, or even a Job (to name just a few objects) has come in very handy time and time again.

Installing SSMS 2012 all by it’s lonesome

SQL Server Management Studio (SSMS) is not offered as a standalone download on MSDN.
Installation requires the user to download the...

If you're working in an environment as a developer without sysadmin privileges, and you are creating database diagrams using Management Studio...

I feel that it is wise move for a script to actually check itself that the database connection that is...

SQL Server Management Studio 2008 has several new features, including the T-SQL Debugger for easier debugging and a new Object Explorer Details window that's easier to use.

The Hassles of Travel - Part 2

I didn't want to go on this trip, but I agreed to do it. Now I regret it. My flight to Chicago was fairly uneventful, but it was running late. At 4:30CST the pilot says we should be on the ground in 30 minutes, which is good since I have to get to...