Attended SQL Server Geeks Annual Summit 2015 on last Wednesday (26/8) at Bangalore, India. Due to few urgent responsibilities at work, could attend only Pre Conference event on Wednesday, skipping the events on Thursday, Friday and Saturday.

The Preconference event I attended was "SQL Server Optimization and Tuning" by Benjamin Nevarez 🙂 No prizes for guessing why this session.. Of course for Mr.Optimizer Benjamin Nevarez!!! I have been a reader of SQL Server Internals Series of books since SQL Server 2005 and I am currently reading his SQL Server 2014 query tuning book and was obviously too thrilled to meet him and learn more from him. And yes, it did happen!!! 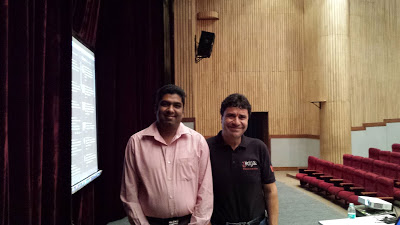 So, now getting to the actual session. The session was scheduled to start at 9 AM and Benjamin sir and most of the attendees were in at 8:45 itself. Session was off to a flying start, with Benjamin sir explaining importance of optimizer right from the starting days of relational database. After the gentle start, Benjamin sir wasted no time in getting into depth details of the optimizer. The scripts and examples showing things like transformation rules, experiments playing with transformation rules ( turning off few of them and saying "what  happens now" ) and usage of all the undocumented trace flags were mind-blowing. It gave the attendees a deep insight and a little tour inside the query optimizer itself. Genuine level 500 stuff which only Benjamin sir and probably  just a few handful of others in SQL Community are capable of doing.

On the post lunch session, we were scheduled to look at a array of topics like Indexes, Statistics, Plan reuse and parameter sniffing, Cardinality Estimator, Hekaton, & column store indexes. That's quite a lot for half a day ( 4 hours ) and hence perhaps Benjamin sir didn't go so much in detail in the sessions post lunch. I would have wished for few more 500 level stuff but due to time constraints and also to reach out to entire spectrum of audience, I guess it was designed to be a 300 level session. Nevertheless, it helped me clarify, one of those small things or little doubts which one has, even on the topics which you know the most.

Overall, the pre conference session was a great learning experience not just on a technical front, even on performing technical presentations. The way Benjamin sir was prepared for the sessions, his time management, the scripts, the demos , the organization of presentation slides was simply perfect. And needless to say, meeting a legend of the SQL Community like Mr.Benjamin Nevarez is absolutely priceless. So, overall a event which I would remember for long. Special thanks to Amit Bansal and his team for making this happen.

Other arrangements like food and beverages, organizers to look for any help, registration and directions to the hall were neatly handled. Overall a well managed event and kudos to the entire SQL Server Geeks team for their efforts!!! Few pictures which were taken by photographers of the event shared below. 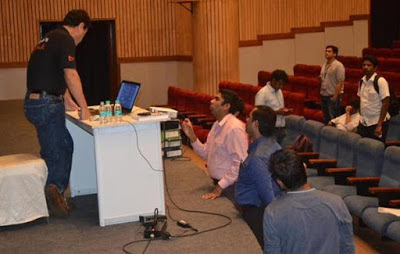 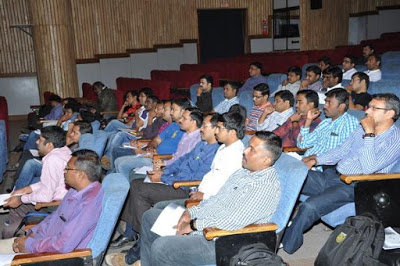 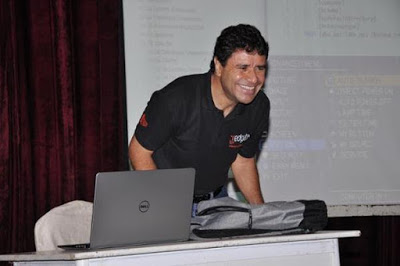