What if you wanted to consume XML data in SSIS, but the data wasn't stored in a file? Enter XML from data variable. Using this property, XML in memory can be used just as easily as if it was written to a file. This can be useful if you are loading data from an API on the web from an HTTP GET request.

I'm going to load my XML into a string variable. This is a limitation of the XML Source item. It only accepts string variables when using the XML from data variable option. String variables max out at 2GB, so if an XML doc is bigger than that, this approach won't work.

This example loads data into a table. Create the table by running the SQL below.

This example will walk you though making the HTTP request, putting the XML document into a variable then using that data to populate a SQL Server table. We are going to use an open datasouce published by the World Bank. 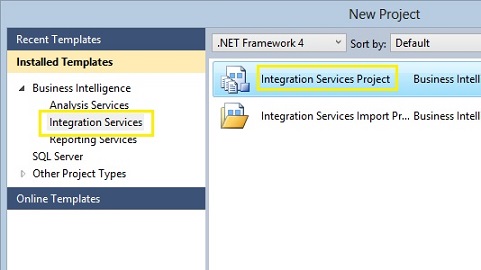 Now create 2 variables. One will hold the address of the API being called. The other holds the XML document.

Notice that xmlDoc is given an initial value of "". This variable must be initialized with a value or the package won't build. Your Variables Window should look like the image below. 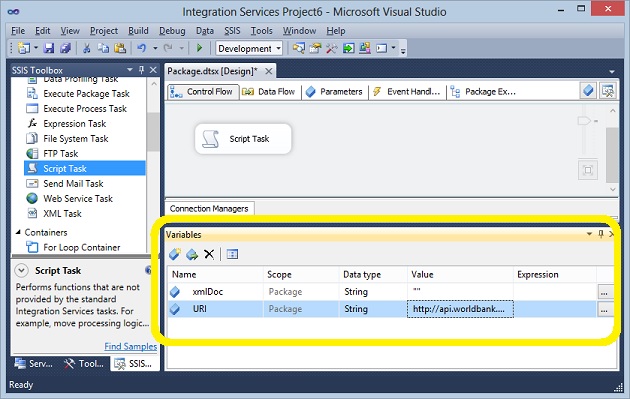 Now let's set up the script that will get the XML document and put it in a variable. From the SSIS Toolbox, drag-and-drop a Script Task onto the Control Flow tab. Double-click it to open the Script Task Editor.

Set ReadOnlyVariables to the URI variable and the ReadWriteVariables to xmlDoc as shown in the image below.

Click the Edit Button. Copy and Past the C# code below over what is presented to you. This is the code that makes the HTTP request and stores the XML in a variable. See the comments in the code.

After you've change the assembly name, click Build on the menu. You will get a drop-down with the project name for your script task. Click it to trigger the build. After the build finishes, go to the menu bar, click File then click Exit. Click OK on the Script Task Editor to bring you back to the Data Flow Tab. 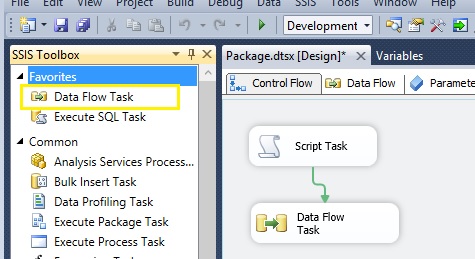 Before you continue, you are going to need an XSD file to define the XML coming in from the API. Before you start the next set of instructions, download the XSD file (if that link doesn't work, try this one). 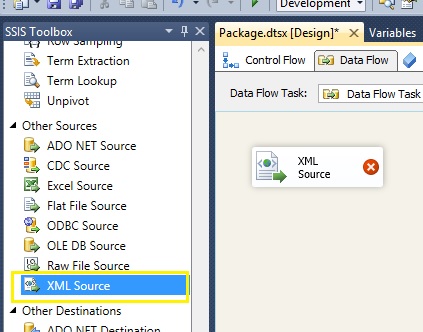 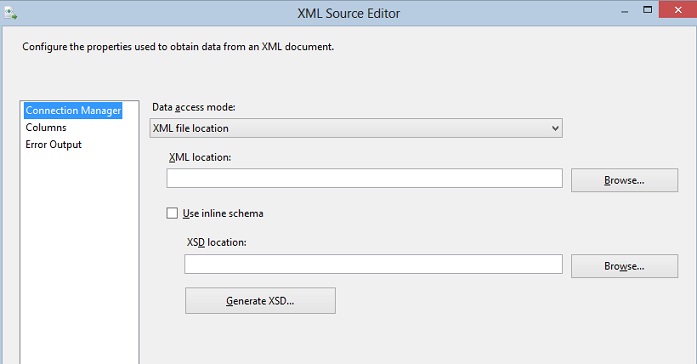 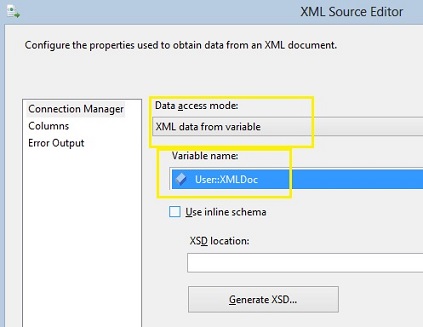 Click the Browse button beside XSD Location text box. Locate the XSD document you downloaded above and click Open. The XSD Location field should now be populated as shown in the image below.

Click OK at the bottom of the XML Source Editor. This will bring up an ugly list of warnings as shown below. Ignore them. Click OK to dimiss the warnings. 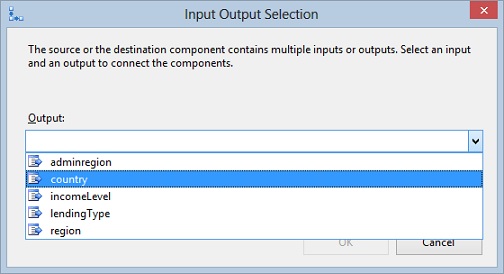 Double-click the SQL Server Destination. This opens the SQL Destination Editor. Under Connection Manager click New and select the server you want to connect to. The Use a table or view drop-down populates. Select the countries table you created at the beginning of this article. 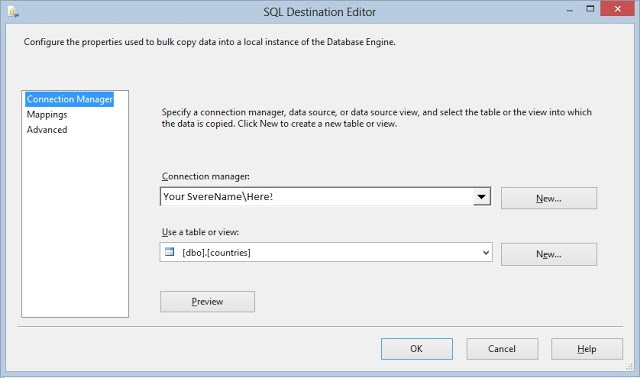 Click Mappings. You can see that the values in the XML document have been mapped to the columns in the table. Click OK. 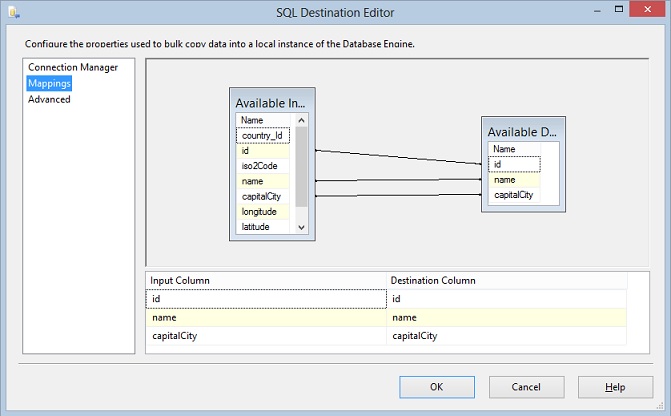 Now run the package. Go to the countries table and verify that the data from the WorldBank API was loaded into your table.

You've done it! You have used the XML from data variable option of the XML Source item. With this approach, you were able to load the XML document into memory, and write it directly to a SQL Server table, without ever having to save it to a file.

In this article, we will see how to use the FOR XML statement in SQL Server to represent the result of queries in XML format.

Basics of XML and SQL Server, Part 4: Create an XML invoice with SSIS

This article demonstrates how to build an SSIS package that generates an XML invoice document from data stored in SQL Server and saves it to an XML file.

Basics of XML and SQL Server, Part 3: Transform and Shred XML in SSIS

This SSIS package performs multiple XSL transformations on an XML document, then shreds the transformed document and inserts its data into a SQL Server table.

Second in the series of tools & techniques to help manage aspects Of Enterprise BI implementation.