I’m always trying to learn more about how the black box optimizer works and recently have been wondering how it resolves the following queries: 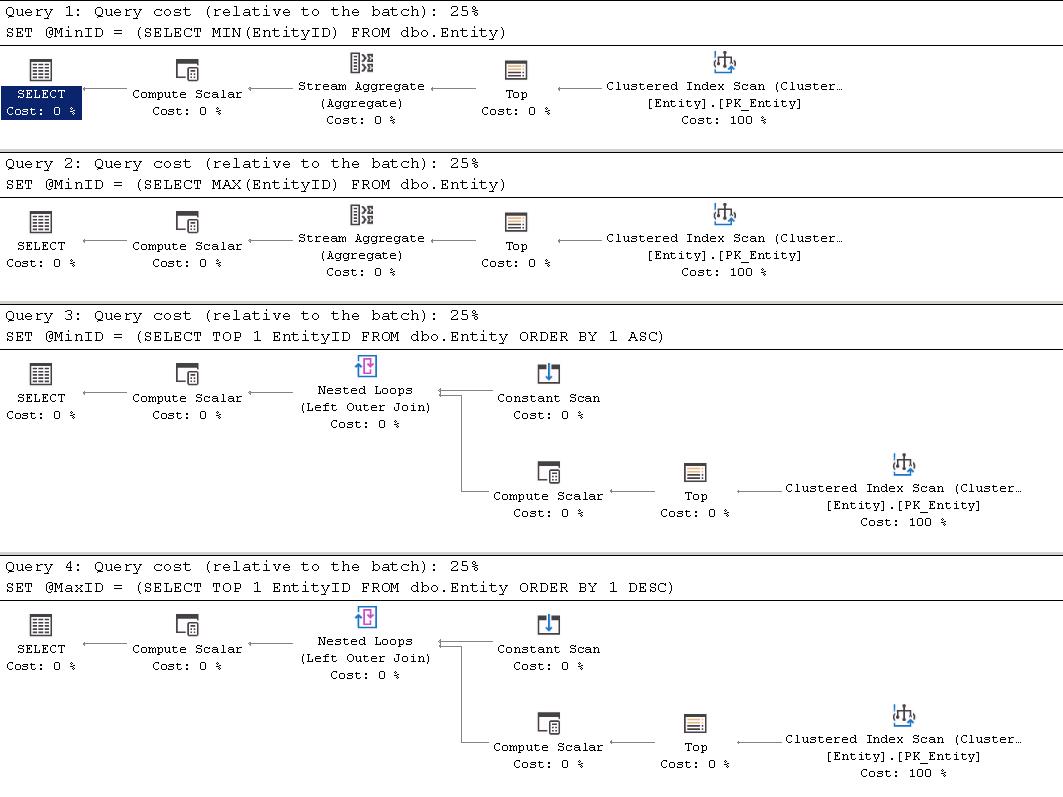 Hmmm, interesting!  I would have thought the optimizer might come up with the same query plan for each query, but the TOP queries end up with a slightly more complex plan. Let’s examine the 4 plans and see what the differences are.

All 4 seem to be equal according to the query cost (relative to the batch): 25%, but looking at the actual numbers Queries 1 & 2 have a subtree cost 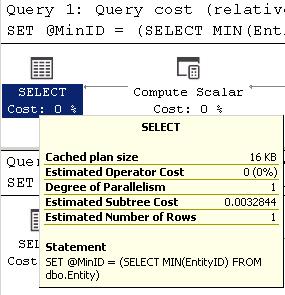 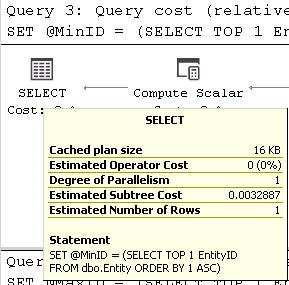 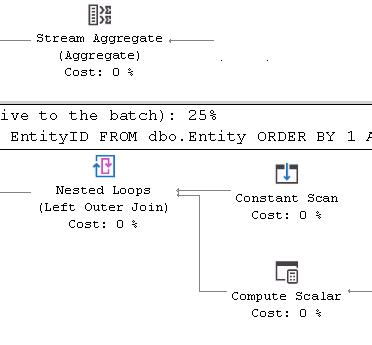 I’m not going to discuss the relative merits of these operators, but one factor not shown here is that all 4 queries gave cpu times of 0 secs (really this is less than 0.5 milliseconds), but the elapsed times for all 4 queries consistently showed increased times of 4-8 for queries 3 & 4 than queries 1 & 2.

This is the result (and the answer) I expected from all 4 queries, but really do wonder why there all the other operators in the query plan -- I thought the optimizer was "smart" enough to recognize simple queries and not need the extra operators. 🙁

Finally, something I did not initially expect to see were the 4 logical reads. Upon review of the following query

The partial results are

With 4 levels in the b-tree, even though one row was returned the queries still need to traverse 4 levels (i.e., 4 pages) to get the one row data.

So, what did we learn?  It appears that the aggregate functions MAX and MIN and the TOP function all start with the same Index scan, but how the optimizer then uses the intermediate results is slightly different. Is there a big performance hit using TOP.  I would say no, but if these TSQL statements were called 1000s of times over a short period time you might want to consider the MAX and MIN in lieu of the TOP function.

Some of my greatest mistakes

You are never too experienced to make mistakes. An occasional dose of humble pie serves as a reminder to up our game.