There is no SFTP (SSH/TLS-encrypted FTP) Task component in SSIS 2005/2008, but sometimes unencrypted file transfers are not acceptable.

Have the SSIS package generate a dynamic batch file to run psftp.exe with a command-line parameter that references a dynamic FTP-command script also generated by the package, then run the batch file as a system process.

The VB.NET code to execute the system process looks like this:

The script file referenced in the psftp.exe command line looks like this: 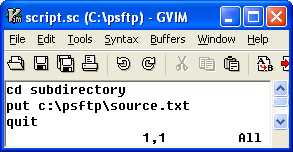 Attached is source code for the SftpScriptTaskDemo.dtsx SSIS package shown in the screenshot below. 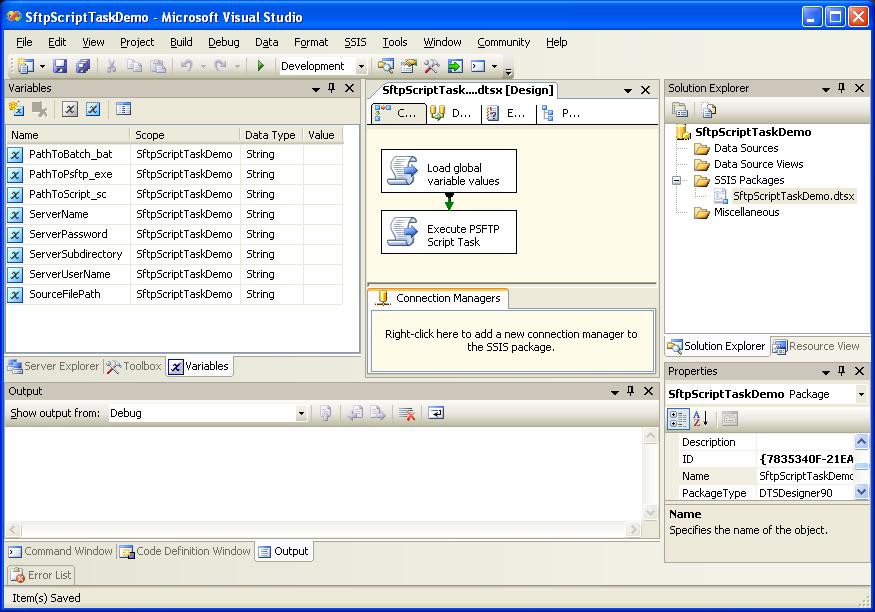 The following screenshot shows the global variables being loaded with values for the command-line paramters in the first script task. 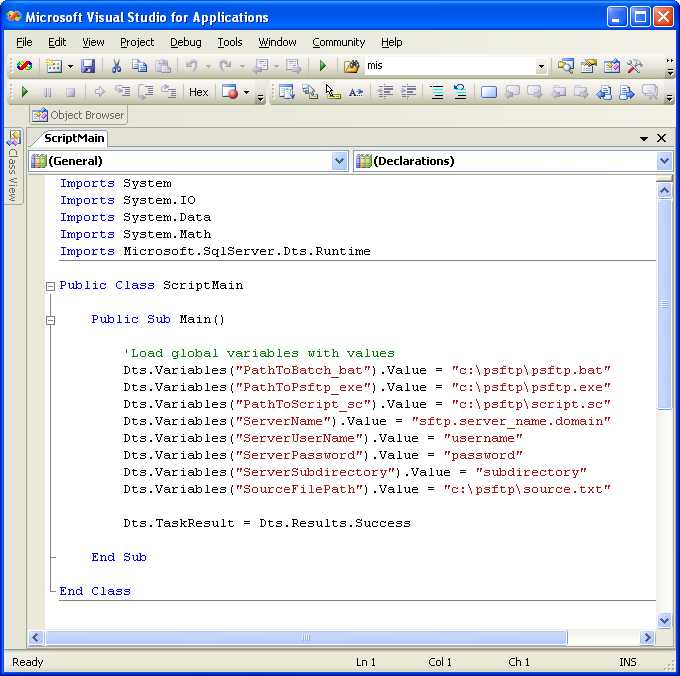 In the real world, this script task would dynamically read the SFTP parameters from a table or file.

The next screenshot shows that the global variables in the second script task are read-only variables. 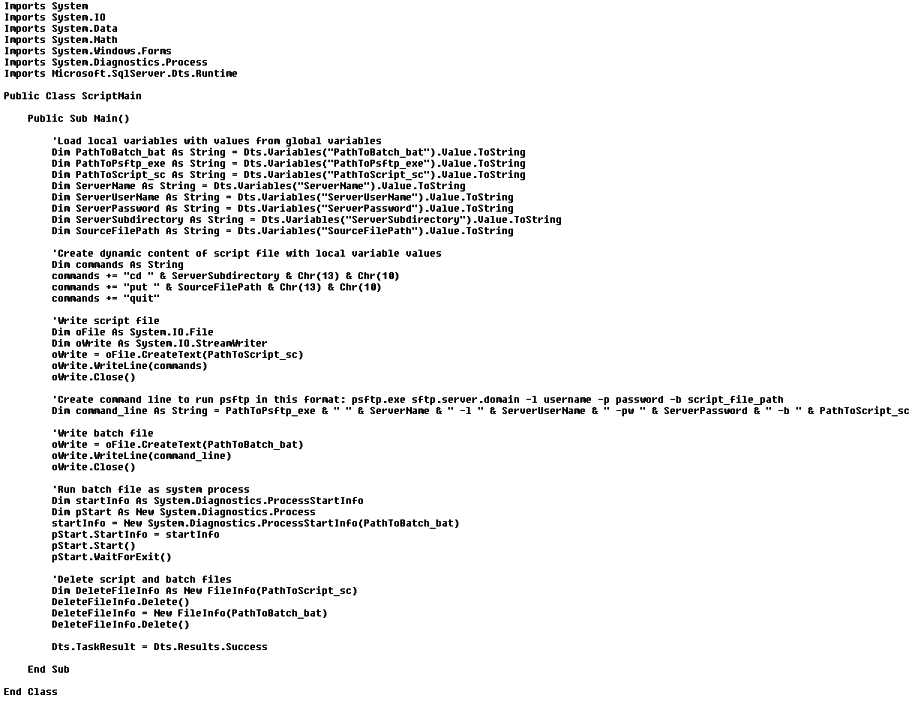 Create the c:\psftp\ subirectory and copy the psftp.exe and source.txt files into it. Import the SftpScriptTaskDemo.dtsx SSIS package into a SSIS project and modify it. Actually running the demo requires access to an SFTP server and authentication credentials. The parameters in the first script task should be modified accordingly to match the credentials for your SFTP server. Once you have the correct credentials, you can run the package.

This SSIS package generates XML invoice documents from data stored in SQL Server, then FTPs and/or Emails them to clients.