SQL Server currently has some very powerful and cool features, but the integration of R (the most used Analytics, data mining and data science software) into SQL Server is epic. The hope is that developers, analysts, data scientists, businesses and enterprises will begin to grasp the potential this offers.

I first published the article Data Science for SQL Folks: Leveraging SQL and R  on 11/03/2014. Three months after that publication Microsoft announced its acquisition of Revolution Analytics (Revo), the statistical software company focused on supporting the free and open source software R. I did not see the acquisition coming but like many others (esp. those in the BI and advanced analytics space), it was not a surprise.

The question is why the acquisition? And better yet, why did Microsoft thought it best to integrate R into SQL Server? In that article I sought to drive home the importance SQL (SQL Server), structured data, and R in value driven analytics, all of which underlines the basis of the acquisition and integration.

To put the importance of the acquisition and the integration into perspective once again; In KDnuggets poll which asks the data mining community and vendors for “The most used Analytics, data mining and data science software”, R and SQL were ranked 1st and 3rd respectively. In the 2015 Poll:

In this part of this series we will focus on the various R distributions available today and how they evolved before and after Microsoft acquisition of Revo. In the process, we will reconcile the R nomenclature which can be confusing even for veterans. For newbies, we will particularly learn how the flagship commercial R server came to be and how it Parallelized Algorithms enable enterprise scale predictive modeling and data mining solutions on Big Data.

Before these developments, on the average and for the most part, you might have had to use two or more different languages or development environments to effectively build and operationalize a statistical model that scales. This lack of flexibility and agility meant that;

Of course, today you can also do all of this in the cloud with Azure Machine Learning (using R or without writing any code), but this is out of scope in this series.

The R language was started by Ross Ihaka and Robert at the University of Auckland, New Zealand as a statistical computing and graphics tool.

It is a GNU project similar to the S language and environment, which was developed at Bell Laboratories (formerly AT&T, now Lucent Technologies) by John Chambers and colleagues. R can actually be considered as a different implementation of S. Even though there are some important differences R and S, much of code written for S will still runs under R.

R packages are modules developed to extend the capabilities of the base R source code. The capabilities of these community-created extensions ranges from tailored statistical techniques and data exploration to graphical and reporting tools. Whatever operation you can think of in the statistical modeling life-cycle there is probably a package for it. Normally, a selected set of some core packages are bundled with the base R installation at every release. The over 7500 remaining packages (as of January 2016) that not bundled with the base installation are primarily stored in the Comprehensive R Archive Network (CRAN) and other repositories where they can be freely download.

At a high-level there are three major R distributions today:

Figure 1: Evolution of the purely open-source and commercial version of R distributions.

Open-Source R (OSR) , also referred to as Base R, is the purely community supported R, it open-source with the R community contributing the numerous modeling algorithm and machine-learning capabilities. The community is also responsible for the ecosystem of more than 7500 packaged algorithms, data exploration and model evaluations, and graphical modules that extend the capabilities of the base R.

R as a language had inherent performance and scalability limitations because it runs in-memory, besides the limitations associated with purely open-source software. The various limitations of OSR are as outlined below.

After the Microsoft acquisition of Revo, RRO was later renamed Microsoft R Open (MRO) with more enhancements. Today MRO represents Microsoft Distribution of R with a high-performance engine which enables multi-threading as oppose to OSR. Other enhancement include support for Intel's Math Kernel Library of optimized math routines for science, engineering, and financial applications. It also comes with a reproducible R Toolkit, which ensures that results of R code execution are repeatable over time and that others who run the same code will achieve precisely the same results. It is fully compatibility with all packages, scripts and applications that work with OSR. Like OSR you are free to download, use, and share MRO.

Even though RRO added some multi-threading functionalities to the OSR, it still had some of the OSR limitations because the processing was done in-memory. Revo also wanted to build a completely commercial and enterprise distribution to address these data size limitations besides the open-source ones. The resulting distribution was called Revolution R Enterprise (RRE) which added unique modules that included:

Enhancements continued after Microsoft's acquisition and RRE was later renamed Microsoft R Server (MRS). The name of the modules has also changed. The RevoScaleR module is now simply referred to as ScaleR and RevoDeployR as DeployR. MRS is further differentiated from the free, open distributions by availability of 24x7 support.

R Server is currently ported inside multiple platforms including Hadoop, Teradata, Linux and the Azure Cloud. Because R Server is built around RRO, it provide an enhanced experience for the R User without loss of compatibility. R Scripts built for one platform using R Server can be easily run on another platform running R Server i.e., Write Once, Deploy Anywhere (WODA). Develop on the desktop and immediately deploy to RDBMS – SQL Server, EDW (SQL Server & Teradata), Hadoop (Microsoft, Cloudera, Hortonworks and MapR) and Azure (HDInsight and as VM)

Table 1 below shows a side by side look at key features  of the three R distributions. 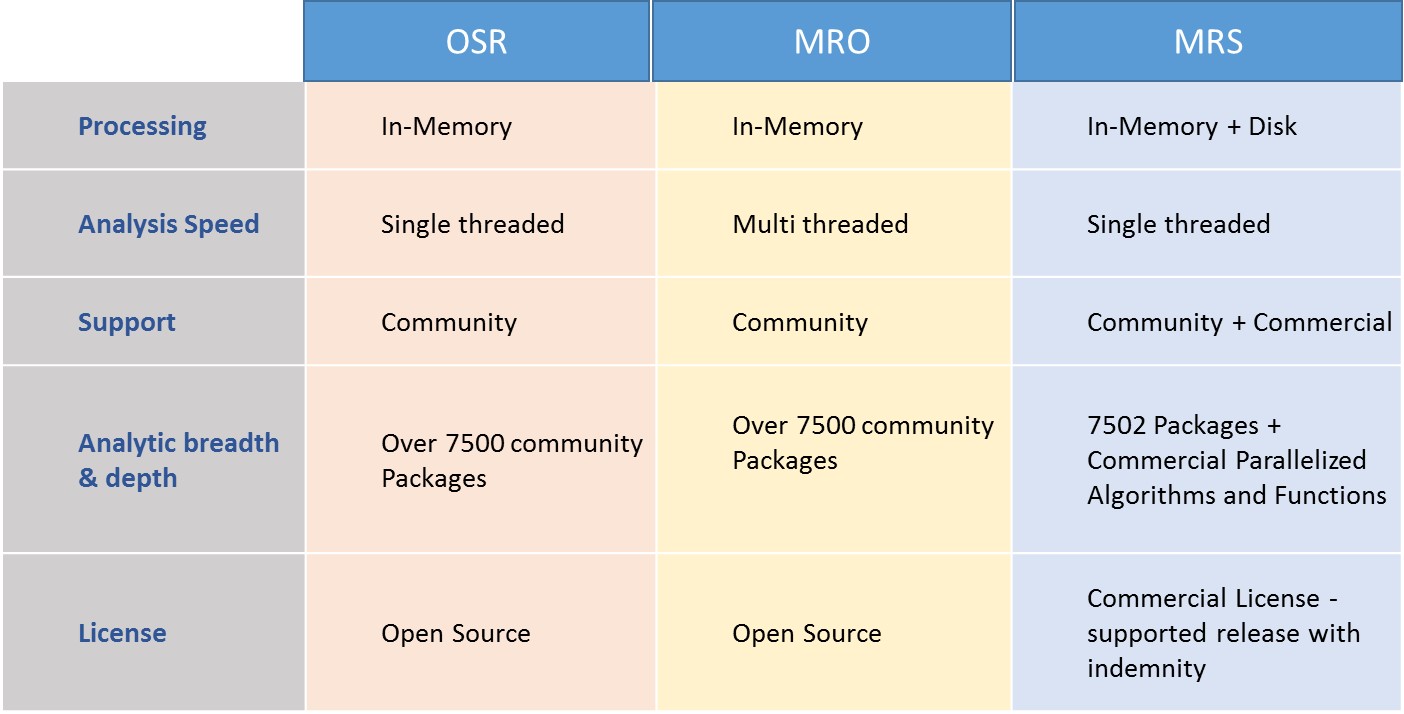 Figure 2 below shows the results of a benchmark test comparing the performance of OSR and a ScaleR algorithm. as can be seen on the fgure, When OSR operates on data sets that exceed RAM (about 300K observations in a dataframe), it will fail.

On the other hand it can be seen from the plot that ScaleR has no data size limit in relation to the size of the RAM. The ScaleR algorithm is seen to scales linearly well beyond the limits of the RAM (over 5M observations in a dataframe) and the parallel algorithms are much faster. 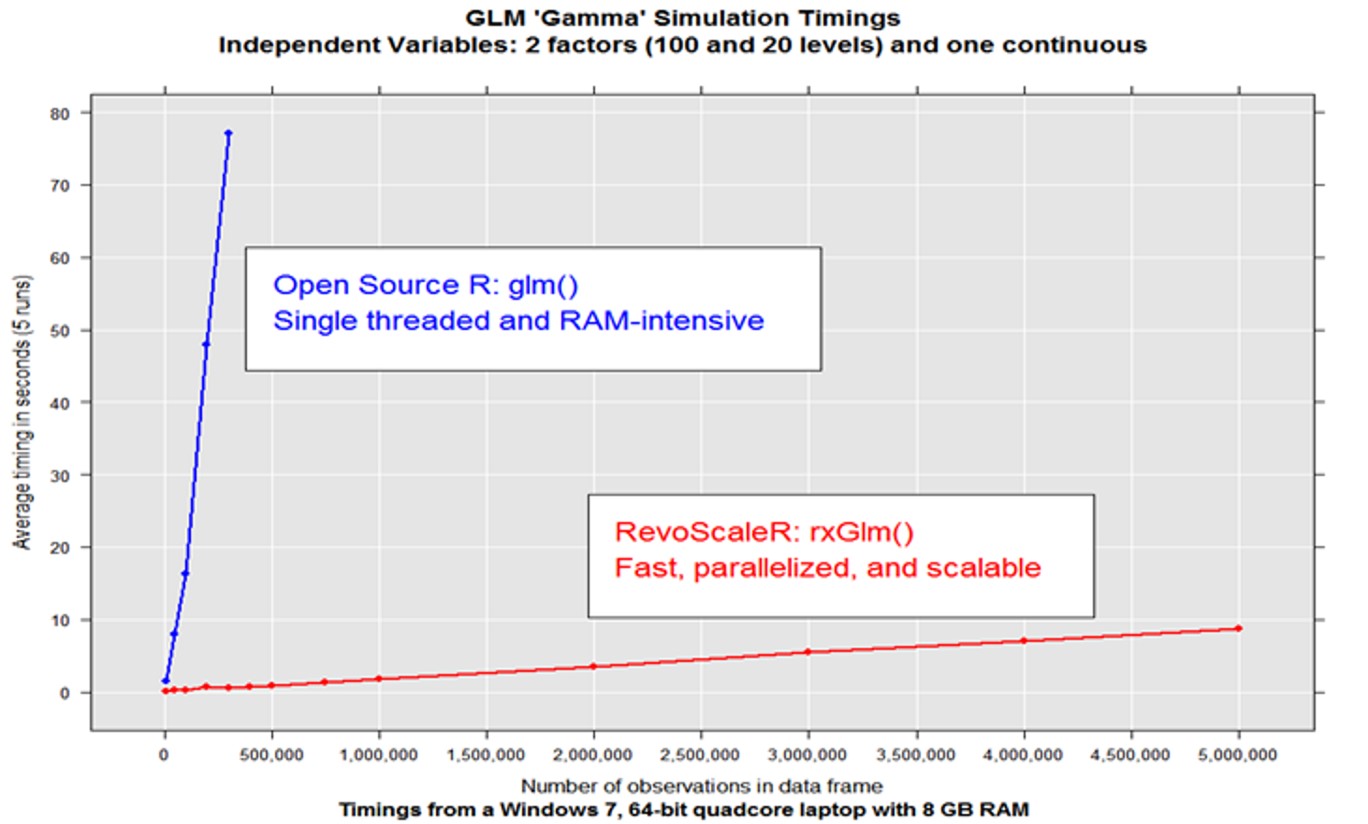 Figure 2: Showing Performance between OSR and a ScaleR algorithm in an Advanced analytics simulations.

As can be seen from Figure 3 below, MRS is built on MRO, but the underlying technologies that makes it capable of handling a massive amount of data and Enterprise Scale advanced analytics are ScaleR, DistributedR, and ConnectR. 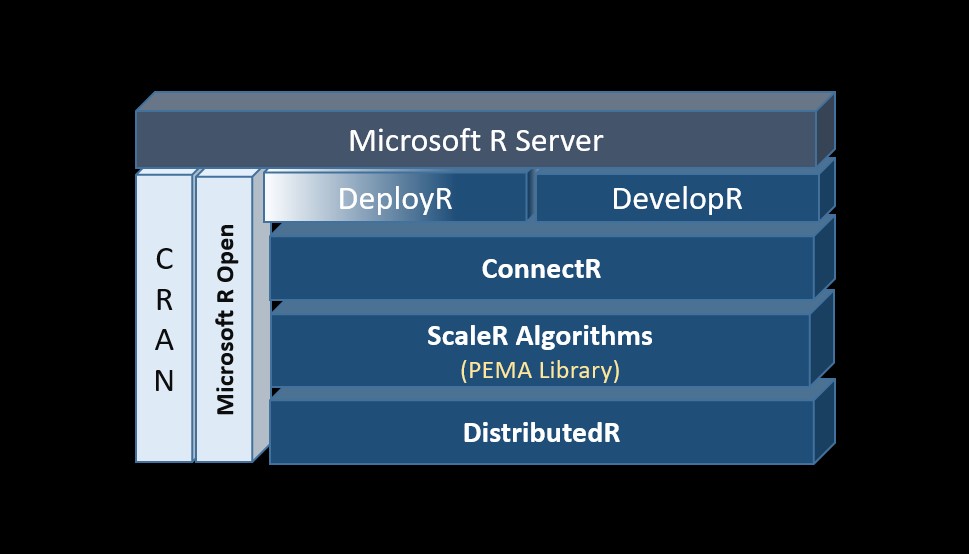 The framework consist of algorithms and functions written in C++ and implemented as a library of optimized Parallel External Memory Algorithms (PEMA), which manages available RAM and storage together. They do not require all data to be in RAM, data is processed in parallel and sequentially, a chunk at a time, with intermediate results produced for each chunk. Intermediate results for one chunk of data can be combined with those of another chunk, allowing distribution of the execution across cores and nodes.

ScaleR is also equipped with open database connectivity (ODBC) drivers and other connector which enable it to integrate with SQL Server 2016 databases, Hadoop (Cloudera, Hortonworks, or MapR), HDInsight clusters with Spark and Teradata data warehouses. Besides providing support for data import, data transformations, sorting, merging etc., it also It enables read and write to the ScaleR .xdf data file format on these platforms. XDF files are 5 times smaller than say csv and can therefore enhance performance significantly.

DistributedR provides the parallel execution framework that enables ScaleR algorithms to analyze vast data sets and scale from single-processor workstations to clustered systems with hundreds of servers. Also included in the frameworks are services like communications, storage integration and memory management.

The platform exposes distributed data structures such as arrays, data frames, lists and loops to store data across a cluster.

Machine Learning algorithms and graph algorithms primarily use matrix and adjacency matrix operations respectively, therefore for these, arrays act as a single abstraction to efficiently implement them. Using Distributed R constructs, data can be loaded in parallel from any data source.

The DeployR is the framework that is used operationalize R models, making it possible to add the power of R Analytics to any application, dashboard, backend etc. DeployR enables a web service based integration compatible with a broad array of tools, converting R scripts into analytics web services, so R code can be easily executed by applications running on a secure server.

In Part I we have learned about how the R evolved and how the community distributions (OSR and MRO) fail in operations on data sets that exceed RAM due to their in-memory data access model.

We also learned that, unlike the community distributions, MRS (which enjoys all the benefits of the community distributions) is able to scales linearly well beyond RAM limits with exceptional performance. It does this by processing advanced analytics workload on chunks of data sequentially and in parallel across numerous nodes in a cluster made possible by scaleR package. MRS ability to push processing to interoperable databases (SQL server, Hadoop, Teradata) means it is able to work and utilize cores on commodity hardware in the process. This ability to execute remotely (in-database, in-MapReduce and in-Apache Spark) and the integrated DeployR web services framework makes it aslso possible now to quickly operationalize scalable models from the same development environment.

By capitalizing on the flexible and agility provided by MRS, businesses can now run experiments, build and operationalize scalable advanced analytics (data science, machine learning) solutions and intelligent applications with costs keep low and contained and with minimum investment required to train developers in R.

In the next installments of this series, we will look at the various data science scenarios and context under which the R distributions can be used with SQL Server and then subsequently look at how to build and operationalize a predictive model entirely in SQL server 2016.

Distributed File Databases manage large amounts of unstructured or semi-structured data. Buck Woody shows how to install Hadoop in your Data Science lab to experiment with an example of the breed.

Graph database are an intriguing alternative to the relational model. They apply graph theory to record the relationships between entries more naturally, and are a good fit for a range of data tasks that are difficult in SQL. Buck Woody gives an introduction to Graph databases and shows how to get Neo4J up and running to get familiar with the technology.

Though the Key/Value pair paradigm is common to almost every computer language, there is no clear agreement yet for the definition of a Key/Value Pair database. However, Key/Value pair databases are valuable for special applications where speed of writing data is more important than searching and general versatility. Buck Woody experiments.