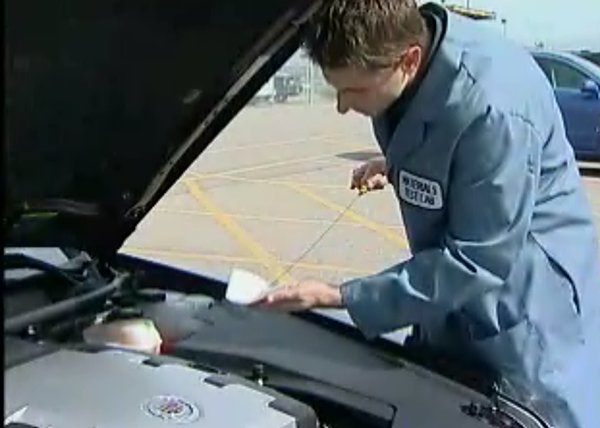 I'm fairly consistent in getting my cars serviced. I get the oil changed regularly, tires rotated, and try to keep up any maintenance items that I think will help the car run safely for a long time. It just seems like a good idea to me, despite the fact that I don't always see a direct benefit from changing the oil or moving tires from one end of the car to the other.

I was having a mini-debate recently with a few people about Service Pack 2 for SQL Server 2008. No, you haven't missed anything. It's not out yet, but I had commented that it was late. With Service Pack 1 being released in February of 2009, I was expecting Service Pack 2 to come out in February or March of this year. Seeing as how it's late April and there hasn't been a beta or CTP, I'm not expecting SP2 until later this year, which to me, is late.

A few people responded that they didn't think it much mattered. There were no critical bugs in place and if you needed something patched you could use a Cumulative Update (CU). After all, those are stable, aren't they?

I've heard quite a few people inside and outside of Microsoft say they trust the CUs are well written and stable. If CUs are stable, then how hard is it to roll them up and run regression tests? If it's hard, then are they that stable? It was the plan for Microsoft to just continue to release CUs for SQL Server 2005 until you voted 1100 times that you'd like to see SP4 for SQL | Server 2005.

My feeling is that we ought to get regular servicing from Microsoft on their products, especially with the end-of-support for various SP levels. We all know that the product is not completely finished and polished when it is released, and Service Packs are the way that many of us use to perform that regular servicing.

I'm wondering if those of you out there working with instances, do you want regular service packs? Or do you not worry about patches and just apply CUs if something breaks? Do you think that Microsoft should commit, in writing, when we fork over the money for their products, to provide yearly service packs? Take 10 seconds and let us know. I'm happy to admit I'm wrong if you disagree. I just don't think I am.

Take 2 minutes and let us know what you want.

The recent SQL Server 2014 Service Pack fiasco wasn't the first, but hopefully it won't be the last.

Microsoft has released a final service pack for SQL Server 2008 R2, which many of you might want to install.

Vote for final service packs for SQL Server 2008 and R2. Let Microsoft know that we want regular support across the entire lifecycle.

The Connect system from Microsoft doesn't work that well, but that doesn't mean we shouldn't continue to press Microsoft for change.

The End of Support

It can be nerve-wracking for a DBA when support for their server ends. This week support for SQL Server 2005 Service Pack 2 ended and Steve Jones talks about your options.